Booming after the blast

Since time immemorial, volcanoes have plagued human communities. Cities that took centuries to build were lost in minutes due to the havoc caused by the magma and ash fall. From Pompeii to Pampanga, many of the towns affected by volcanoes bore witness to numerous deaths and destruction.

A few of these victims, however, have managed to turn around their misfortunes and have since risen from the ashes.

Amid our fears of a possible Taal Volcano eruption and its devastation, let us take a look at the various places around the world that have managed to bounce back even after suffering the wrath of Mother Nature.

These examples serve as a reminder that an unwavering attitude and strong community spirit cannot be taken away even by a smoldering volcano. 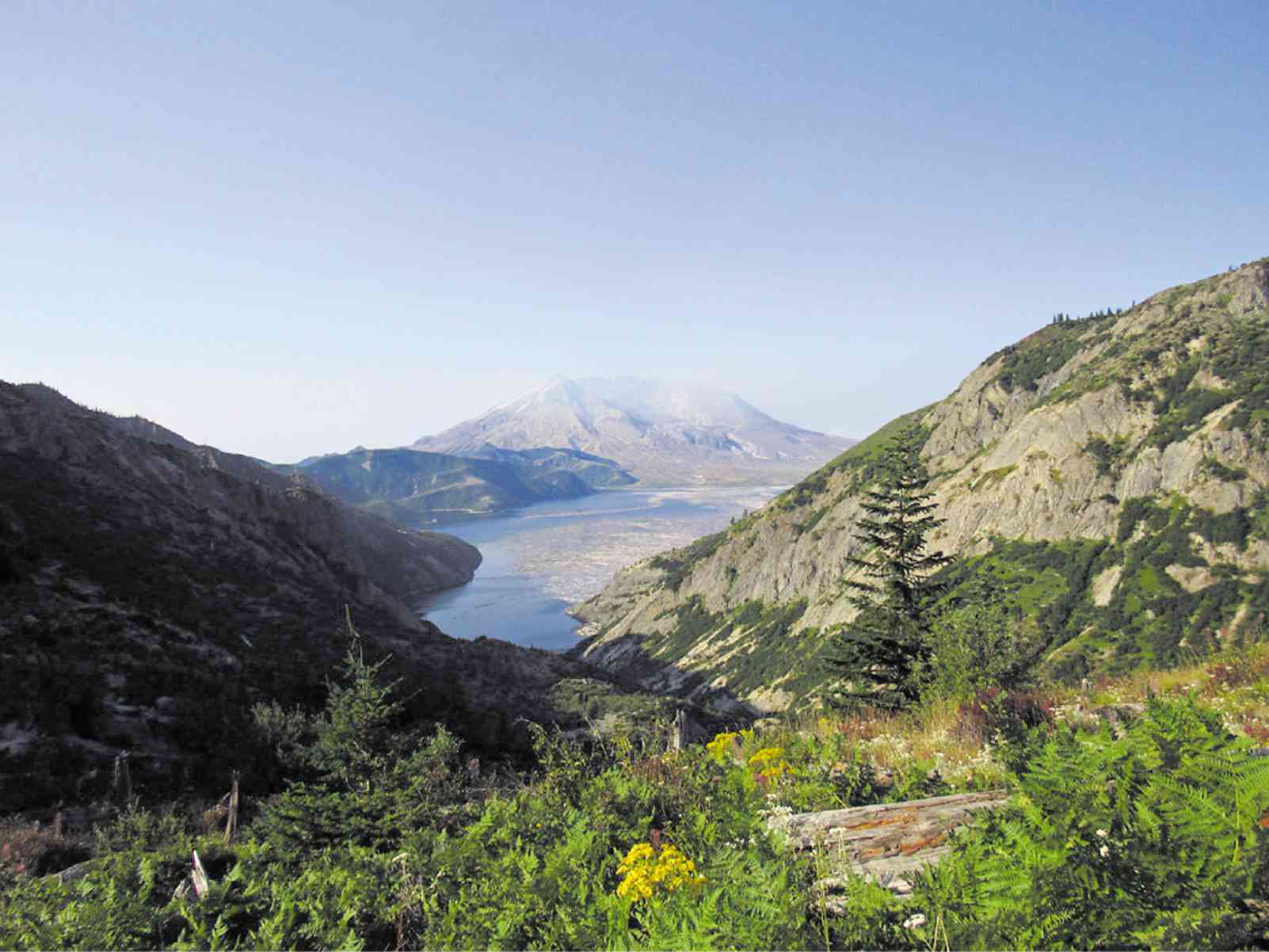 Forty years ago, Washington, United States, experienced one of its most damaging catastrophes: the eruption of Mt. St. Helens. In 1980, the peaceful Spirit Lake and the adjacent forest of Skamania County was buried in hot ash and pumice. The evergreen surroundings, once a popular campsite destination, became a ghost land in grey soot. With fallen trees, a buried lake and an abandoned forest devoid of life, there was little hope for the once beautiful landscape to regain its former glory.

That is why 40 years later, scientists are calling the area surrounding the volcano a miracle. If you visit the remains of the volcanic eruption now, you’d barely see any trace of ashfall. Instead, abundant flora and fauna have filled the place with new life.

With the towering trees no longer blocking out sunlight, a whole new set of plants and animals have claimed the land as their own. Since the eruption also discouraged mining and logging companies from setting up business, nature was allowed to carve its own, undisturbed road to recovery.

New plant and animal species emerged from the volcanic remains. While fireweed, ants and gophers could no longer be seen in the area like before, fireweed, sword fern and rove beetles replaced them. It appeared that with each loss, Mother Nature gave life to another being. The region has even become a warmer, richer environment. While it does not offer the same scenery as it did before the eruption, it gives hope to new beginnings and a promising future. 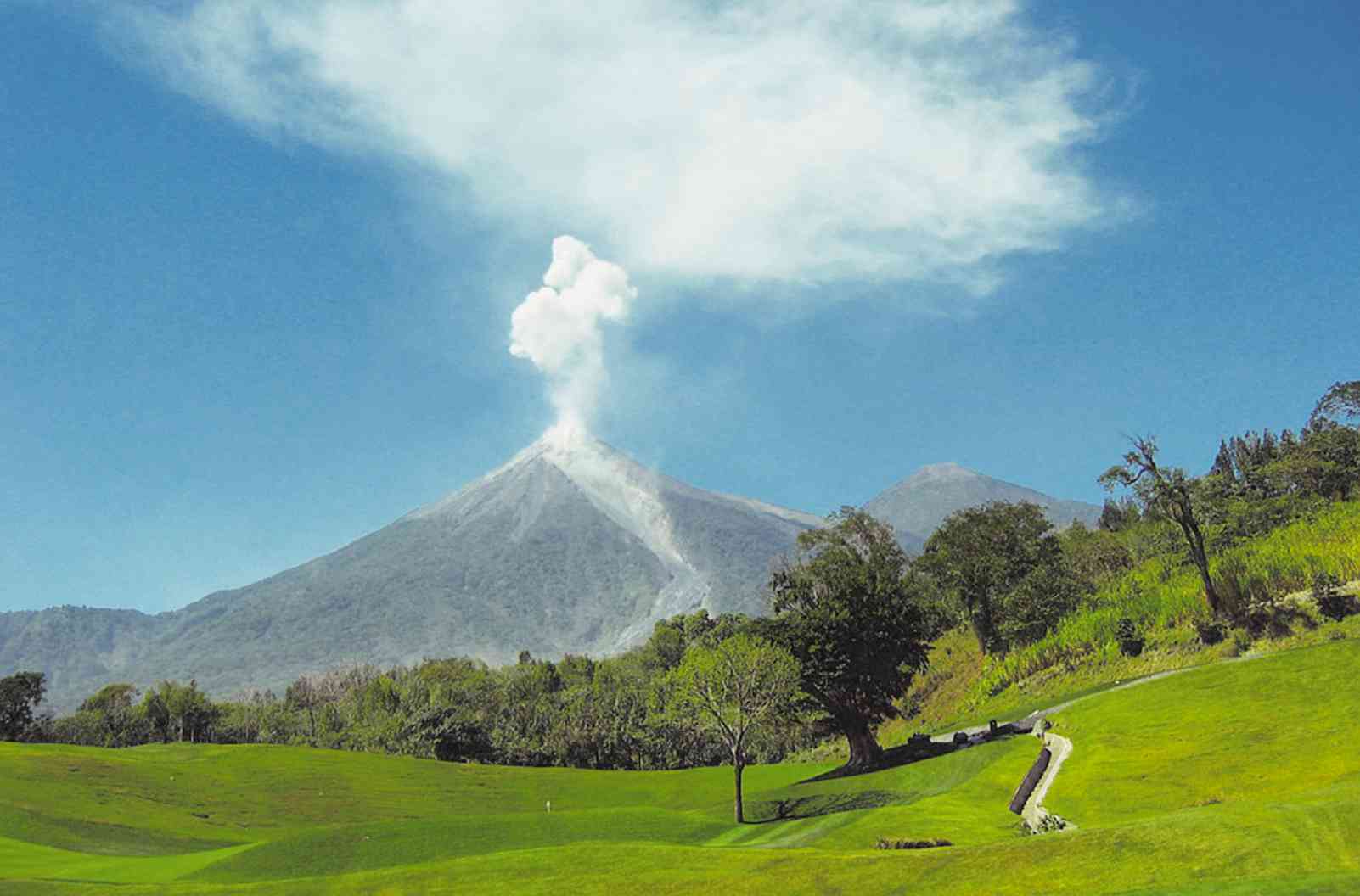 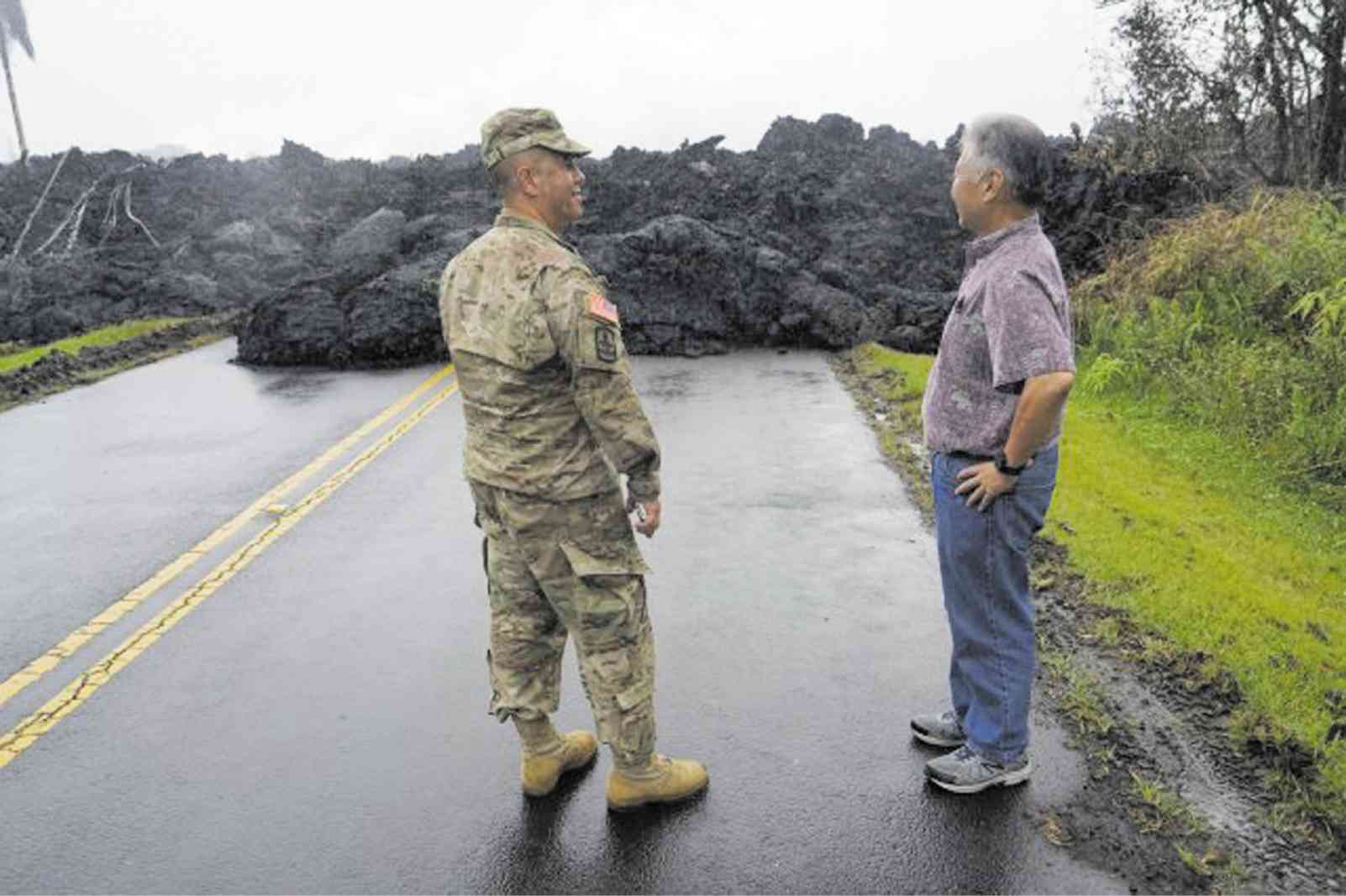 When you think of Hawaii, what first comes into your mind? Luaus, beaches and surfing? How about three active volcanoes that can erupt any time?

Mauna Loa, Hualalai, and Kilauea—three volcanoes that remain closely monitored since their eruptions in the ’80s—have made a livelihood for villagers. The tourist spots and agriculturally rich land have kept villagers within the vicinity of the volcanoes, assuring them of a source of livelihood.

The people’s peaceful co-existence with the volcanos came to an end in 2018. The Kilauea volcano, which had been in continuous eruption since 1983, finally unleashed boiling lava. The pyroclastic flow destroyed the homes in the nearby Leilani estates and Kapoho. Many people were displaced and injuries were reported due to the volcanic activity.

Despite the tragedy, many residents returned to the area, still determined to make a life in the hardened remains of the lava flow. The once evergreen land that brought in tourists had become a blackened ground, devoid of trees and plants. Despite this setback, people were still determined to make the area their home. Photos of villagers planting new crops and trees on their properties gave new hope to victims.

While the local government warns that the Kilauea volcano can erupt again, many locals find comfort in the effective evacuation procedures that kept them out of harm’s way during the last eruption. The County of Hawai’i also launched the “Talk Action, Take Action” project, an information sharing initiative, to aid the recovery of residents and mitigate future disasters. While the people of Kapoho and other affected communities remain in the process of rebuilding, there is much to look forward to in the new measures and stronger communities that resulted from the Kilauea eruption. 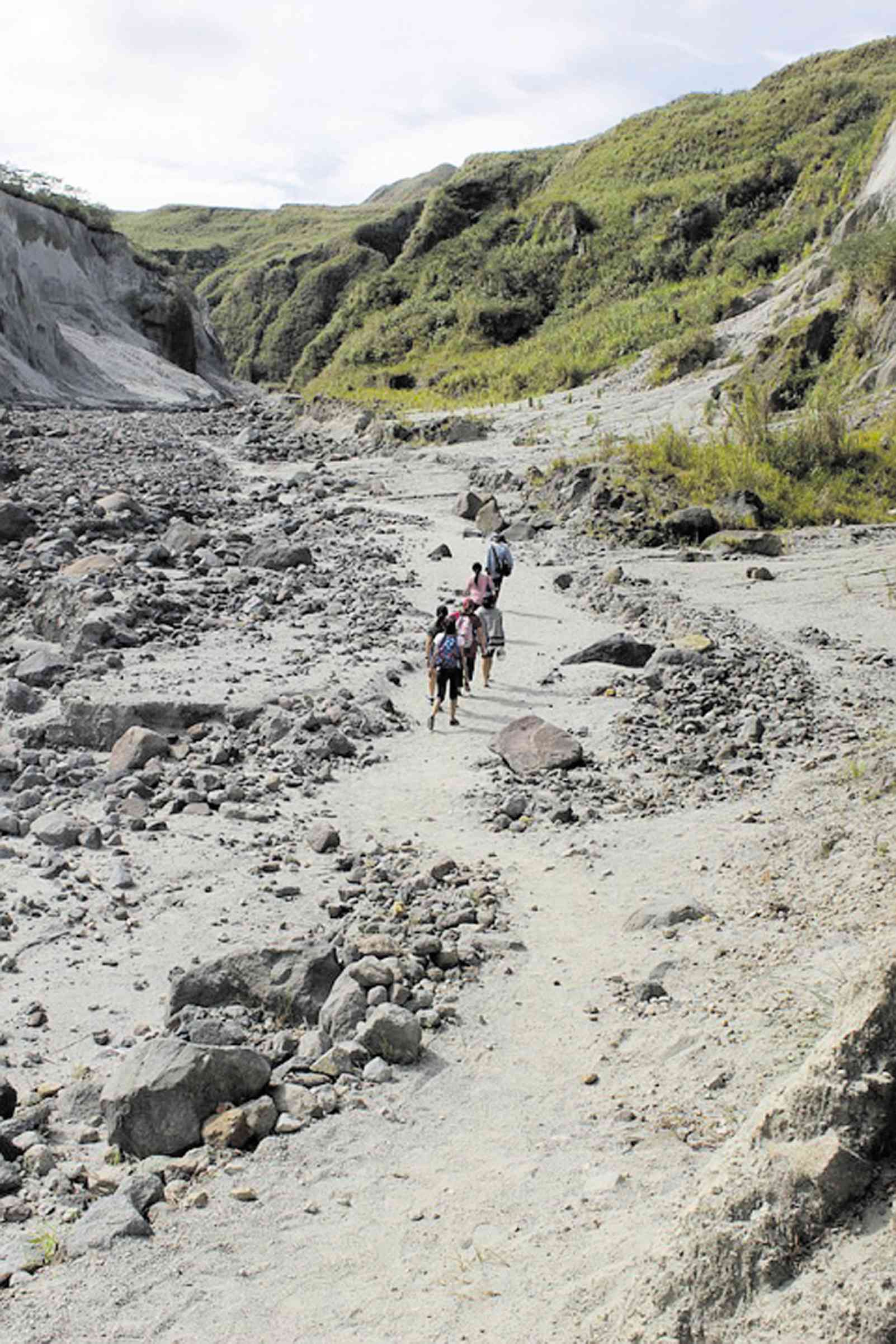 The Philippines’ very own province of Pampanga suffered in the June 15, 1991 eruption of Mount Pinatubo, a stratovolcano situated in the Zambales Mountains.

Dormant for decades, the volcano awoke from its slumber with a massive plume of ash three days before the fateful day. During this period, many residents in the nearby areas of Pampanga, Zambales and Tarlac were evacuated early, saving thousands of lives. When the volcano finally released gas-fueled magma and ash a few days later, an explosion occurred and had sent volcanic ash as far away as the Indian Ocean.

Pyroclastic surges and lahar floods subsequently destroyed buildings, roads, farm lands and natural landscapes. The official death toll count was 722 people according to the National Centers for Environmental Information (NCEI). Majority of these deaths were caused by collapsing roofs and continuous mud flows. In addition, 200,000 people became homeless in the aftermath. Overall, the eruption of Mount Pinatubo became one of the most destructive calamities suffered by the Filipino people during the 20th century.

Almost three decades later, the province of Pampanga still bear the effects of the eruption.

The province remains in the process of rebuilding, with many people still wary of the now still volcano. Despite the changes, one cannot help but admire the efforts made by locals to make the most out of the lahar that now covered their beloved land.

The caldera created in the wake of Mount Pinatubo’s eruption has been turned into a hiking spot, favored by locals and foreigners alike. More than 3,000 tourists a month now climb the volcano for fun, basking in the picturesque views and even swimming in the caldera lake. The danger of another eruption remains, but minimal volcanic activity has turned the volcano into an awe-inspiring tourist spot in recent years.

Lahar, which ravaged Pampanga in particular, has become one of the province’s biggest sources of revenue. Sand quarrying has become widespread in the area as the fine volcanic ash produced by Mt. Pinatubo turned out to be highly prized in the construction industry. Pumice stones, ash sculptures, and other handicrafts have also generated income for the resourceful locals.

Overall, Central Luzon continues to rebuild the town and communities, but it has managed to incorporate the effects of the volcanic eruption into its economy. While it cannot be denied that Mt. Pinatubo destroyed many homes, lives and livelihoods, people have turned the volcano into an unlikely ally in their road to recovery.