US stocks close lower amid jitters over virus outbreak 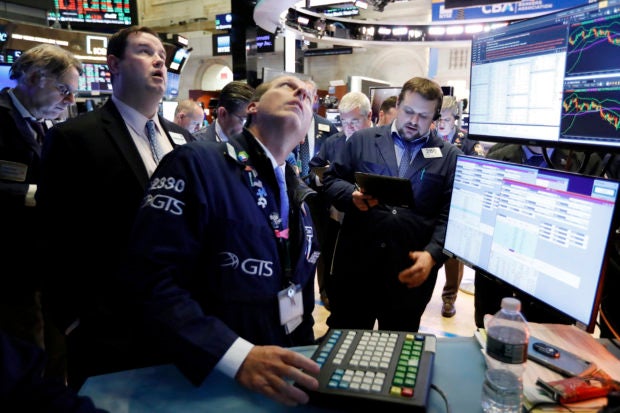 The sell-off snapped a three-day winning streak by the S&P 500. The benchmark index ended last week at an all-time high.

The selling in U.S. stocks followed losses in Asian and European markets as investors worried that the new coronavirus spreading in the world’s second-largest economy could hurt tourism and ultimately economic growth and corporate profits.

Six people have died, and 291 have been infected in China, just as people in the country were preparing to make billions of trips for the Lunar New Year travel season.

And a U.S. citizen who recently returned from China was diagnosed with the new virus in the Seattle area, making the United States the fifth country to report a case, following China, Thailand, Japan and South Korea.

Within the S&P 500, stocks of U.S. companies that cater to Chinese tourists had some of the biggest losses, along with general travel companies, such as casinos and airlines.

“From an investment standpoint, the risk with any virus is in the scope of its economic impact, and the mere fact that this has spread from China overnight to the U.S. so quickly reinforces the idea that the negative fallout could be global rather than local,” said Alec Young, managing director of Global Markets Research for FTSE Russell.

The selling began early in the first trading day of a holiday shortened week and followed sell-offs overnight in Asian markets and downbeat trading in Europe. China confirmed many people’s fears late Monday when a government expert said that the new type of coronavirus affecting the country can transmit from human to human, increasing its potential spread.

The outbreak “is developing into a major potential economic risk to the Asia-Pacific region,” said Rajiv Biswas of IHS Markit in a report.

Biswas pointed to the example of the 2003 outbreak of severe acute respiratory syndrome, whose economic impact was felt as far away as Canada and Australia.

To cope, investors were looking at playbooks for past outbreaks, such as SARS in 2002-2003, where airlines, railways and other transportation companies saw their stocks slide the most, followed by retailers and hospitality companies, according to strategists at Jefferies.

Las Vegas Sands fell 5.4% and Wynn Resorts tumbled 6.1% for two of the largest losses in the S&P 500. Both casino companies get most of their revenue from Macau on China’s southern coast.

Headlines about the spreading coronavirus gave investors an excuse to take profits following the market’s recent record-setting run. The benchmark S&P 500 hasn’t had a single-day drop of more than 1% since October.

“Investors have shown a lot of optimism, and that might make some a little bit skittish,” said Willie Delwiche, investment strategist at Baird. “Valuations are elevated.

In this sort of environment, I don’t think it takes much of a headline to trigger a reaction.”

Tuesday’s drop for the S&P 500 index follows a strong run for the market. Fears of a possible recession have faded, and investors expect the Federal Reserve to keep interest rates low, and the S&P 500 has risen in 13 of the last 15 weeks.

U.S. companies are in the midst of reporting their earnings results for the last three months of 2019, and early indications are encouraging.

Less than a tenth of S&P 500 companies have reported their results so far, but of them, 72% topped analysts’ forecasts for profits.

Those forecasts were low, to be sure, with analysts saying S&P 500 profits fell last quarter for the fourth consecutive time, according to FactSet.

Boeing shares slid 3.3% after the aircraft manufacturer said that it doesn’t expect federal regulators to approve changes to the grounded 737 Max until this summer — several months longer than the company was saying just a few weeks ago.

Wholesale gasoline was unchanged at $1.64 per gallon, while heating oil declined 2 cents to $1.83 per gallon.