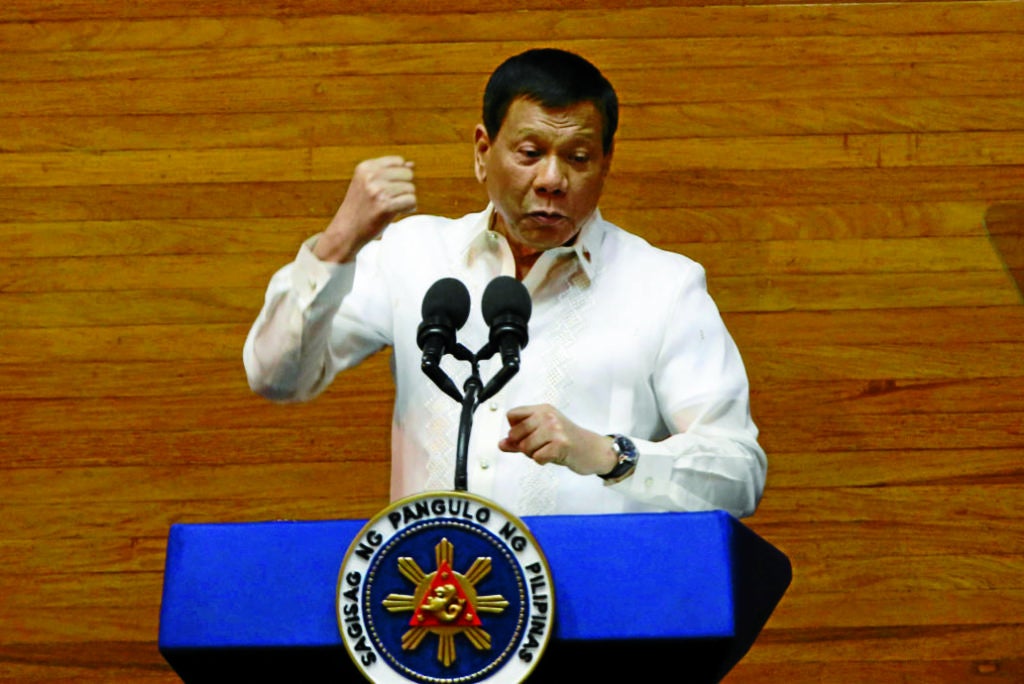 MANILA, Philippines–President Rodrigo Duterte’s threats to takeover the capital’s water services and cancel the franchise of giant media network ABS-CBN could lead anxious investors and creditors to be more watchful of the country’s regulatory environment, which may jack up loan rates.

Romeo L. Bernardo, country analyst for the Philippines of the Global Source Partners, warned such situation could prove detrimental to public-private partnership deals for infrastructure projects.

“The continuing rants cannot but put these business groups in a somber mood, especially given the President’s strong one-sided demands,” said Bernardo, who served as Finance undersecretary during the Ramos administration.

Duterte has threatened a government takeover of Manila Water Co. Inc. and Maynilad Water Services Inc. unless the two private utilities accept a new deal to replace the one first crafted in the 1990s when Metro Manila’s troubled water system was privatized and which the President calls a “colossal rip-off.”

The companies, which serve some 16 million customers, have drawn the President’s ire since they won a P7.4 billion arbitration ruling against the government last month over rejected rate increases.

Duterte has claimed the water firms were committing “economic sabotage” with terms they obtained in their 1997 franchises, including recouping corporate income tax costs from ratepayers.

The companies took over water distribution from the government after a water crisis in the capital, caused in part by the system’s heavy debt and a notoriously inefficient pipe network.

Bernardo expressed apprehension that Maynilad and Manila Water may be “facing problems financing future investments” if constrained to accept all the “10 or so” revisions in the new water deals allegedly crafted on government’s terms.

Meanwhile in late December, a month after he vowed to see to it ABS-CBN would not get congressional nod to renew its franchise, Duterte told the Lopez family, controlling owner of the publicly listed firm, to just sell the network. Its franchise expires in March.

The emerging markets consulting firm believes the President’s threats create uncertainty and investors and creditors would be “more watchful of political and regulatory risks in long-term infrastructure projects.”

Bernardo said such scenario will not be favorable to public-private partnership (PPP) projects and will affect government efforts to develop and go full blast on infrastructure.

“Higher risk assessments that lead to larger risk premia on lending and/or stronger parent firm guarantees to secure credits would spell bad news for PPP projects and government efforts to build up the country’s infrastructure, something that would extend well beyond the term of this administration,” he said.

In December, Fitch Solutions Macro Research warned that government’s decision to unilaterally revise the water contracts with Maynilad and Manila Water would put private firms contracting with the government at “high regulatory risk.”

Nevertheless, Fitch Solutions Macro Research still expressed optimism that investor confidence may recover in the long run if the country continues to develop its PPP deals.

The initial list of nine PPPs out of 75 government infrastructure projects has been revised to 26 PPPs out of 100, showing an addition of 17 PPPs. Projects to be funded through PPP will cost some P1.77 trillion of the total flagship project value of P4.2 trillion.