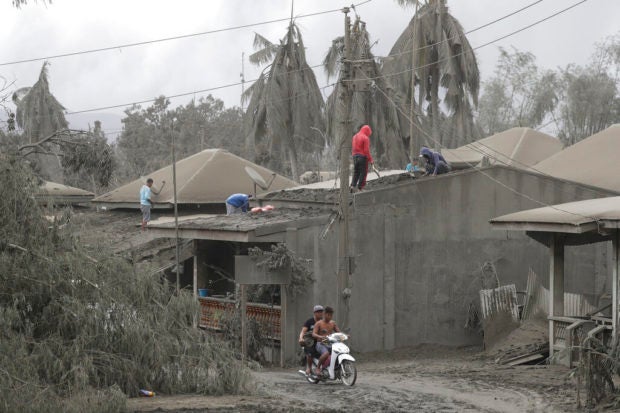 Seven power generators shed a total of 1,799 megawatts (MW) in generating capacity, reining in their operation due to the ashfall from Taal Volcano’s eruption, according to the Department of Energy.

Still, National Grid Corporation of the Philippines said the Luzon grid was in normal condition as of Tuesday morning with a reserve capacity of 903 MW.

Based on DOE monitoring, Units 1 and 2 of the Pagbilao coal-fired power plant—operated by Team Energy Corp.—both reduced output to 120 MW from 382 MW. Unit 3, operated by Pagbilao Energy Corp., also scaled down to 131 MW from 420 MW.

In Mauban town, Quezon Power Philippines Ltd. eased down to 185 MW from 460 MW. In an adjacent facility, San Buenaventura Power Ltd. derated to 180 MW from 455 MW.

Kepco Ilijan Corp. brought down operations to 182 MW from 600 MW for both of its generators in Batangas.

These include the 1,000-MW Santa Rita, 500-MW San Lorenzo and 97-MW Avion power plants—all located in the same energy complex in Batangas City. A fourth plant— the 414-MW San Gabriel power plant—is on scheduled shutdown for the period Jan. 4 to 18.

“Under such condition, our gas turbines can potentially suffer damage from the continuous ash fall, which, in turn, could affect our ability to deliver power,” the Lopez group firm said.

“Any possible decision to curtail our Batangas power plant operations will be based on safety and good utility practice considerations,” the company added.

Further, NGCP said four major transmission lines that were still out—two with a capacity of 500 kilovolts (kV) and two with 230 kV—run through the 14-kilometer danger zone and could not yet be reached by repair crews.

The grid operator has deployed 22 teams and is now conducting foot patrol and inspection of the affected facilities that are outside the zone cordoned off by local governments.

“Aerial inspection outside the critical areas was also conducted to thoroughly assess the effect of the ashfall,” NGCP said. “Cleaning of the facilities and lines affected will begin as soon as prevailing conditions in the area improve.”

At the distribution level, the DOE said about 150,000 customers—or connections—of Manila Electric Co. and Batangas 1 and 2 electric cooperatives were affected by power service interruptions.

“This number will continue to go down as the linemen and the other field personnel continue to clean and restore the electricity services,” the DOE said. INQ