Fighting for the right to IP 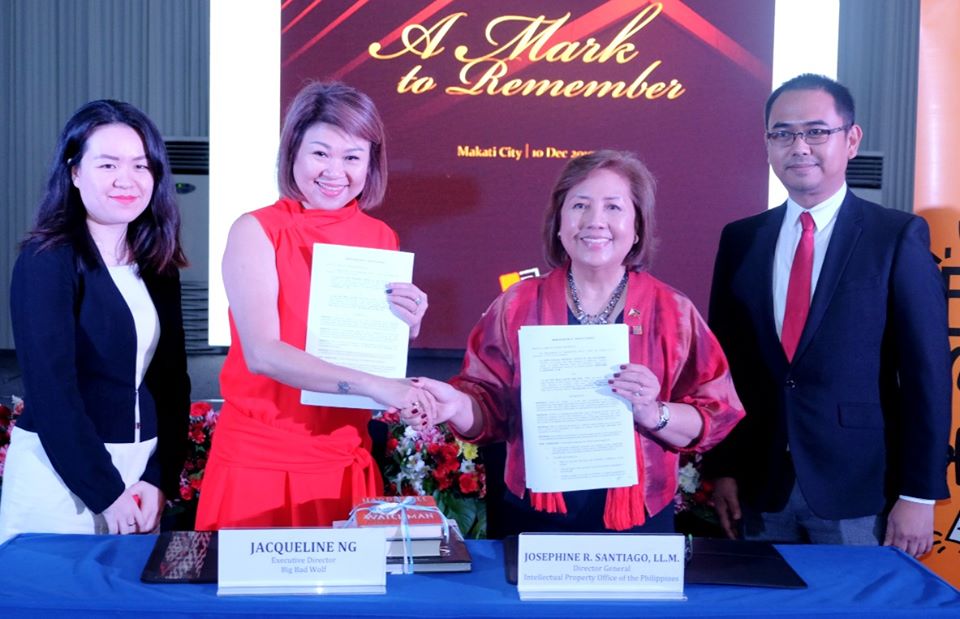 Like a young professional fresh out of college, the Philippines’ intellectual (IP) property system is still in its “exploration stage,” and, therefore, needs a few more years of training and experience under its belt before it can achieve its most efficient state.

That’s according to the Intellectual Property Office of the Philippines (IPOPHL) Director General Josephine Santiago, who, toward the end of 2019, gave an update of the agency’s achievements in the last four to five years, which she shared with their partners in an event in Makati City.

The numbers Santiago presented show a promising future for the country’s IP system: trademarks filed reached almost 40,000, which represents a 47-percent increase since 2015; and from five years ago, the number of patents, utility models, and industrial designs filed also rose by 20 percent, 186 percent, and 71 percent, respectively.“The IP system had been guided well enough and structured strongly for it to be confident of what it wants to be: demystified, democratized, development-oriented to benefit the Filipino people,” said Santiago in a separate interview. “But as with many of us after college… [it needs to] hone its skills and discover strategies which it can employ toward the achievement of its goal, and also to remain intact no matter what transformations the IP system goes through under different regimes.”

One strategy which IPOPHL strongly focuses on is increasing Filipinos’ awareness on IP rights. Santiago said they do this through a number of channels, including social media, where they post fun and interesting facts on IP, and Intellectual Property Satellite Offices and Innovation and Technology Support Offices, which are located in different provinces.

Aside from forming new partnerships, Santiago cited a few other indicators that the work that IPOPHL has been doing is finally bringing IP into mainstream discussion. According to her, attendance at IPOPHL’s IP Academy, or the “national center for IP knowledge, learning and development, and research and publication,” which offers lectures on different IP-related topics, has been growing steadily.

“The IP Academy, although at a nascent phase, has achieved a number of milestones: holding the first World Intellectual Property Organization Summer School in the Philippines; securing accreditation as a Mandatory Continuing Legal Education (MCLE) provider and subsequently holding three widely attended MCLEs in Luzon and Visayas; and partnering with CHED and Tesda,” Santiago said.

Aside from professionals and students, IPOPHL’s mission to increase awareness on the IP system extends to its programs for micro, small, and medium enterprises (MSMEs).

The Juana Program, which was initially called “Juana Make a Mark,” waives certain application fees for MSMEs headed by a woman or has at least one woman in its founding team.

Santiago said the program had been extended for a third round and has so far benefited about 2,000 women-led MSMEs.

It has also been expanded to benefit women wanting to apply patent, utility model, or industrial design protection for their works.

“The programs are now dubbed ‘Juana Invent’ and ‘Juana Design.’ Aside from it being a Filipina name, Juana sounds like the informal contraction of ‘want to,’ which sounds like an encouragement for others to seek protection for their works,” Santiago said.

The awareness and education drive on the Philippines’ IP system is something close to Santiago’s heart—and it’s something she hopes will continue even after she leaves the office. “As a professor for 10 years, the cause of education is close to my heart. And combining it with IP, another subject I have devoted some 10 years of my life, made me feel very strongly in forwarding this IP education strategy, which I am certain will be my battle cry even after exiting the IPOPHL halls,” she said.

And as for her “student”—the country’s IP system—Santiago says she sees great promise.

“I am confident that it has grown to be a responsible, results-oriented, and focused adult,” Santiago said.