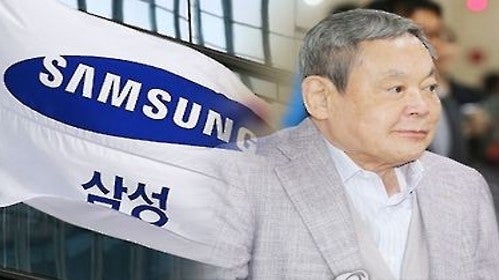 According to CEO Score, Lee’s stock assets rose the most in the nation in 2019 and he is the only individual whose share value exceeds 10 trillion won here.

Lee’s immediate family members figure in the top 15 list, with a combined value of more than 30 trillion won.

His wife, Hong Ra-hee, came in sixth with a 0.91 stake in Samsung Electronics whose estimated value is 3 trillion won. His two daughters, Lee Boo-jin and Lee Seo-hyun, ranked 11th and 12th, with each holding a 5.51 percent stake in Samsung C&T. The value of their stocks stood at 1.7 trillion won each.

Meanwhile, the Celltrion and Hanmi Pharmaceutical chiefs saw the biggest decline in their stock assets.

Read Next
New Year brings 3rd tranche of tax hikes
EDITORS' PICK
Is it safe to talk politics again at family gatherings? ‘The Reconciliation Dinner’ shows us what that’s like
The Best Tech Gifts For The 2022 Holidays
House energy committee chair Arroyo bats for cheap electricity
EDITORIAL: To a bike-friendly future
Pagasa: Warm, sunny Sunday in most parts of PH
vivo’s coming to town to grant wishes with more holiday promos
MOST READ
LOOK: Vhong Navarro transferred to BJMP detention facility in Taguig
The Elephant Man in the Senate
Posh village as ‘shabu’ haven
LOOK: Zanjoe Marudo bonds with Ria Atayde, her family
Don't miss out on the latest news and information.