Harrods to head to China in 2020, its first outside UK | Inquirer Business
Close
menu
search

Harrods to head to China in 2020, with first stand-alone outside the UK 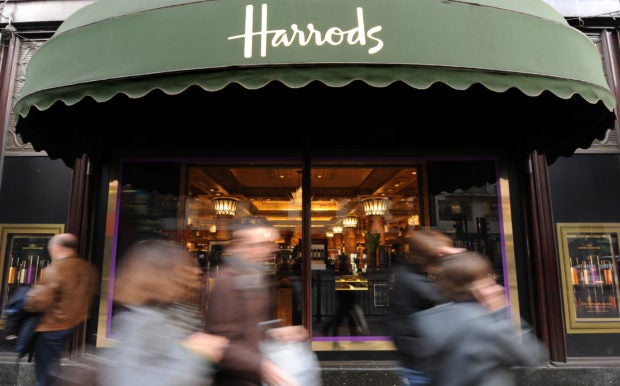 Harrods department store has confirmed it will open its first stand-alone store in China, in Shanghai next year. Image: AFP/Ben Stansall via AFP Relaxnews

London-based department chain Harrods has confirmed it will expand its empire with an outpost in China next year — marking the first store for the company outside the United Kingdom.

The British brand’s first stand-alone site in China will open by the middle of next year and be located in Pudong, a district in Shanghai.

The news, originally reported by The Telegraph, was revealed via an interview with Harrods managing director Michael Ward, who said after 10 years of investing in the region, the company has decided to respond to customer demand and the increasing luxury appetite of the surging middle class with a more permanent presence in China.

Specifically, while Harrods has spent the past decade hosting events and opening pop-up stores in China, Ward said the new Japanese villa-style store — dubbed The Residence — will “follow the money” and focus on the wealthiest private clients. The Pudong district of Shanghai has a major concentration of wealthy millennial customers in particular.

“We see continued growth of China, but we see a need to be a more permanent resident in China,” he added.

The site is expected to be limited to high-end private shoppers who will have access to a dedicated bar and tea room on-site, as well as exclusive events hosted by luxury brands throughout the year. IB/JB