Learning from the Jack Ma school of business 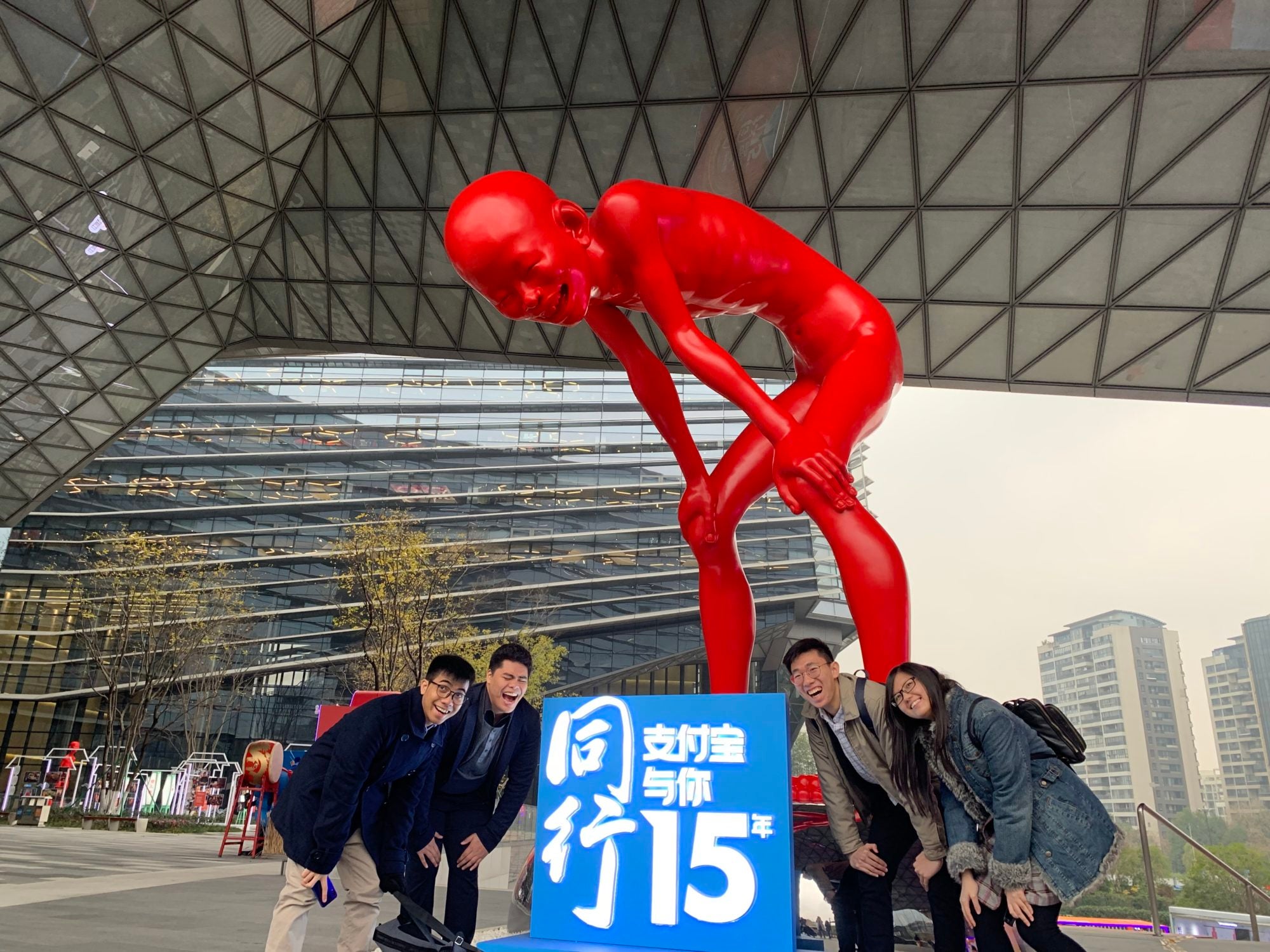 A summer internship that extended well into the winter months was a lesson in resilience, selflessness and passion in the workplace for four students who participated in the Ayala Group Summer Internship Program (Agsip) in July—and won the conglomerate’s first Ayala Group Interns’ Innovation League (AGILE) competition.As part of their prize, they went to an immersive two-day tour of the Alibaba Group’s Xixi Campus and Ant Financial’s Z Space in China in December.

The Philippines is part of Ant Financial’s network through GCash, developed by local fintech Mynt, a company that is the result of a partnership between Globe Telecom, Ayala Corp. and Ant Financial.

The four interns were given a glimpse into what could be the Philippines’ cashless future, as Ant executives demonstrated their company’s latest innovations surrounding cashless payments, which has been strongly adopted across China. These include facial scanners at convenience store checkout counters, and in vending machines (no need to fish around one’s pocket for loose change!); a bike-rental service that allows one to just pick up the bike parked in designated areas by scanning a QR code; and self-checkout counters in supermarkets.

But amid the high-tech showcase, what made the biggest impact on the four interns were Alibaba’s company values and culture, thanks to the leadership of its founder.

At Alibaba’s Xixi Campus, which has eight buildings in its compound

“It was two of [Alibaba’s] core values—‘If not now, when? If not me, who?’, and that it’s better to make a bad decision than not to decide at all—that really resonated with me,” said Tian, a BS industrial engineering student at the University of the Philippines Diliman, in an interview with the Inquirer on the second day of the group’s immersion. “Basically these mean that if you want to do something, just do it. No time for indecision, or waiting for the right opportunity, because you only have now.”

“Jack Ma’s leadership has been written about already so many times, but what stuck to me [after learning of Alibaba’s history] was how human he is,” added Pascual, who is taking up Master of Science in management at the University of Asia and the Pacific. “He faced so many challenges, and at one point he was scared for the future of his business, but he was able to rise above all that. It shows how much resilience he has. Also, he stuck to his dream, and he was clear about it, and he was unapologetic about it.”

Cabelin, who is taking up BS electronics engineering also in UP, and Ramos, a management information systems student of the Ateneo de Manila University, said they were struck by Ma’s selflessness and genuine desire to help people. 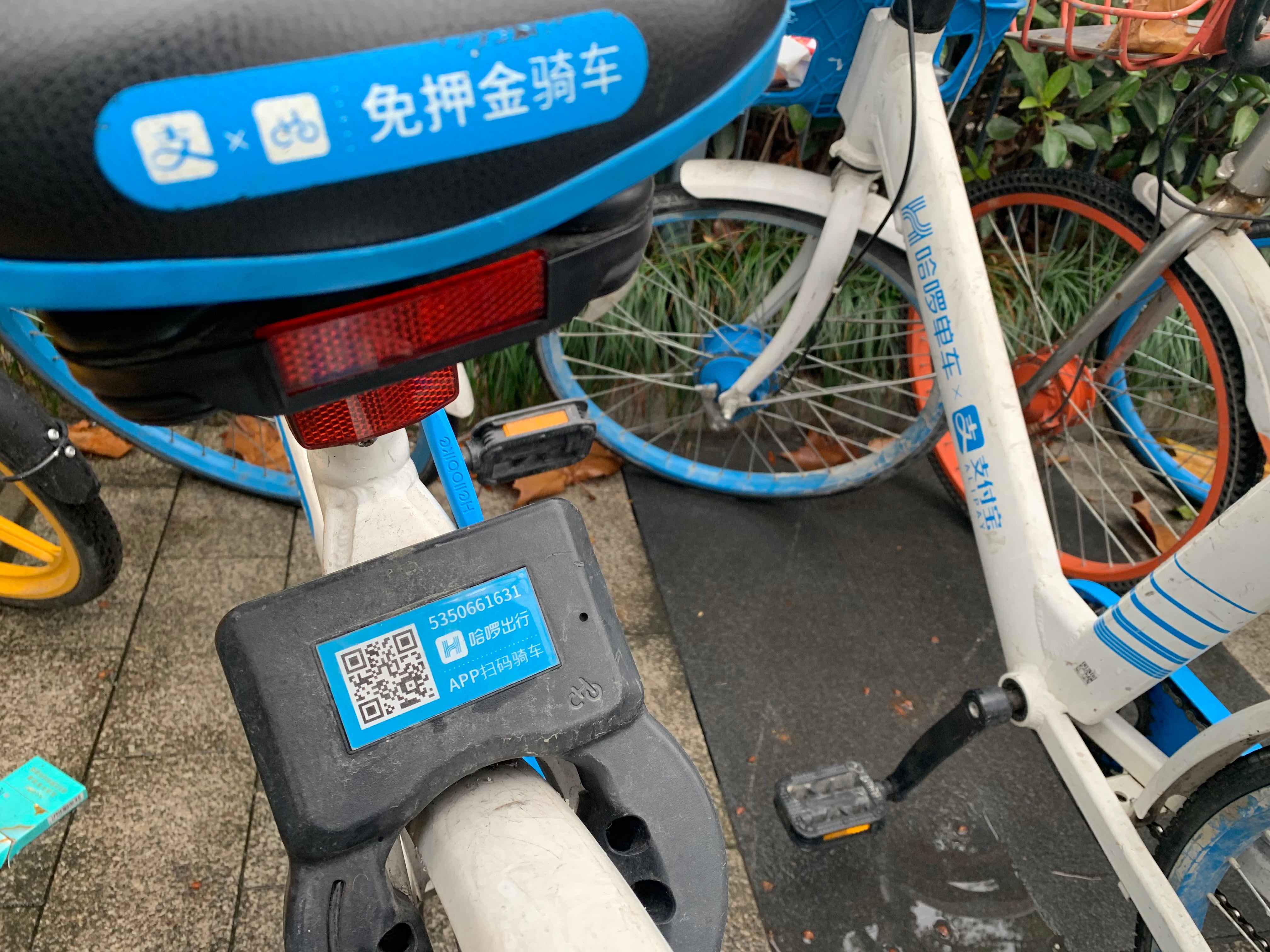 One can rent these bikes parked all over Hangzhou by simply scanning this QR code on the Alipay mobile app.

“[Jack Ma and his partners] weren’t thinking about profit right away. Their main goal is really to help China and its people, and you can see it in their products and projects. It’s really nice to see how selfless a huge company can be, even if it’s earning so much,” said Ramos, who graduated from the Ateneo de Manila University.

“Jack Ma’s vision is amazing. When he heard about the internet years ago, he already saw how useful it could be,” Cabelin added. “I also like how they put focus on helping small and microenterprises, and also women entrepreneurs.”

It was mentioned during the tour that Ant provides services primarily to small businesses. The company also has programs in place to help specifically female business owners.

Cabelin, Pascual, Ramos and Tian won AGILE, which had over 100 participants and 20 groups, because of their business pitch called “Paglago,” an app which connects farmers directly to canteen owners, allowing them to earn from their produce sales since it gives them market access without the need for middlemen. Should they choose to pursue their careers with the Ayala Group (also part of their prize are job offers from the corporation), the four students will get to continue working on developing their business idea.Seeing Alibaba and Ant Financial’s tech developments particularly excited Cabelin. As an aspiring engineer, he said the whole experience was “inspiring,” because he realized that a lot of simple problems could be solved by the appropriate technology. 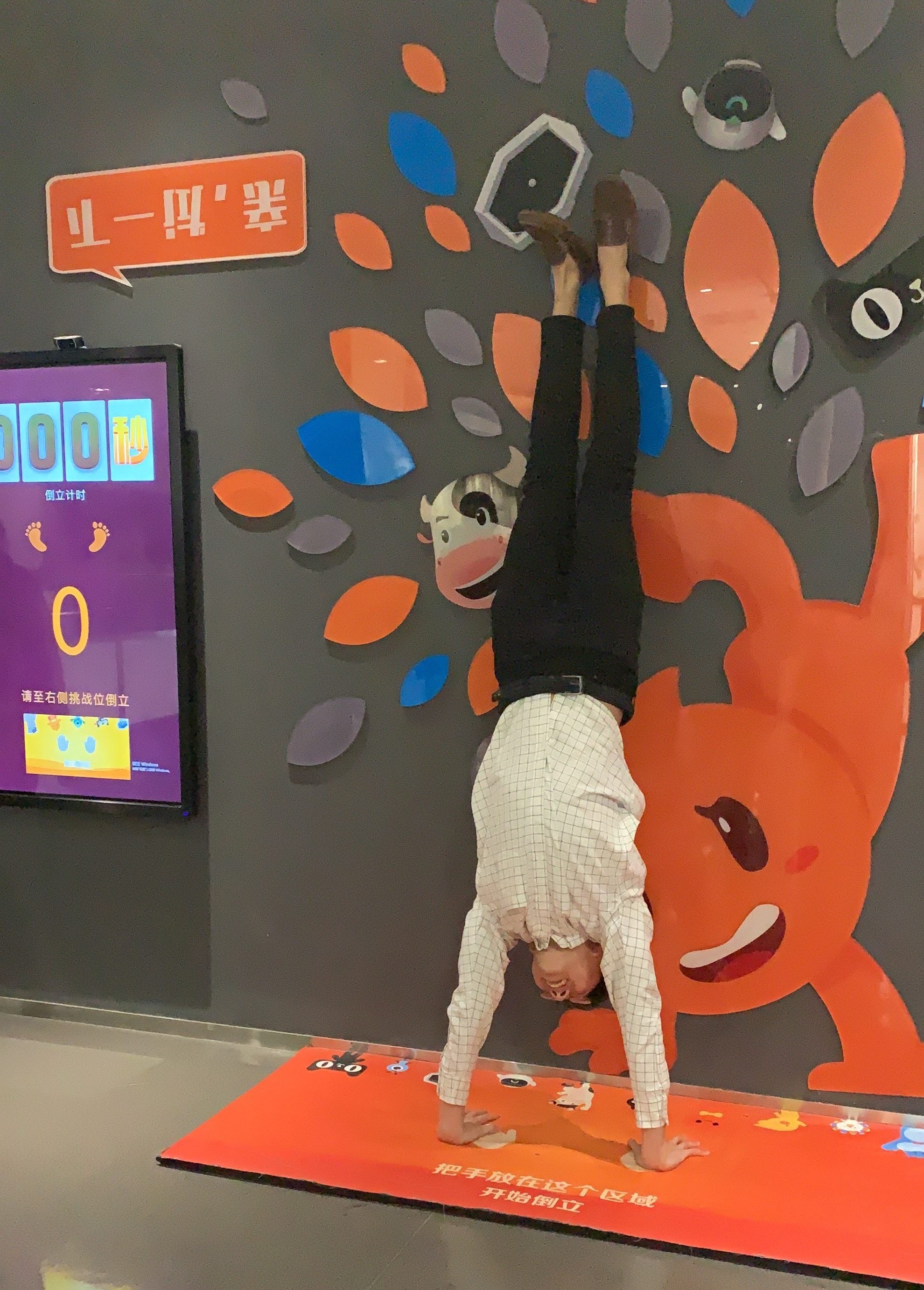 Alexander Go Tian demonstrates his best handstand at the handstand corner of Alibaba’s Xixi Campus. In the company’s early days, employees would do handstands as part of their work breaks.

“They apply technology on almost everything to improve lives. I particularly like how the automated bike rental service is fully implemented here,” he said.

Should they continue to work on Paglago, Pascual said that, like Ma, they would like to focus not just on growing the business, but also on the education of farmers, so they can also work more efficiently.

Their tips to the next batch of Agsip interns and AGILE contestants: Be serious about the competition and be thorough with your business proposal.

“Think about your market, and consider what they really need,” Ramos said.