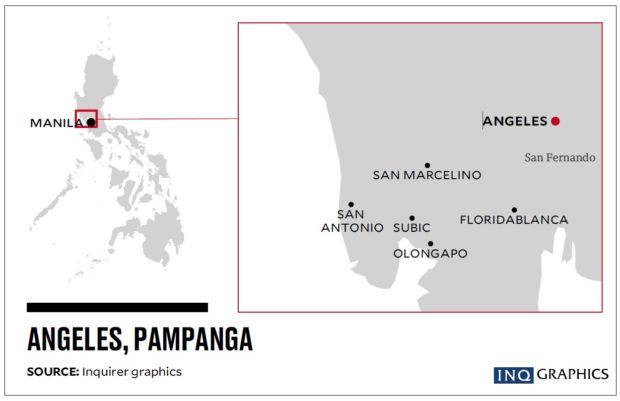 The local developer has leased 90 percent of its 7,000-square-meter center, with tenants, including local investors, scheduled to open in January 2020.

The Shoppes is located within Phase 2 of The Infinity, a 40-hectare property beside the Angeles City Hall and Ayala’s Marquee Mall that is being developed as a business district by Jenra’s realty arm.

“We are complementing Marquee,”Byron John Siy, grandson of the 93-year-old patriarch, Ricardo Tan (also known as Tan Song Bok), said. “Competition is a strong word for us.”

He said his grandfather had envisioned a complete town to rise on the property.

Tan and his son, Eddie, had put up a chain of malls, supermarkets and fast-food centers. Helping in the fight against cancer in Central Luzon, they set up the Sacred Heart Medical Center, also in Angeles City.

Giving back to city

Uy has given back to the city by donating P7.4 million to the Ospital Ning Angeles.

The Hausland Development Corp. of Wilfredo Tan has so far built 22,997 units for its 19 Fiesta projects and 4,382 units for six Hausland projects in northern and central Luzon.

The firm has acquired properties for its projects many years before the big players came into the picture beginning 2016.Housing hub

Tan said Pampanga had become a virtual hub for housing because of the rise in the number of workers in the business process outsourcing (BPO) industry and as business and political leaders called for the decongestion of Metro Manila.