This Christmas, the pigs fight back 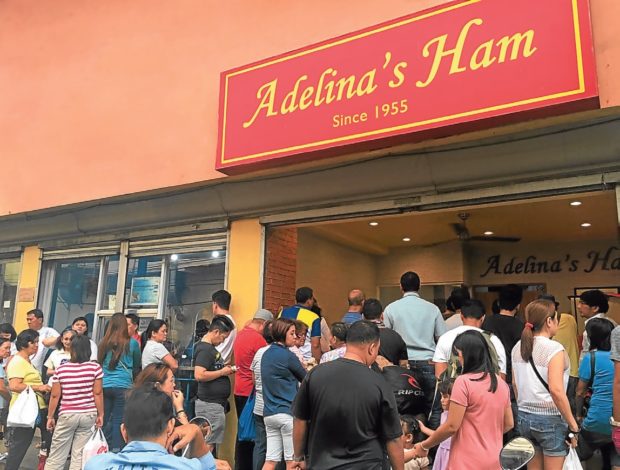 Filipinos are more than happy to line up and get their hands on Adelina’s Ham, a definite Christmas staple. —CONTRIBUTED PHOTOS

Christmas is not Christmas in the Philippines without pork.

This year, I’d like to make special mention of a ham specialty shop that has been around since 1955: Adelina’s Ham.

It was founded by husband and wife Vicente and Adelina Uy. Theirs is a sweet love story … Vicente came from a family that owned a grocery store. One of the products they sold was ham. But one day, Vicente thought of creating a new ham recipe to make it special. So he invented the sweet sauce that went well with the ham. He dedicated this to his wife and in 1955, Adelina’s Ham was born.

Through the years, this ham has become a Christmas staple. With its perfect balance of salty and sweet, this Chinese-style honey-cured ham has become quite iconic.

Today, Adelina’s Ham is run by Vicente and Adelina’s children. They now offer whole bone-in hams as well as boneless hams. People can buy these whole or they can choose to buy slices and/or scraps instead.

Come early as the lines at the shop get really long, especially during holidays. A note: This ham is ready to eat. If you wish to eat it warm after refrigerating, you can heat it up by pan-frying it with the sauce for around 30 seconds. Best to eat with pandesal.

Another brand that has been making a name for itself is Bai’s Boneless Lechon, which just celebrated its fifth year of operations.

They started out small in 2014 and, according to owner and founder Dexter Ding, grew a following thanks to a mention in the Inquirer. “Inquirer Business wrote about us in December 2014 and we exploded. We sold 250 kilos that year,” Ding recalls. Today, they sell tons. 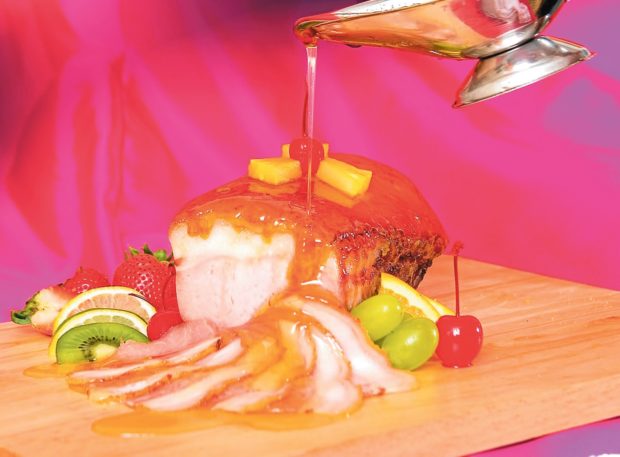 They were literally a garage operation in 2014 and 2015, selling only via Facebook through deliveries. On their third year, thanks to an increase in demand, they opened two more kitchens and started franchising. Last year, they did two pop-ups. This year, they opened two retail stores.

Today, they continue to offer Bai’s Boneless Lechon, a kind of porchetta delivered in a carton box. They have also expanded their menu to include a Pungko-Pungko set that includes chicken wings, Chinese ngohiong (a kind of lumpia), chorizo de Cebu, ginabok (chicharon bulaklak) and meatballs. In their retail stores, they also offer rice meals.

For store listings and other details, visit Bai’s Boneless Lechon Cebu on Facebook @baislechoncebuMy latest pork discovery is quite a surprise.

Chef Jessie Sincioco is known for her French cooking and pastries. But she has once again expanded her list of specialties to include cochinillo. We had the pleasure of trying this during the first year anniversary of Chef Jessie’s Place, her new building with a bakeshop and events venue.

A Bulakenya, Sincioco prefers a “meatier” cochinillo, so she makes sure the piglets she uses are almost five weeks old. The result is a cochinillo with more “laman” yet still with that yummy, delicate crackling skin that we love.

Read Next
S&P 500 index closes out 10th winning week in the past 11
EDITORS' PICK
World-standard accounting: Unlocking your financial potential
Defend Your Health! Shop health essentials from home with Rose Pharmacy’s Online Sale
Chatting with companions, answering calls on MRT 3 trains banned
Water remains our saving grace right now
COVID-19 wards in 2 more hospitals reach full capacity
Navotas will be on lockdown from July 16 to 29 – Tiangco
MOST READ
‘I am not my father,’ says daughter of lawmaker who voted to deny ABS-CBN franchise
In slap on face of PH, China replies to Locsin on tribunal ruling: It’s invalid
Vilma Santos-Recto ‘prepared’ to face ‘consequences’ over ABS-CBN franchise vote
‘Glee’ star Naya Rivera found dead at California lake
Don't miss out on the latest news and information.