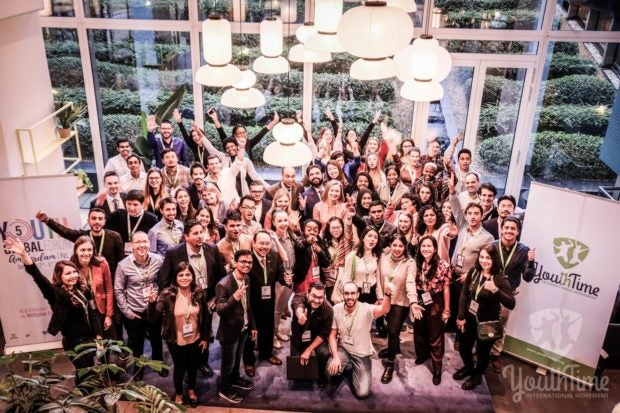 Organizers, experts and participants at the 5th annual Youth Global Forum in Amsterdam in a “groupie.” FROM YOUTH TIME INTERNATIONAL MOVEMENT

I’ve been invited recently to the fifth annual Youth Global Forum in Amsterdam as a journalist.

Last May, I wrote a piece that could sum up the Youth International Movement and Youth Global Forum which you can read here. 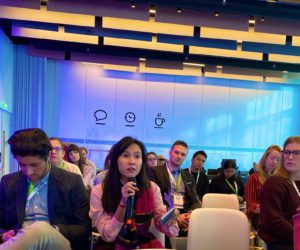 Amsterdam was the perfect place for the youth forum.

While I’ve been to the city before, locals continue to embody its inclusive and egalitarian landscape.

The city is a mirror of social inclusion, innovation and technology—core principles of this year’s youth forum.

From Dec. 2-6, we attended speeches, workshops, classes before witnessing 11 entries compete for the coveted Youth Time grant worth 10,000 euros on the forum’s final day.

This year’s theme is “At a Crossroad: Industry 5.0 vs Inclusive Development—Where is the Future?”

Some of the lessons from that forum:

One of the pressing and defining challenges everyone face globally is inclusive development. For so long, global economic models were carved from trickle-down theories which essentially say that the wealth in the hands of the few would overflow and trickle down to the many who are poor.

But it’s long been known that wealth accumulated at the top has very little chance of trickling to the bottom, much less reaching those at the fringes of society.

The Youth Time International Movement is a nongovernment organization created to address pressing social issues, like inequality. It collects ideas from the youth around the world and helps them hit goals in their communities with a chance for these ideas to become a full social enterprise for replication and enforcement. 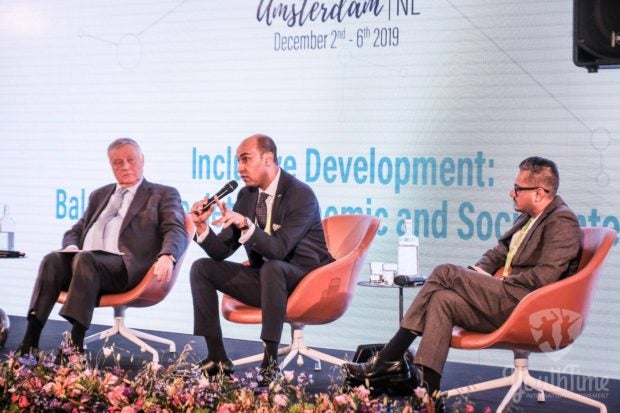 With a fast-changing world and unpredictable future, the key to survive is flexibility to adapt to these changes without shedding off core values that drove us to build start-ups in the first place.

The forum’s focus was to find ways to strike a balance between inclusive development and economic growth.

Even advanced nations are struggling with finding that balance. Global economic models had greatly benefited advanced nations often at the expense of the so-called Global South, which had been relegated to just being sources of raw materials and resources.

For so long, people in the fringes of society have been excluded from the discourse that has tremendous impact on their lives.

Marginal groups, like indigenous peoples or people with disabilities, for example have no sufficient legal protection. It’s a problem confronting not just developing nations but also those in the First World.

These groups of people had been swept aside in policy-making which governments proclaim was for the people but which is hardly felt by those in the peripheries.

Yet, these marginal groups are among the first to suffer most from wrong policies that lead to dysfunctional economies. Centralized government tends to remove the voice of those without roles in policies.

Governments appear to enact policies designed to be socially inclusive and promoting economic growth but, as South African social scientist Atif Shafique put it, “rhetoric is different from implementation.”

Writing reports or programs designed to cure society’s ills is counterproductive when structures embedded in our institutions do not promote equality.

The United Nations had set the 2030 Sustainable Development Goals to guide nations into achieving a kind of progress that improves people’s lives.

Global cooperation, though, is needed to achieve the goals which make it essential for government institutions and businesses to have mechanisms hewing closely to core principles and values of the UN goals.

The norm, for so long, has been biased for quantity over quality. It is mirrored by the practice of measuring progress by gross domestic product or GDP.

When we look at our social ills—hunger, poverty, income inequality, among many others—we realize that they are all economic in nature.

One of the insights I got in the forum was greed is prevalent.

Personally, I think some form of greed (especially in business) is acceptable. In this context, greed could be something good but for lack of a better term is called such.

In major financial institutions, like World Bank or International Monetary Fund, blanket reforms led to currencies being demonetized. The impact is worse for countries that receive conditional loans to build their economies.

Historically, political and geopolitical factors play major roles in the policies of WB or IMF which have benefited only countries in the so-called Global North.

Dialog and cooperation between local and foreign experts may help clean up the mess thrown by dysfunctional economic models.

A systematic restructuring would be needed to bring change that matters.

This would require data, learning about people’s real lives and how the economy impacts them and focusing just on an overview would be passe.

Learning about best practices from local and international experiences and striking balance between these would be more effective than just using blanket policies that ignored local realities.

Politics, economy and society are intertwined

We were actually frequently reminded to refrain from asking questions that smacks of politics.At first, I thought it would be easy.

But as the days wore on and after conversations with people from developed and developing nations, and seeing that people are aware of their privileges and are humbler than politicians, I realized that social activism is necessity. We can’t confront society’s evils by passivity.

The world of politics is appalling, to say the least, but hope is not lost. Grassroots movements and innovative ways to engage the youth, like what is happening now in the climate justice movement, can work wonders. People power is just around the corner.

Greta Thunberg, the 16-year-old school girl who is now Time Magazine’s Person of the Year for her climate activism, is an example of young People Power.

Many others had come before her and we are reminded that economic models designed by high-strung economists have forgotten about people, communities and the wellbeing of the planet.

Wilfull ignorance is one of the main reasons we still have social ills.

Thunberg had discussions with scientists and experts and people feeling the impact of climate change.

Her #FridaysForFuture movement is definitely a great case study on how to stir people away from the fence into the streets.

Active global problem solvers are welcome in events like Youth Global Forum. Tapping the youth, their ideas and expertise, is an awe-inspiring experience that would make one realize that there’s an alternative to policymakers–Us.

Politics is very social in nature and the networking aspect is what makes it such a powerful medium.

That’s the only reason I’m even mentioning politics now. Outside the non-political discourse at the youth forum, people can and have talked about how politics in the world had drastic effects on those in the fringes of society both in developed and developing countries.

We are into social activism because it is a medium to advance our goals, the ones that would benefit us, the people.

The Youth Global Forum was an intellectually stimulating experience. In the distant future, I might be able to use the insights I’ve learned from there in order to advance my personal goals for business and development. It also helps that I’ve connected with many individuals from a wide variety of industries, absorbing their energy, knowledge, and passion in advocating change. Everybody in this generation is a future leader – if not already one – and we have a broad and diverse focus on inclusive growth, ensuring a human approach to what we build. It is an oft-repeated quote from Mahatma Gandhi, but it bears repeating time and again: “Be the change that you wish to see in the world”