Unpaid bills prompt co-op to shut down power in Maguindanao 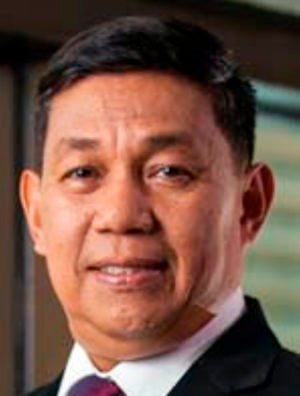 COTABATO CITY, Maguindano, Philippines — There won’t be light. The Maguindanao Electric Cooperative (Magelco) declared a “Black Monday”in its service areas on Monday, saying it would shut down power supply to pressure delinquent consumers to settle their bills.

Sultan Ashary Maongco, Magelco general manager, said in a statement on Saturday that more than half of the cooperative’s member-consumers had not been regularly paying their electricity bills, forcing the cooperative to implement such measures as the power shutdown.

According to Maongco, only 16,000 of the 47,000 member-consumers, representing 34 percent, pay their monthly bills.

“To effectively send the message across, we shall be shutting down every distribution transformer on Dec. 9,”he said.

“We… will only return the power if at least 70 percent of the connected consumers paid their outstanding bills or enter into a restructuring agreement with us. The 30 percent or remaining consumers will be disconnected,” he added.

As to why the regularly paying consumers also had to suffer from the shutdown, Maongco said a selective shutdown could not be implemented because each transformer had both promptly paying and delinquent consumers connected to it.

Maongco did not explain why the cooperative had not resorted to legal means in dealing with those who refused to pay their bills, nor what went wrong with the cooperative’s collection system.

In his open letter to member-consumers, the general manager laid down all the accomplishments of the cooperative since he assumed office five years ago.

Maongco said he stopped the 8 to 12-hour rotational blackouts that the province had been experiencing for three straight years before he assumed his post.

He said Magelco’s supplier, the Power Sector Assets and Liabilities Management Corp. (PSALM), used to allot only 2.75 megawatts (MW) a month to the cooperative.

After negotiations, PSALM increased the allocation to 24 MW a month starting January 2015.But because of its members’ delinquency in payments, Magelco failed to meet its monthly obligation to PSALM, Maongco said.

As of 2015, Magelco had an outstanding debt of P1 billion with Psalm and P123 million with National Grid Corp. of the Philippines (NGCP).

“I was able to resolve the debt with NGCP, we are now currently paying P9 million monthly,”Maongco said. “While with PSALM, the current financial consideration of our payment applies only to the interests and other charges.”

He said Magelco still owed P25 million to its suppliers.

Maongco pointed out further that power demand in Maguindanao had increased, prompting Magelco to set up two substations worth about P50 million.

An additional P15 million has been earmarked for a metering project and other programs.

He said the cooperative had no other options at this time but to enforce power blackout.

“This is the only way that we can entice every consumer to settle their obligations religiously in order to prevent the imminent disconnection from Psalm,”Maongco said. “We will do it in order to survive and to protect the future of our children.”

But Naguib Sinarimbo, spokesperson for the Bangsamoro Autonomous Region in Muslim Mindanao, said it was not “prudent” for Magelco to resort to a “collective punishment” for its failure to collect effectively.

“It will affect everyone, including government offices and institutions rendering vital services to the people,” Sinarimbo said.

Sinarimbo, who is also the region’s interior minister, said: “We are advising the manager not to resort to this drastic action. We will inquire more deeply into this issue as it will have serious impact on our government programs, and a stable power supply is essential to the development of the region.”

A businessman, Abdulwahab Badian, of Datu Odin Sinsuat, said it was “unfair for members like me who are religiously paying our power bills. Why make us suffer for the sins of others?”

Khadija Bayam-Benpolok, information officer of the regional environment department, suggested: “Why not make public the names of non-paying members and file charges against them? Magelco should find the means to address the problem without necessarily imposing a total blackout.”