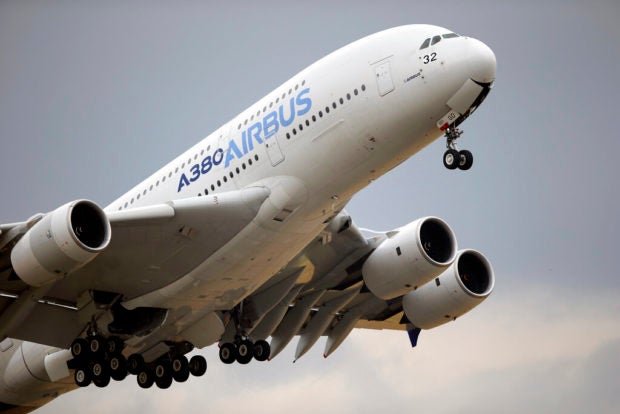 GENEVA  — A World Trade Organization panel ruled Monday that the European Union has not complied with an order to end illegal subsidies for plane-maker Airbus, which prompted the Trump administration to impose tariffs on nearly $7.5 billion worth of EU goods in October.

In its ruling, a WTO compliance panel found that the EU had not taken sufficient steps to end harm to Boeing, the major rival to Europe’s Airbus. The EU is expected to appeal, though the United States is on the cusp of preventing the WTO’s appeals court — the Appellate Body — from ruling on any new appeals.

“Strong action is needed to convince the EU that its interests lie in eliminating these market-distorting subsidies now and in the future, so that our industries can compete on a level playing field,’’ Lighthizer said in a statement.

Responding to Monday’s ruling, the EU’s executive commission faulted the panel for making a “number of serious legal errors in its assessment of EU compliance,” and said its recommended ways of compliance would be “very problematic for a larger part of the WTO membership.”

“The European Commission will decide on its course of action in light of this assessment, including the possibility of bringing an appeal in order to have these legal errors corrected,” it said in a statement.

The commission also alluded to a decision expected next year by a WTO arbitrator in a case of illegal U.S. government support for Chicago-based Boeing, which could give the EU authorization to slap tariffs on U.S. goods.

The Airbus case centers on so-called launch aid from the EU that WTO judges ruled had impeded sales for aircraft from Boeing in the twin-aisle and very large aircraft markets.

In May last year, the Appellate Body agreed that the EU and four of its member states — Britain, France, Germany and Spain — had failed to abide by an earlier compliance panel ruling. The EU insisted in subsequent arguments that the subsidies had been lifted, and that proper steps were taken to remove the subsidies’ harmful impact on Boeing.

A final resolution could be made more difficult because the WTO’s appellate body, which has final say in trade dispute cases, is set to become unable to hear new cases starting next week.

Under WTO rules, the Appellate Body must have at least three members, and the terms of two of its three members are set to expire Dec. 11. The United States has singlehandedly blocked any new appointments, alleging that the body’s members have overstepped WTO rules and draw excessive salaries and perks, among other things.

It is unclear whether the Appellate Body’s three members will continue to work on outstanding cases after the two terms expire. Sometimes, its judges work on pending cases even after their terms expire.

In a statement, Airbus called on the United States to “immediately reduce” the $7.5 billion in tariffs “by around $2 billion,” arguing that it was directly linked to finding that loans for the development of Airbus’ A380 superjumbo “no longer have an impact on Boeing sales and that therefore the value of the lost sales no longer exists.”

Airbus didn’t explain how it reached that estimate either in its statement or follow-up email messages.

Lighthizer’s office said that “nothing in today’s report’’ from the WTO suggests that “U.S. countermeasures should be reduced by $2 billion.’’

Boeing called Monday’s ruling “a complete loss for Airbus and its government sponsors.” In a statement, Boeing said the decision confirmed that “billions of euros of illegal government subsidies to Airbus continue to harm the U.S. aerospace industry.”

The WTO’s dispute settlement understanding, a sort of rulebook for resolving disputes, said that parties in dispute cases need to ensure full implementation of rulings before any WTO go-ahead for lifting of authorized tariffs, and that there can be no “second arbitration” such as in the case of the $7.5 billion arbitration award given to the United States.

In its ruling, the compliance panel said the EU and four member states “failed to implement the recommendations and rulings” of a lower WTO panel to conform with the trade body’s rules.