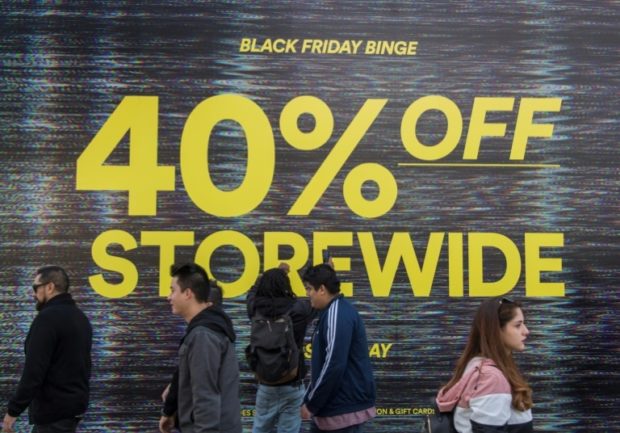 Online sales on Black Friday in the United States hit a record $7.4 billion (around P378 billion) this year, with a jump in the number of transactions made from smartphones, according to data released Saturday by Adobe Analytics.

The figure was a 19.6% increase over last year and the second biggest day of online sales ever, the company said, just below the $7.9 billion (P403.4 billion) consumers spent on last year’s Cyber Monday, which follows Black Friday.

This year, 39% of online purchases were made from smartphones, a 21% increase from last year.

The most popular electronics were Apple laptops, AirPods and Samsung TVs.