Investors capped a day of light trading on Wall Street ahead of the Thanksgiving holiday by serving up another set of stock market record highs. 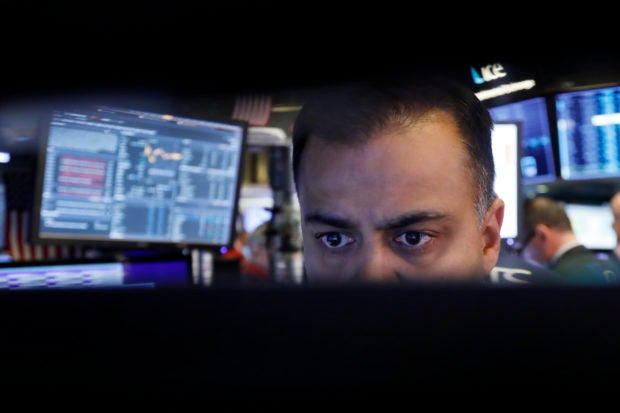 FILE – In this Nov. 20, 2019, file photo specialist Dilip Patel watches the screens at his post on the floor of the New York Stock Exchange. The U.S. stock market opens at 9:30 a.m. EST on Wednesday, Nov 27. (AP Photo/Richard Drew, File)

The S&P 500, Dow Jones Industrial Average and Nasdaq composite closed at all-time highs for the third straight day Wednesday. And the Russell 2000 index of smaller companies hit its highest level in a year.

A batch of positive U.S. economic data helped spur the broad rally, extending the market’s recent string of gains. Stock indexes have been breaking records in recent weeks as the U.S. and China have signaled that negotiations aimed at resolving their costly trade war are going well.

The latest economic data helped keep investors in a buying mood. The Commerce Department said Wednesday that the economy grew at a 2.1% rate last quarter, outpacing forecasts. The government also reported a surprisingly good increase in orders to U.S. factories and a pickup in consumer spending.

“This is an environment where we continue an economic expansion, albeit at a somewhat slower rate,” said Bill Northey, senior investment director at U.S. Bank Wealth Management. “There is a very positive sentiment around U.S. equity markets.”

Stocks have regained their footing after stumbling last week. The S&P 500 index is on track for a 1.4% weekly gain as it continues setting records. The Nasdaq is up 2.2% for the week, which would mark its strongest gain since the end of summer.

The stock market has been notching gains steadily since October, shaking off recession fears that helped knock stocks into a skid in August.

Surprisingly good corporate earnings, solid economic data and interest-rate cuts by the Federal Reserve have helped set the stage for the market’s fall rally. Investors have also grown more optimistic about the prospects for a U.S.-China trade deal.

Traders continue to wait for developments in the latest round of negotiations between the world’s largest economies. The key question is whether both sides will be able to reach a deal before Dec. 15, when new tariffs are set to kick in on many Chinese-made items, including smartphones and laptops.

Pressure is building on both sides to complete a limited “phase one” deal before the deadline, though the Trump administration could end up postponing it, as it did in October, to allow more time for talks.

Investors hope that negotiations can progress enough to at least help suspend the scheduled escalation.

“There is a ticking clock,” Northey said, referring to the tariffs scheduled to go into effect next month. “But at the margin right now we do seem to have progress, rather than slipping backward with respect to the ‘phase one’ trade deal.”

Technology stocks and companies that rely on consumer spending notched some of the biggest gains Wednesday. AutoDesk climbed 5.5% and Under Armour gained 6.2%.

Banks also made gains. The yield on the 10-year Treasury rose to 1.76% from 1.74% late Tuesday. Higher bond yields allow banks to charge more lucrative interest on mortgages and other loans. Wells Fargo rose 1%.

Industrial companies lagged the market, weighed down by Boeing and Deere & Co.

Deere slid 4.3% after giving investors a weak profit forecast because farmers are spending less money on new equipment. The maker of tractors, backhoes and other agricultural machinery said the trade war and a difficult growing season has kept farmers cautious about making major investments.

U.S. markets will be closed Thursday for Thanksgiving. They’ll be open for a half day on Friday.