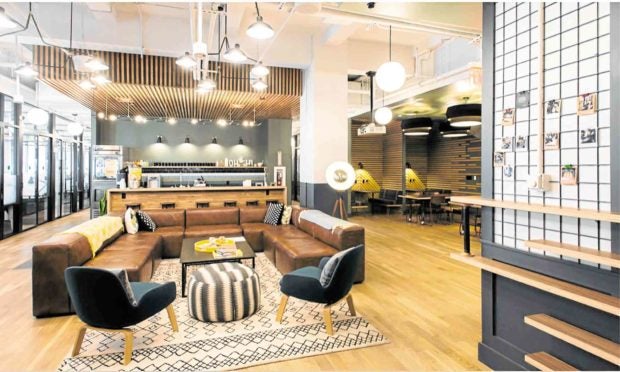 WeWork’s mission to “create a world where people work to make a life, not just a living” reflects in their well-designed facilities.

We are in the midst of the continually expanding sharing economy.

As we have been sharing music, cars and vacation homes, we have also been extensively sharing workspaces, thanks to connectivity, the rise of the internet economy, and the social nature of the human being.

While the wired world is a platform where entrepreneurs and solo workers continue to thrive and function independently, their virtual work community, devoid of any real human interaction, makes them yearn for a tangible workspace where connections can be are made.

The practice of sharing work environments has been existing for years in a variety of forms, concepts and models.

Some 20 or so years ago, when I still lived in Hong Kong, a few friends and I pooled funds and leased an office space to house individual work areas for our own various small businesses. A girlfriend and I were taking a crack at importing Philippine-made furniture, while another was a freelancer and offered perspective rendering services for design firms. Another was a full time interior designer. And there was this acquaintance who was a graphic artist.

This was our artists’ hub and we called our space “Arte Veinte” as our building was No. 20, on Old Bailey Street. As we shared one fax machine, one bathroom and a meeting table, we also shared sleepless nights, anxieties over looming deadlines, food, noise and laughter. That was my first real experience of a co-working space.

Around that time, too, the large computer and consumer companies introduced the “hoteling” practices for their firms, whereby a worker “checked-in” at the reception and was given a key to a locker or filing cabinet, and was assigned his desk for the day. He was expected to “check-out” at day’s end. Or work remotely if they ran out of tables.

It was also around that period in Metro Manila that “serviced offices” provided short-term occupancy for transient businessmen.

It was a place where they had the convenience of their own room or workstation, access to a copier, printer, desktop computer, custodial services and shared meeting rooms. This was a temporary workspace as they moved in and out of the city as business travelers. They still do exist, these “serviced offices,” and they exude a somewhat more formal, private and traditional work atmosphere. 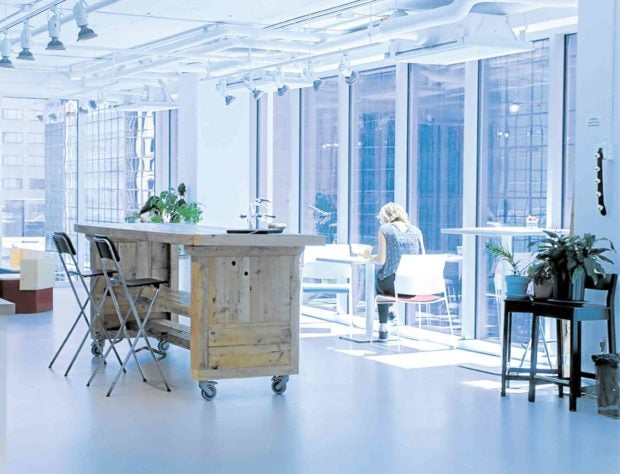 Globally, the first real known co-working spaces as we know them today sprouted in the late 1990s, just as the internet was gaining speed.

With better communication, individuals sought to be entrepreneurs, freelancers, consultants and digital nomads. They established careers with flexible work hours, answered to no one, and decided solely as to which direction to take their business aspirations.

From a company culture standpoint, working alone offers independence from an organizational culture where the individual’s mode of behavior must embody that of their employer’s.

Solo workers on the other hand, are their own brand with their persona representing their unique work traits and habits. Being alone without the benefit of an organization though sets limitations to the possibility of practical learning in their chosen industry and the benefit of intellectual growth from contrasting opinions, spontaneous conversations, and robust deliberations. Perhaps one of the most advantageous benefits of working in a shared space or within a corporate environment is the chance for encounters that spark the exchange of ideas.

During a tour some months ago in Denmark, I was chatting with my guide over lunch.

She was 22 years old then, still in university, but graduating soon and was excited to join the workforce. I thought she was aiming to be a Gen-Z digital nomad or some kind of entrepreneur, but I was surprised to hear that she was in fact, looking forward to being employed and reporting to work at a corporate office environment. “It’s boring working alone. At least that’s what my older friends say. Most of my friends my age would like to work in a company. Well at least in some kind of office and not at home. You make more friends. It’s not lonely.” 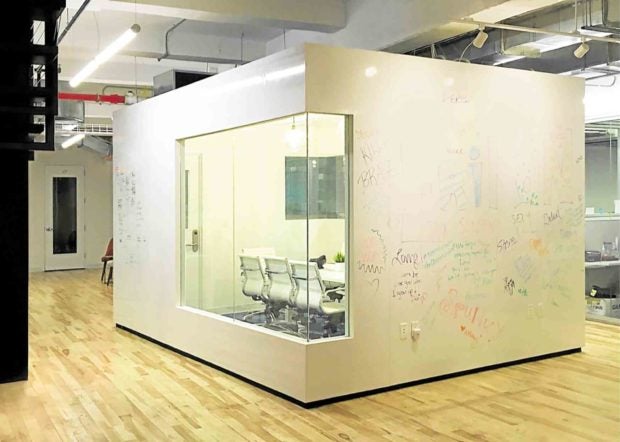 While the freedom of working independently sounds very glamorous, the work model itself destines the solo worker for a life of loneliness.

In a study by Canadian technology-enabled HR service provider Morneau Shepell, they have found that the highest incidence of “extreme personal isolation” was reported by those who worked from home. And in another recent study, University of San Francisco researcher Michael A. Freeman found that nearly half of entrepreneurs suffer from at least one form of mental health condition during their lifetime.

In the Philippines, in-depth surveys investigating depression, entrepreneurship and remote working have yet to be conducted, but anecdotal evidence displays a clear longing for a sense of community. More so in the context of our culture where the values of “pakikisama” and “malasakit” are highly valued.

Clearly, the isolation is not merely intellectual or physical. It is also largely and more significantly emotional.

By default, solo-workers do not have the benefit of seeking advice or sharing their troubles and anxieties on a daily basis. They have limited opportunities to refill emotional wells with positive human experiences. Personal connections are a big reason why people would fork out money to be in a communal space, as opposed to working from home for free.

More than the physical sharing of spaces, it is the emotional and mental sharing that is the most valuable element in co-working spaces. 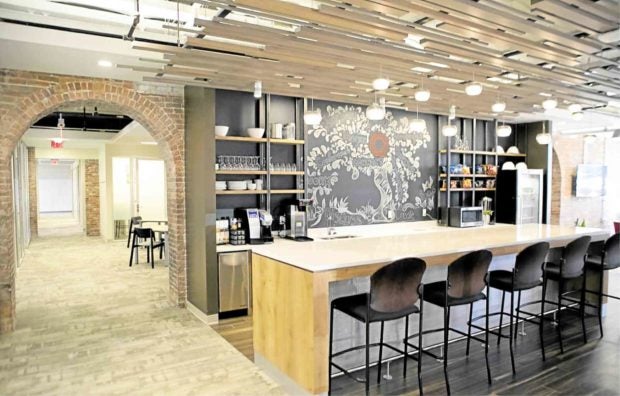 Here, independent workers find a sense of community and a mental and emotional vibrancy that allows them to thrive. They have all the benefits of working communally, while still experiencing the freedom of being self-employed.

It is in these spaces where the digital platform takes a good step back and remains a tool, rather than a venue, for working.