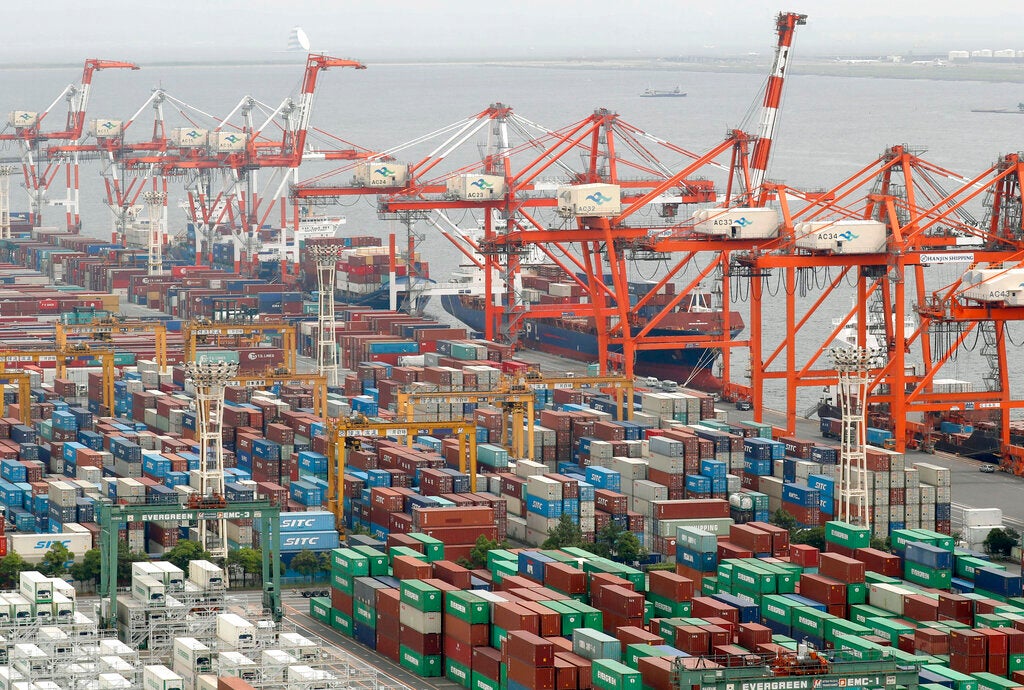 This July 2018, photo shows containers piled up at a Tokyo port. Japan records trade surplus in October as exports to the United States fell and oil prices skids. (Shinji Kita/Kyodo News via AP)

TOKYO — Japan has recorded a trade surplus in October, the first surplus in four months, as exports to the U.S. fell and oil prices slipped.

Imports from the U.S. fell 17%, such as agricultural products and gas fuels, the ministry said.
Exports and imports to other regions, including Europe and China, also fell.

The tariff war between the U.S. and China has taken a toll across Asia, hurting manufacturers and supply chains.

A dispute between Japan and South Korea over high-tech exports has added to the uncertainty.