Environmentalist, who died in August, believed she could fly. She did—thanks to ‘echotrio’ who makes sure her advocacies continue to soar
By: Annelle Tayao - @inquirerdotnet
Philippine Daily Inquirer / 04:30 AM November 17, 2019 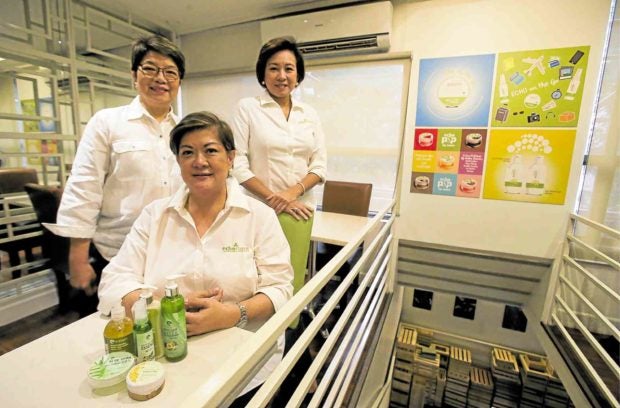 For the three women behind sustainable lifestyle retail brand Echostore, the legacy of the late Gina Lopez, Filipino philanthropist and environmentalist, is a gift that keeps on giving.

Barely two months after the world lost Lopez to brain cancer, Reena Francisco, Jeannie Javelosa and Pacita “Chit” Juan, were asked by her family to take on the management of her retail brand, G Stuff, which had two stores in Metro Manila (Rockwell in Makati and Alabang Town Center in Muntinlupa).

For the trio, or as they call themselves “echotrio,” it was easy to say yes. After all, Lopez’s mission was also theirs: to uplift the lives of Filipinos from poor communities.

Their partnership actually began a year ago, says Juan, through the I LOVE (Investments in Loving Organizations for Village Economies) Foundation, for which Lopez asked the trio to become mentors to the community of Ambongdolan, Tublay, Benguet, in coordination with the University of the Cordilleras, to help with its ecotourism.

“Each of the mentors had something unique to bring to the table, and we were about retail and market access and product development. Our role was really to help them continue what they were doing, and also bring their products into our stores,” Javelosa says.

Food was one of the products that the three women focused on, particularly because they discovered that locals weren’t keen on serving their own produce to tourists.

“At first, they would serve us cheese rolls, and when we asked them why, they said, that’s what [another group] taught us. So we said, why cheese rolls, when you don’t make cheese here? We should be promoting local fare, like bananas, sweet potatoes,” Juan says. “But there was this mind-set that to do that was nakakahiya (shameful).”

To the community’s delight, Francisco introduced them to recipes that maximized their organic harvests, which they now serve in their local Rainbow Cafe (Ambongdolan, says Juan, is a local term for rainbow).

“When tourists go there, they want to eat local. And we taught them to use their products to make them more upscale, a bit more lifestyle. We taught them how to make pasta using their fresh tomatoes; breads using zucchini, carrots, kamote; cassava balls with cheese and ground meat; banana heart burgers; vinaigrette using their lemons (they have a lemon plantation) and local vinegar. I think I taught them 12 things in two days,” Francisco says.

Now, even without Lopez, the trio continues to work with Ambongdolan’s residents. Lopez’s infectious energy, it seems, has also rubbed off on the community. 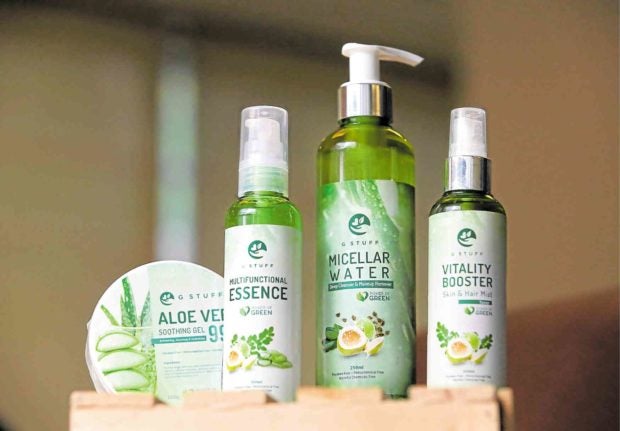 “When you work with these communities, you see their lives turn around, and the whole village is involved. We’ve gone back to Tublay so many times, and the energy of the people is really, yes, we can do this—like [Gina],” Francisco says.

Go-getters themselves, the trio couldn’t say no when Lopez’s siblings met with them to discuss their partnership with G Stuff.

“The family was really excited. They wanted to continue her legacy through the store, because it’s the physical manifestation of what she was doing,” Francisco says. “We’re basically doing the same things, so we offered our services. And they also wanted someone to take it on, because it was Gina’s dream.”

Aside from the management of G Stuff stores’ stocking, delivery and personnel, the three will also be handling the brand’s website. Echostore will carry G Stuff products as well, and vice versa. Juan says they even plan to put together Christmas baskets with both brands’ products.

They will also be working hand-in-hand with Lopez’s TV show, “G Diaries,” which is now being hosted by her brother Ernie. Francisco says they will introduce new G Stuff products discovered in communities that will then be featured on the show.

But the ultimate dream, Juan says, is to put up a G Stuff-Echostore cafe, an idea they had discussed with Lopez over lunch three months before she passed away.

“Our commitment to the family is to continue the community work—to provide [products] we find in the communities market access, to train people on value addition,” Juan says. “So we consider this a gift, that we’re given this chance, because it was really a different experience working with [Lopez].”