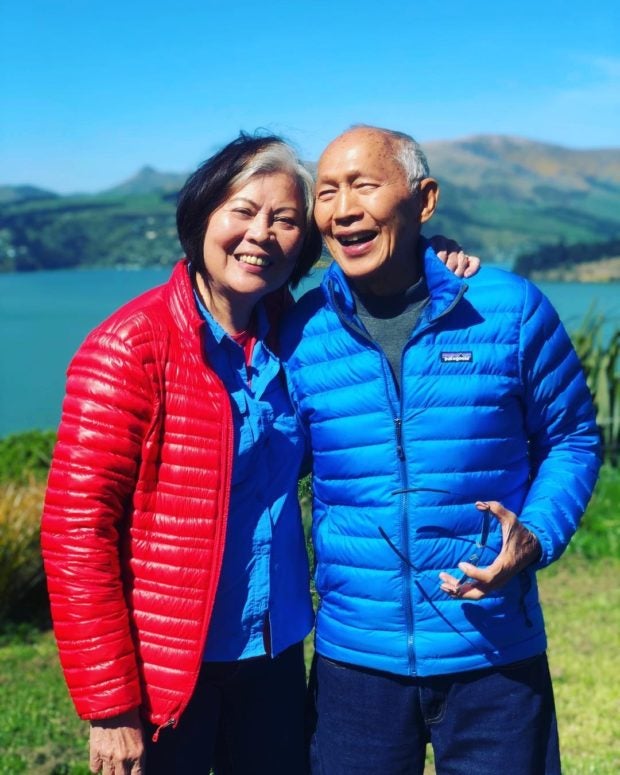 An outdoor-lover, Leung succumbed to malaria, which he picked up from his last adventure trip in Papua New Guinea, close family members and friends confirmed on Friday night.

He began his career as a teacher. As a young man fresh out of Ateneo de Manila University, he taught Math and English in a Maryknoll school in Katil, a far-flung area in Davao.

Former Prime Minister and Finance Secretary Cesar Virata said he had recruited Leung to the fiscal department because he found him to be a “very principled man.”

“He was truthful and honest, very intelligent and he knew how to work very hard. I found his analysis very thorough, so I trusted him a great deal with the matters sent to me, especially those coming from the central bank,” Virata said in an interview.

Virata sent him to Washington DC to represent the Philippines to the IMF. “He did a very creditable job there and he also helped me a great deal during the period of debt moratorium when we were negotiating with the banks,” he added.

“He was a fine man and a very good family man.”

“He was an exemplary public servant and a true patriot,” said economist Romeo Bernardo, a former Finance Undersecretary. “Together with a core of senior officials in the Department of Finance, he provided the continuity and stability in our public finances and external payments situation through the tumultuous political and debt crisis in the 80’s to early 90’s.”

Bernardo added that Leung was a “man of integrity,” one who was “unafraid to speak the truth, even when inconvenient.” He recalled his “youthful zest for life and adventure,” as well as the lively debates with friends and colleagues.

A son of Filipino-Chinese merchants, Leung was raised in Baguio City where he grew attached to nature. He was into many sports and outdoor adventures through his senior years.

He was an avid badminton player. He was also into soccer, basketball, tennis and squash in earlier years.

He lived a life of adventure. He loved scuba diving, running, mountain climbing, gardening, whitewater rafting, spear fishing, rapelling, hiking, swimming, rock climbing, skating, biking, as well as riding canoes or kayaks. He was once attacked by baby sharks in a spear-fishing adventure.

“Ernest was my first passenger when I just learned how to drive my first sports car from Geneva to Berne  in 1971. He trusted me with the mountain road because he believed I could manage the  hairpin curves just like Kennon Road leading to our hometown Baguio.  He remained loyal to Baguio,” said former Foreign Affairs Secretary Delia Domingo Albert.

Leung’s remains were set to be cremated on Saturday.

A mass will be held for Leung on Tuesday, Nov. 19, 7 pm at Christ The King church in Greenmeadows.