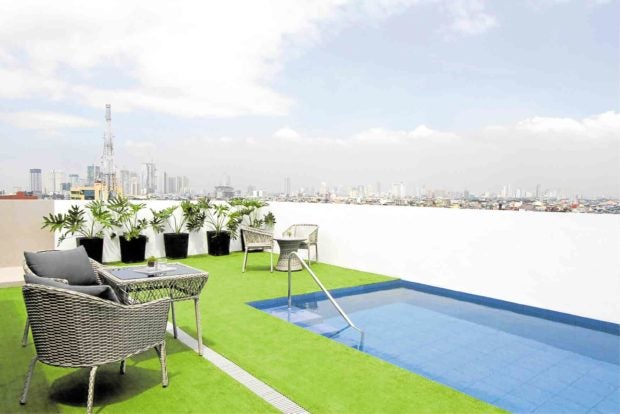 A rooftop lounge offers a nook for hotel guests to unwind.

For Gabriel Reynaldo Perez, life has always been a race against time. But all his sacrifices have paid off now that he is on the cusp of expanding his own business-leisure hotel chain, Privato Hotel Group.

The 31-year-old believes that being the founder and president of a growing hotel chain requires vision and a lot of vigor. He considers his youth as his No. 1 asset as he navigates his way through the ins and outs of the hospitality industry.

His journey in real estate began a decade ago, following his memorable internship at a popular hotel during his last year at the Ateneo de Manila University. The internship ignited in him a passion to try his hand in the property business.

Perez’s first project was an eight-storey, 65-room residential building in 2009, a few months after graduating. 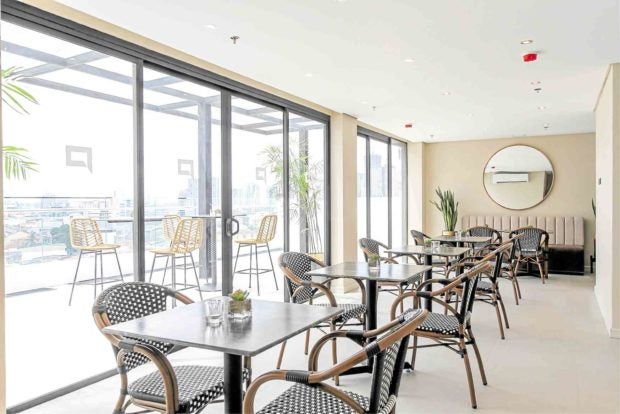 “I started enjoying real estate so from there on, we were planning (to put up) another residential condo. But that was a time when all the developers were also (putting up projects). It was hard (for us) to compete with all their amenities,” Perez explained.

Perez eventually decided to get out of the residential segment and ventured into hotels instead. It was then that he saw the opportunity to set up the first Privato Hotel in Pasig City.

Perez said that he has always been fascinated with hospitality, which is an integral part of the Filipino culture. It is said that Filipinos usually put their best foot forward when a guest stays in their homes. The owner will be more than willing to vacate his room just to give the guest the ultimate comfort. He believes that Filipinos are a perfect fit for the hospitality industry.

“The core of what we do is very Pinoy. If you have guests, you take out the best linen; you bring out the best plates and you cook your best food. When we apply it to us (the hospitality industry), it all boils down to a hot shower, a good bed and a hot breakfast to start their mornings,” he said.

His first hotel, which opened in 2014, is located along Shaw Boulevard across Capitol Commons. 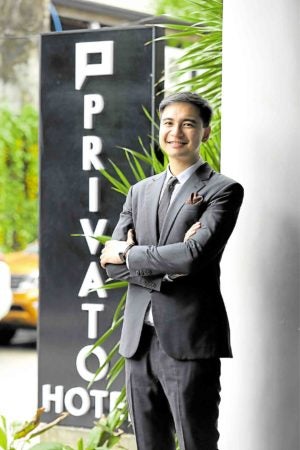 Perez recognizes the importance of the people running the place, noting that a building can be replicated but one cannot replicate people.

Privato Ortigas has 200 rooms with three ballrooms, two conference rooms and a rooftop pool, gym and roof deck lounge. It was well-received by the market as a cozy business-leisure hotel that is strategically located in the central business district. It caters to corporate accounts, business travelers, and staycationers as well.

Every room in Privato Hotel is crafted to ensure functionality and space maximization. The size of its Italian-inspired rooms ranges from 21 sqm to 37 sqm. But Perez made sure that hotel guests will not feel stifled.

Connectivity is also a top priority in each Privato Hotel. Fast and reliable wifi connection is available in every room. Room rates start at P2,500 a night.

Perez, however, admits that he had to hurdle the shift from handling residential properties to managing hotels.

“The day-to-day operations (of a hotel) is the complete opposite of what is done in the residential segment in terms of the scale. With residential, we have a lessor. We’ll see them today and the next time we’ll see each other is one year after for the renewal [of the lease]. But with hospitality, every day there is someone new. And there are no two concerns ever alike. [For example,] the aircon [in one room] can be too hot for one a guest, but for another, it is too cold. But it is the same unit,” he said.

Perez collaborated with Casas+ Architects, Juan Carlo Calma and J. Anton Mendoza to achieve an aesthetic that features neat streamlines and emphasizes contrast. Perez favors the black-and-white color scheme to give the hotel a hip and modern feel.

The structure itself houses different elements such as stone, steel and earthy tones. This combination gives Privato guests hints of luxury and practicality.

“I make sure that for the areas that are not my core competency, like engineering or architecture, I always work with the best like Casas+Architects for Privato’s design and Jose Aliling Construction management,” he further said.

Five years later, an opportunity to open another hotel presented itself to Perez. He received an offer from the Max’s Group to acquire its property formerly known as the Meranti in Quezon City. 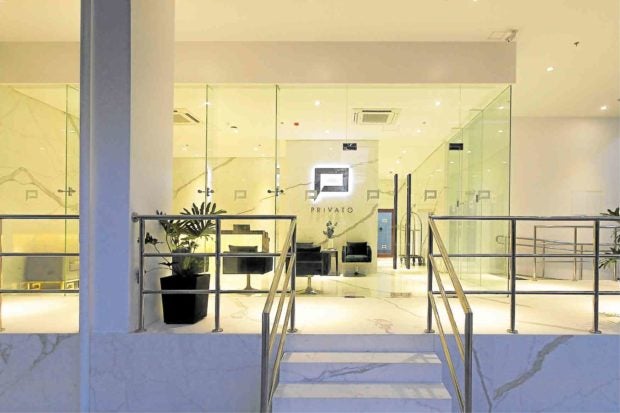 The place was designed by renowned firm of Budji Layug and Royal Pineda, and features furniture created by Kenneth Cobonpue. It was an opportunity that Perez couldn’t pass up. Roughly six months after the talks began, Perez took over the operations and thus, Privato Quezon City was born.

The second hotel has 60 rooms with four conference rooms, a rooftop pool and a lobby restaurant. Just like his first brain child, this hotel is located in Tomas Morato—a favorite hangout place for those living in the northern part of the metro.

With two hotels under his belt, Perez began to see the importance of the people running the place.

For him, every organization is defined by the people behind it. It all boils down to making sure that their needs are met and employees will pay it forward by looking after the organization. With 200 employees, Perez realized that “a building can easily be replicated but one cannot replicate people.”

“Training the staff and ensuring the team has strong morale are key because these translate to the level of service we offer guests in any Privato Hotel,” said Perez, who is due to hand out loyalty awards for employees who have been the company since its inception.

To further deepen Privato’s imprint on the hospitality industry, Perez joined hands with key partners such as Enderun Hospitality, which manages the day-to-day operations of the hotel chain. Partnering with Enderun, he said, is like having a guiding hand. 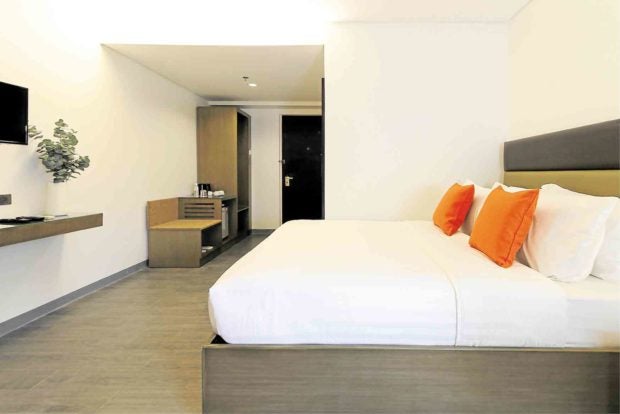 Guests can expect a restful stay at Privato Hotel.

“They’ve really studied how to run a hotel, so they’re always two steps ahead,” Perez added.

Enderun provides the right kind of people for the job but the vision and direction as well as the culture of the company still rest on Perez’s able hands.

And Perez is not showing any signs of slowing down just yet.

He recently opened another Privato Hotel in Makati City. The nine-storey building is located along Kamagong Street and has 65 rooms, a rooftop pool overlooking the Makati Skyline, a gym, and rooftop lounge where the in-house resto called Amalfi is located. Amalfi is affiliated with Max’s Group’s Maple restaurant. Guests have the option to dine al-fresco at the rooftop lounge.