A day of listless trading on Wall Street ended Thursday with another record high for the S&P 500. 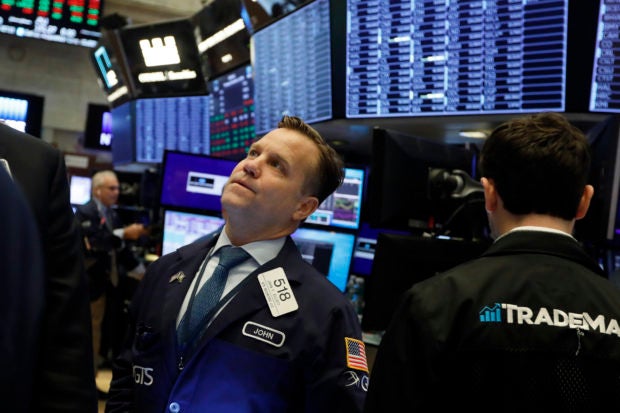 The benchmark index notched its third consecutive gain after spending most of the day wavering between small gains and losses. The Dow Jones Industrial Average and Nasdaq composite also budged little, capping the day with miniscule drops.

The market’s lethargic turn came on a day with little market-moving news. Investors were still awaiting more details on the status of trade talks between the U.S. and China.

Published reports have suggested this week that negotiations between the world’s two largest economies have hit some snags. Beijing is pressing Washington to roll back tariffs as part of a potential deal that the nations are trying to hammer out.

While the market has been sensitive to the swings in the trade talks, the latest speculation did not put most investors in a selling mood.

“We’ve had headlines like this before and the market is doing a little bit better job of looking through them,” said Sameer Samana, senior global market strategist at Wells Fargo Investment Institute. “Until something is announced, yay or nay, it probably doesn’t make much sense to trade on it, especially when President Trump himself has tweeted out that talks are going well.”

The broader market has been gaining ground for weeks on hopes that the U.S. and China can make progress in their latest push for a deal. Investors have also been encouraged by surprisingly good corporate earnings and data showing the economy is still growing solidly. And the Federal Reserve has helped, lowering interest rates three times this year. The central bank has signaled that it’s done lowering rates, for now, unless the U.S. economy shows any major signs of trouble.

“We’ve been going up, and the path of least resistance is probably higher, but the question is what’s going to take us there?” Samana said. “The Fed’s on hold. Earnings are out of the way, so probably the next thing the market will look to is this trade issue that’s still outstanding.”

Investors hope that Washington and Beijing can come to some sort of an agreement to avert new and potentially more damaging tariffs that are scheduled to take effect in the middle of next month. Those new tariffs would hit some popular consumer products, such as electronic devices, as well as everyday goods. President Donald Trump has been dismissive about any change to tariffs while negotiations continue.

The U.S. is the world’s second largest poultry exporter, with global exports of poultry meat and products of $4.3 billion last year. The U.S. Department of Agriculture estimates that more than $1 billion in poultry could be exported to China annually.

Consumer-focused stocks, including Target and Lowe’s, were the best performers Thursday, offsetting declines in technology and energy companies.

Retailers and other companies that rely on consumer spending held up best. Lowe’s rose 1.5% and Target added 2.3%. Walmart, which had been solidly higher earlier after reporting strong third-quarter results and raising its annual profit expectations, fell 0.3%.