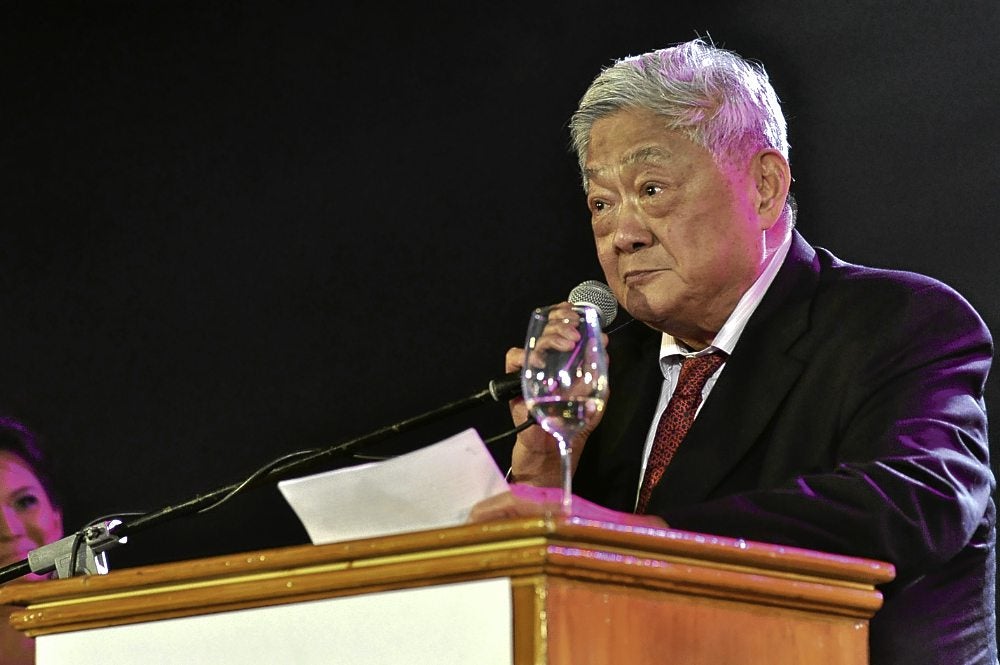 MANILA, Philippines He was a builder of a multinational consumer conglomerate across the Asia-Pacific region, a game changer in Philippine telecommunication and airline sectors, and a philanthropist who gave away half of his fortune to charity.

John Gokongwei Jr., founder and chair emeritus of JG Summit Holdings, died on Saturday night at Manila Doctor’s Hospital at the age of 93. His death was confirmed by his family.

“Today, we lost John Gokongwei, one of the greatest business leaders of our time. He was truly a visionary, a man who was much ahead of his time, an entrepreneur and a philanthropist,” said Jose Pardo, Philippine Stock Exchange (PSE) chair, who sits as an independent director on the board of the Gokongwei-led conglomerate.

Forbes magazine estimated Gokongwei’s net worth at $5.3 billion this year, listing him as the third wealthiest man in the Philippines.

Long before he died, the tycoon had passed on the reins of JG Summit Holdings to his son Lance, while the retailing business under RRHI is now run by his daughter, Robina. He devoted his remaining years to various philanthropical activities.

In 1992, he and his brothers Johnson, Henry and James donated a significant portion of their shares of stock in JG Summit to jump-start the Gokongwei Brothers Foundation (GBF), which aims to have a lasting impact on education in the Philippines.

When he turned 80 in 2006, he further donated half of his accumulated wealth to charity through GBF.

Gokongwei lived through the American colonial era and the Japanese occupation in World War II, navigated the country’s tumultuous economic and political cycles as an entrepreneur and built an expansive footprint across the Asia-Pacific region.

He was not afraid to venture into highly competitive new sectors, like telecoms, or dipping into untested waters, like petrochemicals and nurturing them no matter how long it took to achieve profitability.

He planned decades ahead, such as when he planted the seeds for overseas diversification long before the creation of a unified Southeast Asian economic bloc.

In a 2017 interview, Lance said his father-mentor showed that “having the courage of your convictions is one of the most important qualities of a strong businessman.”

He described him as a “true entrepreneur, with the innate energy, curiosity and competitiveness of a visionary and a trailblazer.”

“When he set up the Philippines’ first low-cost carrier, as well as the first integrated petrochemical plant, which is now operating in Batangas, a lot of naysayers said we would lose our pants.

“But my father, the ‘businessman who dared’ and backed by the courage of his convictions, always did what people said could not be done. He believes in marching to the beat of your own drum—be willing to take chances and if everyone is headed in the same direction, question it,” Lance said.

Through URC, the group is now a regional player in food and beverage production and one of the country’s leading players in property development through Robinsons Land.

The group is also a leader in local aviation through Cebu Air and in retailing, through multiformat retailer RRHI.

JG Summit is a pioneer in petrochemical business and a strategic investor in two of the country’s utility crown jewels—Manila Electric Co. and PLDT. The group also has interests in banking.

It has a 37-percent stake in upscale property developer UIC Ltd., which owns the majority of Singapore Land Ltd., developer of some of Singapore’s best known commercial and retail landmarks as well as residential projects in prime and suburban areas.

The Gokongwei group sold its stake in Digitel in exchange for a stake in PLDT in October 2011.

Gokongwei was the great-grandson of Pedro Gotiaco, one of the richest men in 19th-century Philippines and the ancestor of the Gaisano and Gotianuy families.

His father died during the tough colonial years, forcing him to become the breadwinner of the family.

Growing up in Cebu during World War II, he traded basic goods on a bicycle and aboard a small boat off the pier. He started working at 13 and moved to Manila when he was 22.

Gokongwei is survived by his wife of 61 years, Elizabeth, and his children Robina, Lance, Lisa, Faith, Hope and Marcia; siblings Eddie, James Go and Lily; in-laws and grandchildren.

His remains will be at Heritage Park, Taguig City, until Thursday. Mass will be held on Friday.

Instead of sending flowers, the family has requested mourners to give donations to charity.