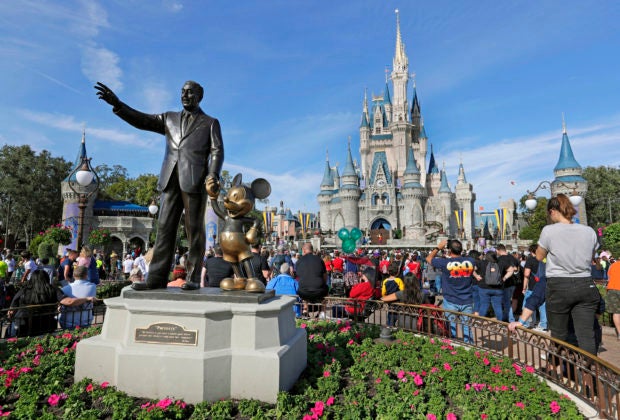 The results came as Disney readies for the debut Tuesday of its Disney Plus streaming service.

Adjusted for one-time items, its net income totaled $1.07 per share. Analysts had expected net income of 94 cents per share, according to FactSet. Disney faced costs related to its $71 billion purchase of Fox’s entertainment assets during the quarter.

Disney Plus is launching for $7 a month with five content categories: Disney, Pixar, Marvel, Star Wars and National Geographic.

It will also house 30 seasons of “The Simpsons,” a new Star Wars original show “The Mandalorian,” and its animated classics like “Snow White and the Seven Dwarfs” and “Pinocchio.”

More companies — from AT&T to NBC — are rolling out streaming services as consumers “cut the cord,” dropping their subscriptions to cable and satellite TV. The trick for the companies is finding the balance between investing heavily in the nascent services and drumming up enough subscribers and advertisers to offset those costs.

Disney CEO Bob Iger said in a call with analysts that Disney Plus will have 620 movies, 10,000 TV episodes and numerous short features by its fifth year. It is targeting 60 million to 90 million subscribers by that time.

It will be offered by Apple, Google, Microsoft, Sony and Roku’s streaming-distribution platforms. It also announced Thursday that Amazon Fire, Samsung and LG will also offer the service. /gsg