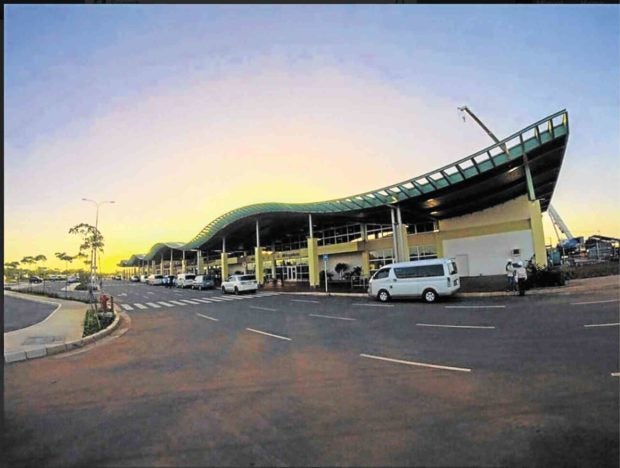 The Duterte administration on Wednesday, Nov. 6,  expanded its “Build, Build, Build” list to 100 “flagship” projects with over a fourth of them to be rolled out through public-private partnership (PPP).

One of the PPP projects given the go-signal by the government was the unsolicited proposal from Aboitiz Group to operate and maintain the New Panglao Bohol International Airport, gateway to the one of the Philippines’ most visited tourist destinations.

The old list had 75 big-ticket projects with private sector participation in only nine of them.

Dizon, also head of the Bases Conversion and Development Authority (BCDA), said the 100 projects would cost an estimated P4.2 trillion but the entire program’s cost was P8 trillion.

Dizon said the listing of more private sector-led projects meant the government was “not against PPPs as long as contracts are advantageous to the government.”

“PPP projects under the Duterte administration should promote public interest,” said Dizon in a statement.

“In other words, PPP must be for the people,” he said.

“Unfortunately, PPP concession agreements executed in the past failed to promote public interest,” he added.

Past PPPs tied the government to onerous terms like automatic rate increases, non-interference commitment and no competition clauses which had stripped the government of ability to require concessionaires to improve services, Dizon said.

Ongoing projects are also on the new Build, Build, Build list which Dizon said would be finished during the Duterte administration or “substantially completed” by 2022, the year Duterte steps down.

The list could grow longer in the coming days with other projects in the Visayas and Mindanao being added, he said. /TSB