Assemble and rise at the ‘Grounds’ 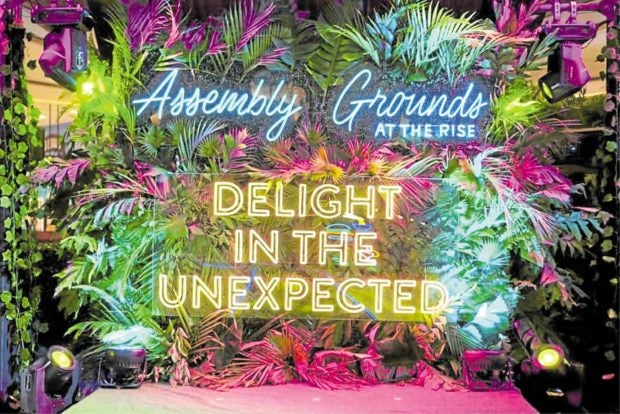 This thriving art, design and culinary borough north of Ayala Avenue just had its newest stomping grounds —a compact, two-level boutique mall whose curated offerings are well suited to the multifaceted lifestyle of a young, driven and passionate crowd.

Assembly Grounds at The Rise, the latest destination located north of Makati, officially opened its doors on Monday, providing a healthy handpick of retail, services, dining establishments and other essential stores to serve not only the residents of The Rise, but also those working and living within nearby areas and neighboring communities.

“Assembly Grounds is a community hub targeted towards like-minded people who want to enjoy and experience life, who are passionate about life. It’s also for the young professionals and the families,” said Lala Fojas, EVP and general manager of Shangri-La Plaza Corp. “What we’re hoping to provide (mallgoers) is a delightful experience—for them to delight in the unexpected.” 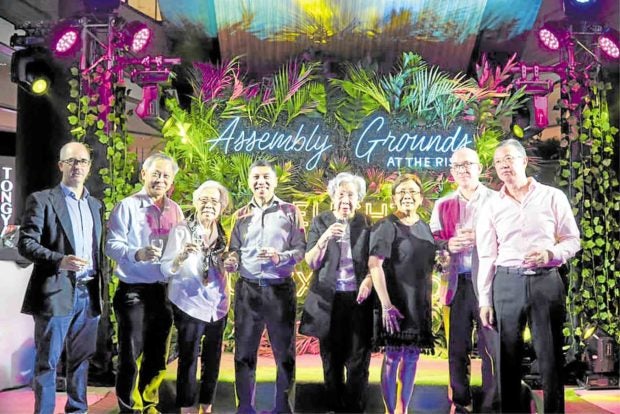 Fojas pointed out that if you look at the Assembly Ground’s curated merchandise mix, it’s meant to cater to these markets. For instance, about half of the roughly 50 stores within this community hub would comprise of restaurants. The rest meanwhile are devoted to concepts that will serve the basic needs and experiences of its target market—from retail, accessories, spas, salons, clinics as well as health and wellness stores.

“Of course, you have the newer concepts but you also have the traditional destinations where people would want to go to like Starbucks, Zubuchon, among others,” Fojas added. 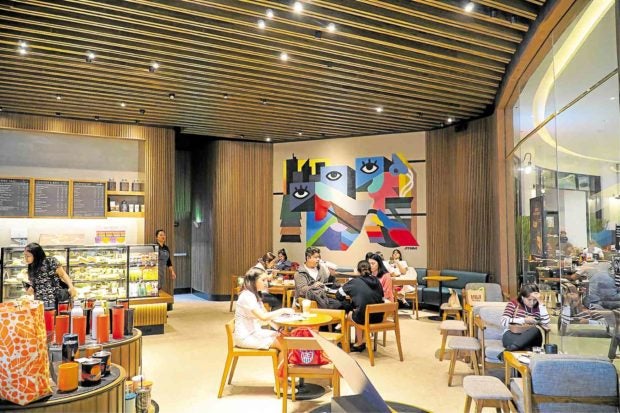 Over the next several months, mallgoers can look forward to the opening of more exciting stores including Spektral, Mey Lin Express, Vinatrang Cuisine, Casa Mia, Raging Bull + Burgers, Mihimihi, Salad Bowl, Samgyupsal, Acero Dental Clinic, Curate, and Tapout Fitness, among many other stores that are nearing the completion of their respective spaces. 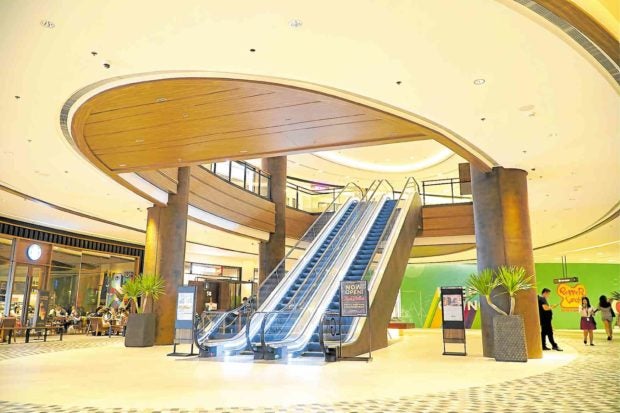 While Shang Properties brings here its distinct touch of luxe and affluence in terms of its architecture, interior design and offerings as it did with the Shangri-La Plaza in Mandaluyong City, Assembly Grounds delivers a different kind of retail mix tailored to the ever dynamic and evolving needs of this emerging young, tech-savvy and economic empowered market.

Shangri-La Plaza, after all, has bigger spaces that would allow it to host more and varied luxury brands and entertainment concepts, whereas Assembly Grounds is a more compact, two-storey mall targeted to cater to specific niches. Nevertheless, that signature Shang imprint remains the same, unmistakable and evident in both malls. 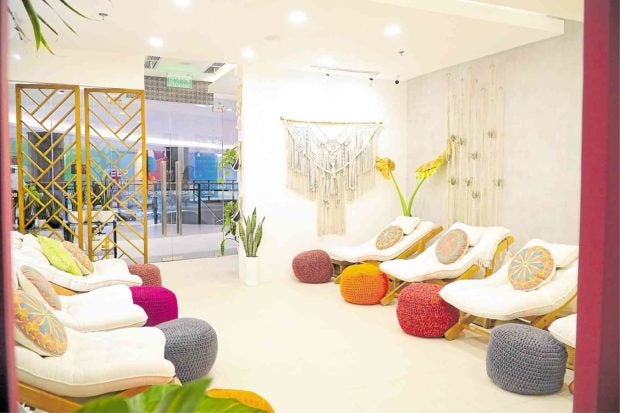 “Each (mall) has its own characteristics, uniqueness and appeal,” she added.

“Definitely, we’re looking at Assembly Grounds to be the destination—the melting point in this part of Makati. We are confident that we have a lot to offer especially to those who are young and who are passionate about life. (Apart from the offerings) our restaurants and stores are also Instagrammable and hip,” Fojas concluded.