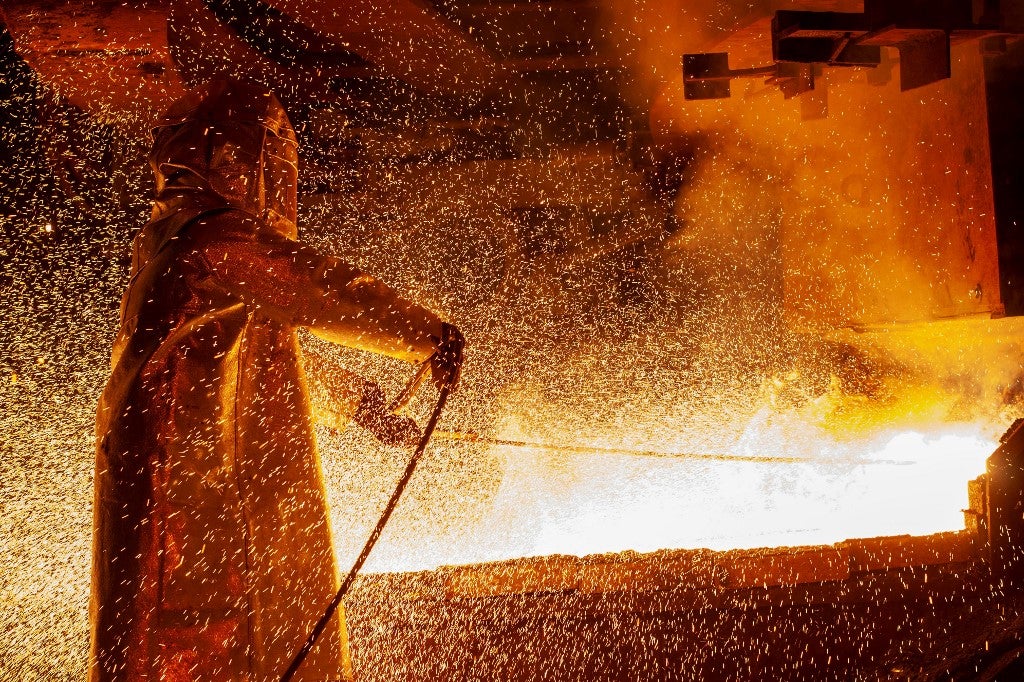 In this file photo taken on March 30, 2019, a worker mans a furnace during the nickel smelting process at Indonesian mining company PT Vale’s smelting plant in Soroako, South Sulawesi. – Indonesia will suspend nickel ore exports immediately rather than stopping overseas shipments early next year, officials said on October 29, 2019, as the world’s top producer of the mineral looks to ramp up processing at home to boost its income. (Photo by Bannu MAZANDRA / AFP)

JAKARTA — Indonesia will suspend nickel ore exports immediately rather than stopping overseas shipments early next year, officials said Tuesday, as the world’s top producer of the mineral looks to ramp up processing at home to boost its income.

Some three dozen firms met government officials on Monday and agreed to stop exporting the metal, according to the country’s Investment Coordinating Board (BKPM).

The surprise announcement comes about a month after resource-rich Indonesia shocked markets by saying it would roll out a planned nickel-ore export ban two years early.

Jakarta implemented an ore export ban in 2014 only to reverse course and relax it in 2017, when the government said companies would have five years to prepare and start building homegrown smelters – which extract base metals from ore.

The government said the decision was aimed at speeding up smelter construction in the country, which has almost a quarter of all nickel reserves, valued at around $350 billion.

“The meeting was held in order to take concrete action to speed up investment in the smelter sector,” the country’s investment agency said in a statement Tuesday, as it confirmed the suspension.

Indonesia’s previously revised timeline would have seen the export ban ushered in early next year rather than 2022, which was criticized by some for cementing the country’s reputation for policy flip-flops.

Indonesian officials have said they want to churn out higher-value mining products, rather than just shipping raw ore abroad – including to top importer China, which uses nickel to make stainless steel.

The move is also a key for plans to turn the country into an electric-vehicle hub. Nickel is used in lithium batteries that power gas-free cars.

The Southeast Asian nation has been courting automakers to invest in electric-vehicle facilities, including Toyota and Korea’s Hyundai.

Some foreign firms are investing in nickel-battery processing plants in Indonesia, including China’s Tsingshan Holding Group, while construction is underway on some two dozen domestic smelters, according to the government. /kga