Suntrust Ecotown Tanza has been, in recent times, the biggest investment generator in Cavite.

Its significant contribution to the Philippine housing industry has truly been remarkable.

By creating communities that uplift the quality of lives of individuals and inspiring them to aspire for even bigger, better and brighter things, Suntrust Properties thus deserve to be called the home of every Filipino.

A cursory look at its portfolio would reveal an array of landmark and themed developments that enabled residents and neighboring communities to greatly benefit from rising land values and an enhanced quality of life. These projects, which are spread across the country, are designed to cater and meet the needs of a wider market segment, enabling Suntrust Properties to make a distinct mark in the industry. 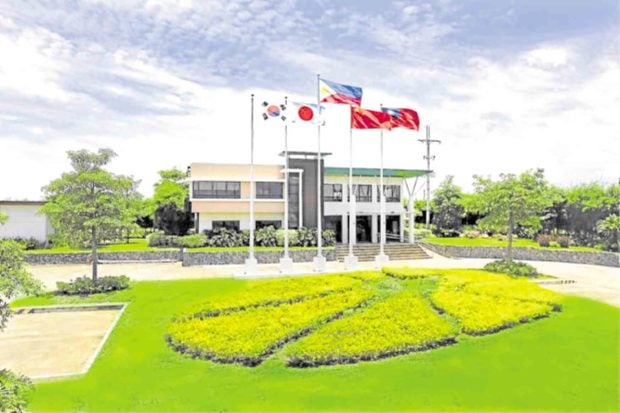 There’s really no stopping this company from pushing the boundaries to ensure that more deserving Filipinos would have a place to call their own.

Making this possible was Suntrust Properties’ acquisition of Stateland Inc., a trusted home developer backed by more than four decades of experience and expertise. Such move allowed Suntrust Properties to grow its portfolio and expand its reach in key areas and locations.

While it may have already built its strong and credible reputation in the medium and open market, the company’s acquisition of Stateland allowed it to better cater and reach the affordable and socialized markets.

“It completes the offering of the Megaworld Group as it will allow us also to focus and serve the affordable, economic and socialized market segment which is where the housing backlog is. We really want to do our share to help solve the housing problem because this is one way for us to better practice and instill the virtue of ‘malasakit’ among our people,” said Suntrust Properties president Atty. Harry M. Paltongan.

Suntrust has also enabled businesses and industries to thrive and create jobs when it developed the Suntrust Ecotown Plaza.

“The acquisition inspired everyone connected to Suntrust as it meant the company getting bigger, it manifests pride and progress for us although we are aware that is also comes with a huge responsibility. With the expansion everyone was given the opportunity to aspire to become better, it set the stage for them to really perform,” he added.

Suntrust Properties has truly come a long away in fulfilling its mission to be the partner of every aspiring individual to realize a lifelong dream of owning a home, especially with the help of its people, the Suntrustees.

But more than just being the home for every Filipino, Suntrust has also enabled businesses and industries to thrive and create jobs when it developed the Suntrust Ecotown Plaza.

A true catalyst for growth, the development of the 350-ha township paved the way for many Caviteños and neighboring communities to realize the value of living and working in a community that presents a complete offering: from residential, commercial, office and entertainment to industrial.

Suntrust Ecotown Tanza has been, in recent times, the biggest investment generator in the area and is further poised to be the biggest job generator for the province of Cavite in the coming years. The biggest component of the township is the industrial park, which was initially planned to be about 300 ha. The rest will be devoted to residential, commercial, office, entertainment and institutional components including government offices, school and hospital, among other components.

The developed lots in the industrial park are offered for sale.

The industrial park alone is expected to generate around 120,000 direct jobs and roughly 600,000 indirect jobs, which would include those for security and other support services, construction, restaurants, transportation and other service-oriented establishments.

Suntrust Ecotown Tanza was the first foray in industrial park development not just of Suntrust Properties, but of the whole Alliance Global and Megaworld Group as well.

The company decided to go into this segment as it wants to further help in nation building especially in terms of job generation, foreign and local investments, exports through environment and energy friendly developments. Moreover, it is also in line with the vision of Dr. Andrew L. Tan, the group’s chairman, to propagate more live-work-play-learn communities through sustainable township developments, like Suntrust Ecotown Tanza.

Currently, the developed lots in the industrial park are offered for sale. Some facilities providers, who bought industrial lots, are putting up factory buildings for lease to companies registered with the Philippine Economic Zone Authority.

Locators at Suntrust Ecotown can enjoy a menu of fiscal and non fiscal incentives.

Locators can enjoy a menu of fiscal and non fiscal incentives including income tax holiday or exemption from corporate income tax for four to eight years; exemption from national and local taxes; and duty-free importation of capital equipment, spare parts, materials and supplies; automated import and export permit system; and simplified import-export procedures, among other perks.