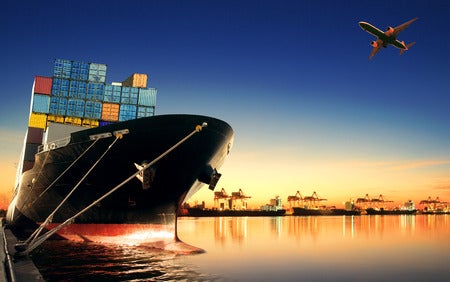 Shipowners say they are trying to cut their heavy-polluting industry’s impact on the environment by using cleaner energy — but some have stalled over limiting the speed of ships.

Led by the International Maritime Organization (IMO), the industry is considering several options to replace so-called heavy fuel oil that propels over 60,000 vessels, including tankers, used in the global transportation of goods.

Last week, the IMO met in London to discuss options with other industry players.

“The IMO’s ambition can only be realized with the development and application of technological innovation and the introduction of alternative fuels, which means low- or zero-carbon fuels should be made available soon,” said its secretary-general Kitack Lim.

French companies are driving the development of new ships that can run on less-polluting liquefied natural gas, but that does require suitable storage facilities and engines.

The new technology is gaining support from energy majors, such as Royal Dutch Shell.

“Maritime transport is very polluting and yet is the last sector not to have been regulated,” Faig Abbasov of Belgian NGO Transport and Environment told AFP.

Maritime transport accounts for 2.3 percent of carbon dioxide emissions, according to Armateurs de France representing shipping companies. This compares with 2% for air transport, according to the International Civil Aviation Organization.

The IMO has in the meantime decided that from next year sulfur content in heavy fuel oil will be cut to 0.5% from 3.5%.

This is expected to be achieved by the use of “scrubbers,” or exhaust cleaning systems fitted to ships, that reduce the amount of sulfur emitted into the environment.

The ecological benefit is exponential: a tanker that lowers its speed from 22.2 to 20.4 kilometers per hour reduces its fuel consumption by 18%.

The reduction reaches 30% if it travels at only 18.52 kilometers per hour, according to the French Ministry for the Ecological and Inclusive Transition.

“Reducing vessel speed is one of the options on the table, but it’s not the only one,” said Hiroyuki Yamada, director of the marine division within the IMO.

“This measure is pushed by some shipowners but not by all. Our role is to put in place effective measures that can provide more flexibility,” he added.

Shipowners are yet to be convinced, however.

“It’s first and foremost a question of investment,” said Philippe Renaud at CMA CGM Group. “If we reduce speed, we will need more ships.”

He also noted that “a longer journey increases storage time and results in additional cost for customers.”

The issue of reducing speeds will feature at the 75th session of the Marine Environment Protection Committee between Nov. 11 to 15. The French maritime sector is hoping for a possible vote in favor of the measure in 2020, for implementation by 2023.

“The shipping industry is going to change because we have to address climate change,” said Edmund Hughes, head of air pollution and energy efficiency at the IMO insisted last week.

He insisted, “We have to phase out carbon dioxide emissions as soon as possible.” CL/JB