The global economy is slowing, largely because of the U.S. trade war with China, according to the 189-member International Monetary Fund. 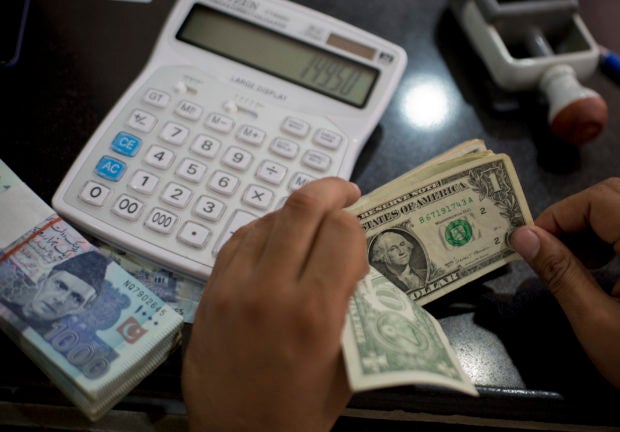 FILE – In this May 17, 2019, file photo US dollars are counted at a currency exchange in Islamabad, Pakistan. The global economy is slowing, largely because of the U.S. trade war with China, according to the 189-member International Monetary Fund. (AP Photo/B.K. Bangash, File)

The Washington-based institution is the world’s lender of last resort, providing emergency loans when countries face financial crisis. In its latest forecast the IMF blamed higher tariffs as a key driver of this year’s slowdown in global economic growth.

Growing uncertainty over trade and rising geopolitical tensions also underlie the IMF’s new forecast for global economic growth to slow to 3% this year. That would be the weakest performance since 2009, when the global economy contracted 0.1% in the aftermath of the 2008 financial crisis.

The trade war between the U.S. and China has dragged on for 15 months. Along the way, the two sides have raised import duties on billions of dollars of each other’s goods and threatened to pile on more later this year.

Uncertainty over when the conflict might be resolved has roiled financial markets and fueled fears that the dispute might tip the global economy into recession.

Tensions seemed to ease Oct. 11, when a new round of trade negotiations saw the U.S. agree to suspend a planned hike in tariffs on $250 billion of Chinese goods that had been set to kick on Oct. 15. In exchange, Beijing agreed to buy $40 billion to $50 billion in U.S. farm products.

Despite that, some investors remain skeptical.

“Really nothing came out of those talks of consequence,” said Adam Taback, deputy chief investment officer at Wells Fargo Private Bank. “The best outcome that we got was a lack of further escalation, for the time being.”

Among the issues still to be worked out include U.S. allegations that China forces foreign countries to hand over trade secrets in return for access to its market.

The U.S. also still plans to impose tariffs Dec. 15 on an additional $160 billion in Chinese products — a move that would extend the sanctions to just about everything China ships to the United States.

The slowdown in global economic growth this year has affected both advanced and emerging economies. A common thread in the weakness has been a pullback in industrial output, including a sharp slowdown in automobile production and sales.

Slower growth in industrial production has hurt global trade. Through the first six months of 2019, it was just 1% higher than a year earlier. That’s the slowest pace of trade growth in any six-month stretch since 2012, the IMF said.

Should trade tensions escalate further, global economic growth could end up missing even the IMF’s latest forecasts, the organization said.

“At the multilateral level, countries need to resolve trade disagreements cooperatively and roll back the recently imposed distortionary barriers,” the IMF said in its report. /gsg

Read Next
ADB eyes record $12B in loans to PH in 4 years
EDITORS' PICK
Cherry Mobile teams up with Cloud Panda PH, launches online store
DOH: COVID-19 mortality doubling time, transmission rate down
Someone from the Philippines can become $356 Million richer this Tuesday
Leveling up your ‘lutong bahay’ with the kitchen companion you never knew you needed
Congress urged to extend session for approval of COVID-19 response bills
Amid protests, Trump talks of war — and reelection
MOST READ
Binay dares DOTr execs to commute to work during GCQ
51 percent of German firms holding back investments in PH, but not because of COVID-19
Cole Sprouse arrested while joining peaceful protest against racism
Chaos as thousands return to work in Metro Manila
Don't miss out on the latest news and information.