Expansion of PH railway system yet to pick up steam 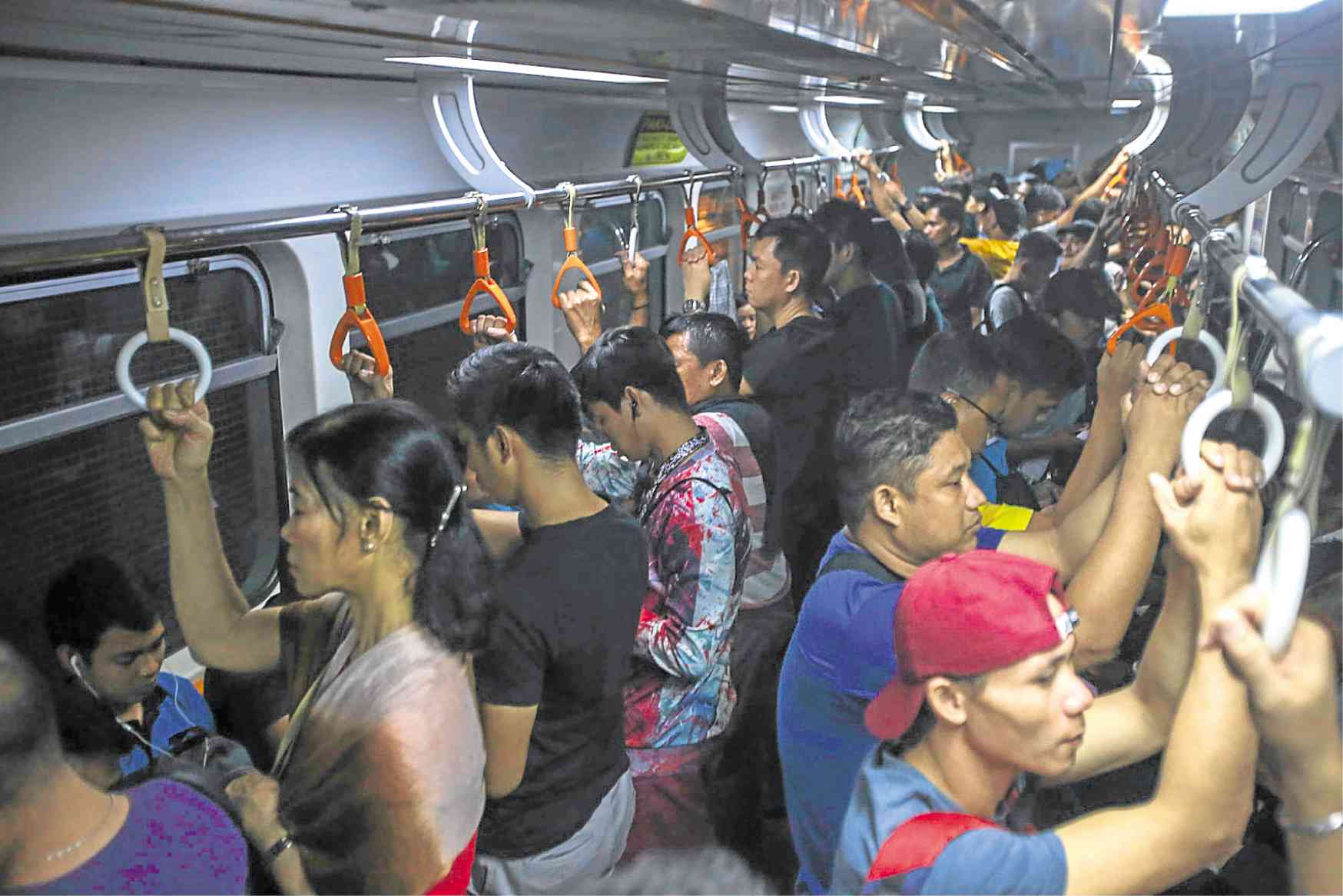 Commuters pack the inside of a Philippine National Railway train. PNR trains and the railroad look B4-2 ‘battered and reeling from neglect,mismanagement, and typhoons.’ —PHOTOS BY RICHARD A. REYES

You may find it hard to believe, but despite a seriously stunted rail transport industry, the Philippines has thriving communities (yes, plural) of railway enthusiasts—not of toy trains and tracks, but of the real package.

Like their counterparts in Japan, Philippine train geeks agonize about locomotives that succumb to old age or lines that are no longer served.
But unlike the Japanese densha otaku that see their railways develop further and farther, Philippine rail fans have so far nothing to look forward to that would replace the things that have to be retired.

In 1872, Japan beat the Philippines in establishing commercial rail services.
Of course, Japan was at the cusp of rapid modernization as it shed feudalism and isolation under the shoguns while the colonial government in the Philippines was faced with the Cavite Mutiny and its aftermath.

It took three more years for King Alfonso XII to issue in 1875 a decree that ordered the public works office in the Philippines to come up with a plan for a railway system in Luzon.
This was presented and approved within the same year, but the concession to build a railway was not granted until 1887.

Thus was established the Ferrocaril de Manila-Dagupan, which during the American annexation of the Philippines became the Manila Railway Co. Under a charter enacted in 1964, we know the company today as state-firm Philippine National Railways (PNR).

The Manila-Dagupan line finally rolled out commercially in 1892, the same year that Jose Rizal came back home.
Over the next few years, the Philippine Revolution broke out, the United States acquired the archipelago from Spain, and the Philippine-American War raged.

Still, under the Americans, an electric car network flourished in and around Manila while the provincial railway was extended southward.
But while the tranvia system had stopped expanding by the 1930s, the heavy duty rail system had connected San Fernando in La Union to Legazpi in Albay—a route that spanned 1,400 kilometers.

According to PNR, most of this was destroyed during World War II, after which only 452 km of line remained operational.

In an account of its history, the state firm describes the 1960s as ushering what “would seem to be” the golden era of railways in the country.

“Although the war devastated most of its network, and barely 50 percent was rehabilitated, during the ’60s and early ’70s the train and the railroad provided the transportation backbone of Luzon,” PNR said. 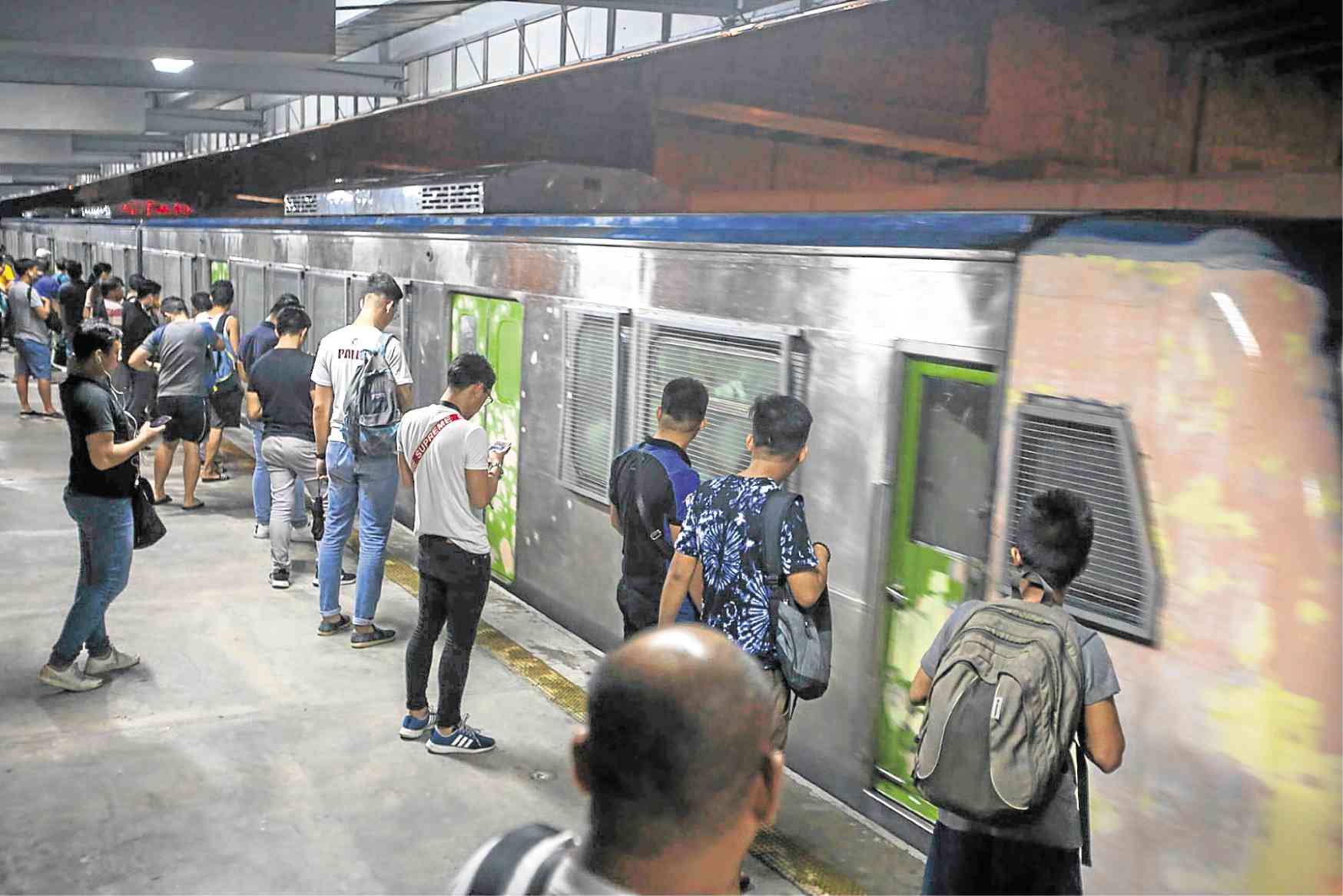 Railway aficionados may have to wait a little longer to see other things beside aging locomotives and coaches.

The company “had also become the wealthiest among government agencies in terms of assets, with such diversified investments and properties such as hotels, bus lines, and freight services.”

But a decline came too soon as government priorities under martial law turned to building more roads, specifically the Pan-Philippine or Maharlika Highway.

“And the railroad was relegated to its own backwaters as the buses and trucks and the much faster airliners took over,” PNR said. “By the late 1990s to the present decade, PNR trains and the railroad looked battered and reeling from neglect, mismanagement, and typhoons.”

Since then, there had been several plans to rehabilitate and even expand the country’s railway network, especially the provincial lines, both north and south of Tutuban in Manila.

Still, PNR’s northbound service remains a plan and the southward service is limited to Calamba in Laguna at best, but usually just up to Alabang in Muntinlupa.
A return to the days of the famed Bicol Express, not to mention an expansion to the Visayas and Mindanao, continues to be a dream.

Even then, with the Duterte administration’s slogan of “Build, Build, Build,” six of the 75 priority infrastructure projects that have been approved by the National Economic and Development Authority (Neda) are railway-related — both in-city as well as provincial rail services.

Of these six projects, the first three are in the stage of procurement as of April 2019. The fourth is still undergoing detailed engineering design. The last two are in the budgeting/financing stage.

“Bidding documents are ready and will be issued upon receipt of the third short-listed bidder from the Chinese Embassy, pursuant to the Neda Investment Coordination Committee’s (ICC) guidelines for China ODA projects,” Batan told the Inquirer.

As for the PNR South Long Haul, Batan said construction was also scheduled to start in the first half of 2020, considering that the contract with the project management consultant was signed in November 2018 and a loan agreement was signed in August.

He added that bidding papers for the Mindanao project were ready and would be issued when the DOTr receives the list of three short-listed bidders from the Chinese Embassy.

Based on the timelines described in Neda’s report on the status of these projects as of April, the target start of works is receding into the past, but the actual work has not started rolling.
There are a lot of factors contributing to inertia, but commuters’ demand to get aboard is full steam.

Railway aficionados may have to wait a little longer to see other things beside aging locomotives and coaches, old switchyards, unserved tracks ruled by improvised people movers popularly known as trolleys, and fan-made maps of what they hope would be the Philippines’ rail network.