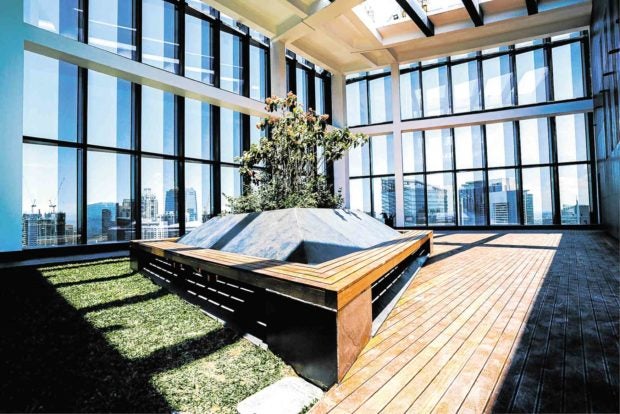 It’s a trailblazing achievement poised to alter the course of climate change history.

Boutique developer Arthaland Corp. recently received the world’s first EDGE Zero Carbon certification for its flagship office building, the Arthaland Century Pacific Tower (ACPT). This makes ACPT the only triple-certified project in the Philippines to receive the LEED Platinum rating, Berde five-star certification and EDGE Zero Carbon—all of which are the highest and most prestigious categories in green building rating standards here and abroad.

Beyond the prestige, this certification from International Finance Corp. (IFC) paves the way for a more low-carbon path among real estate developers. It demonstrates that buildings —which generate 19 percent of energy related greenhouse gas emissions and consume 40 percent of electricity globally—can be made even more sustainable and resilient.

“This distinction is an exceptional achievement for Arthaland as it continues to show the way in developing a sustainable and green model for future office developments in the country and globally. IFC remains committed to supporting developers like Arthaland to help transform the way buildings are built in the Philippines through EDGE,” said IFC country manager for the Philippines Jane Xu.

“Being the first in the world to receive this EDGE Zero Carbon certification places Arthaland and the Philippines in the global stage as one taking the initiative to address one of the most critical challenges in the world which is climate change,” added Jaime C. Gonzalez, vice chairman and president of Arthaland.

EDGE, which stands for Excellence in Design for Greater Efficiencies, formed part of IFC’s holistic strategy to steer construction in rapidly urbanizing economies onto a more low-carbon path, and commitment to create markets that are competitive, sustainable, inclusive and resilient. IFC believes that green buildings are critical in mitigating climate change. 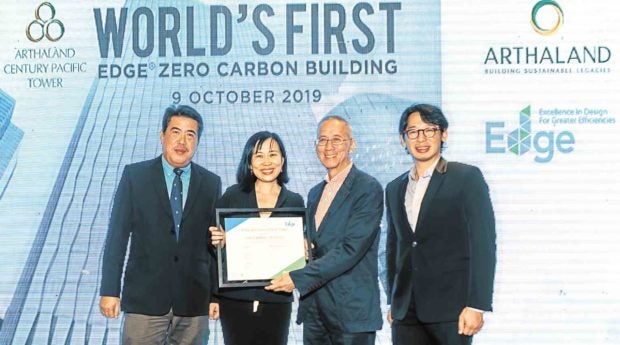 A project can be EDGE certified if it can reduce energy use by 20 percent; water use by 20 percent; and embodied energy in materials, also by 20 percent compared to a base case building. These redound to immediate benefits for the tenant firms and workers as reductions like these do not only mitigate climate change, but also offer tenants substantial savings from lower utility bills and enhanced working conditions.

Impressively, Arthaland’s ACPT is projected to achieve 45 percent in energy savings, 64 percent in water savings and 34 percent in embodied energy in materials. This multi-awarded corporate office building uses 100 percent hydroelectric energy supplied by First Gen Corp.’s Pantabangan-Masiway hydroelectric plant in Nueva Ecija. This makes ACPT non-reliant on carbon emitting coal-based energy sources. First Gen is the country’s largest producer of clean energy and is also the only power generation firm that does not have coal in its mix.

The choice of materials and many other features allowed ACPT to bag this certification. 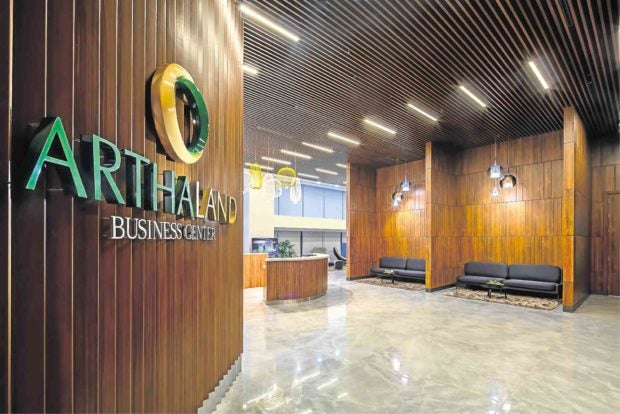 ACPT is the only triple-certified project in the Philippines to receive the LEED Platinum rating, Berde five-star certification, and EDGE Zero Carbon certification.

Arthaland likewise chose construction materials that have less embodied energy such as aluminum window frames, in-situ reinforced concrete slabs for the roof and floor slabs, medium weight hollow concrete blocks for the internal walls, curtain walling for the external walls, among others. Water saving measures include the installation of water-efficient water closets, faucets and urinals.

Also, in place are the graywater recycling system for the collection, treatment and reuse of water for irrigation and toilet flushing; water recovery; and rainwater harvesting system.

Leonardo T. Po, executive vice president and treasurer of Arthaland, said they were able to attract a good number of multinational companies who recognize the significant benefits of green buildings. The ACPT is already fully leased out.

Po added that they are also bringing the same commitment to sustainability to their two other office projects: the Savya Financial Center and Cebu Exchange, whose future tenants will also benefit from the gains being enjoyed by tenants in ACPT. The target is to have triple certifications for these projects. 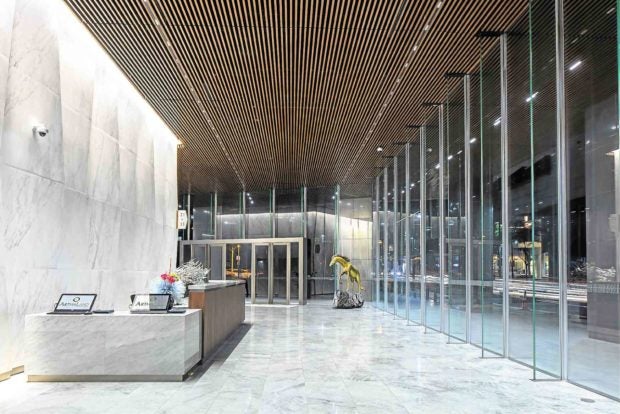 “This building is a great milestone for Arthaland. Not only is it our first premium office development, but it’s also the first EDGE Zero Carbon certified building. This helps us achieve triple bottom-line. Not only are we engaging in a profitable endeavor, but we are also making the working experience of the people in the building better by the features we place while helping save the planet,” Po further explained.