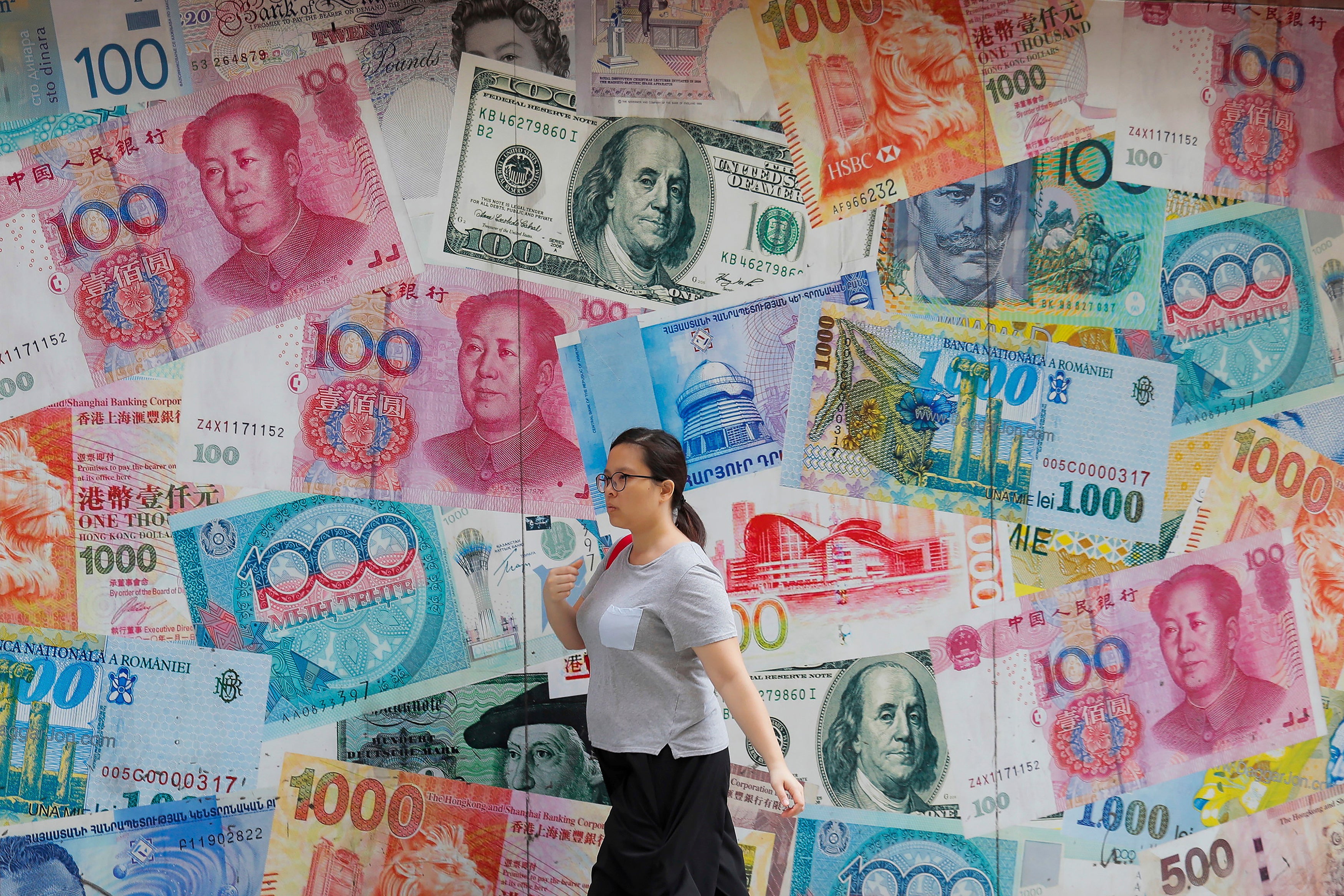 In this August 6, 2019, file photo, a woman walks by a money exchange shop decorated with different countries currency banknotes at Central, a business district in Hong Kong. The Hong Kong stock exchange is dropping a bid to buy its London counterpart following opposition from the European exchange’s management. Hong Kong Exchanges and Clearing Ltd. said it was “unable to engage” with the London exchange’s management on the deal. (AP Photo/Kin Cheung, File)

HONG KONG — The Hong Kong stock exchange on Tuesday formally dropped its bid to buy its London counterpart after the European exchange rejected the surprise offer.

Hong Kong Exchanges and Clearing Ltd. said it was “unable to engage” with managers of the London Stock Exchange Group. That followed the London exchange’s public rejection of the surprise offer in mid-September, citing a “lack of strategic merit.”

The acquisition would have created a $70 billion company. But the London exchange cited concerns including the Hong Kong exchange’s ties to the government of the Chinese territory. That gives the mainland’s ruling Communist Party influence over its operations.

The London Stock Exchange Group also owns the Milan exchange and the Russell Indexes in the United States.

The London Stock Exchange Group earlier cited strategic and regulatory reasons for turning down the proposal. One possible roadblock was a concern in Britain about the possibility of the Chinese government influencing one of the bastions of global capitalism.

But the bid by the Hong Kong bourse also included a requirement that the London exchange scrap plans to buy a financial data provider, Refinitiv.

The London side also said the deal lacked the strategic merit of acquiring Refinitiv. It also said the offer, three-quarters of which was in the form of shares, fell “substantially short of an appropriate valuation.”

The bid was made against a backdrop of increasingly violent protests in Hong Kong, a former British colony that came under Beijing’s rule in 1997.

The political turmoil has raised issues about the city’s role as a regional financial hub, as China exerts increasing influence over the semi-autonomous territory. /kga