A primer on urban mobility 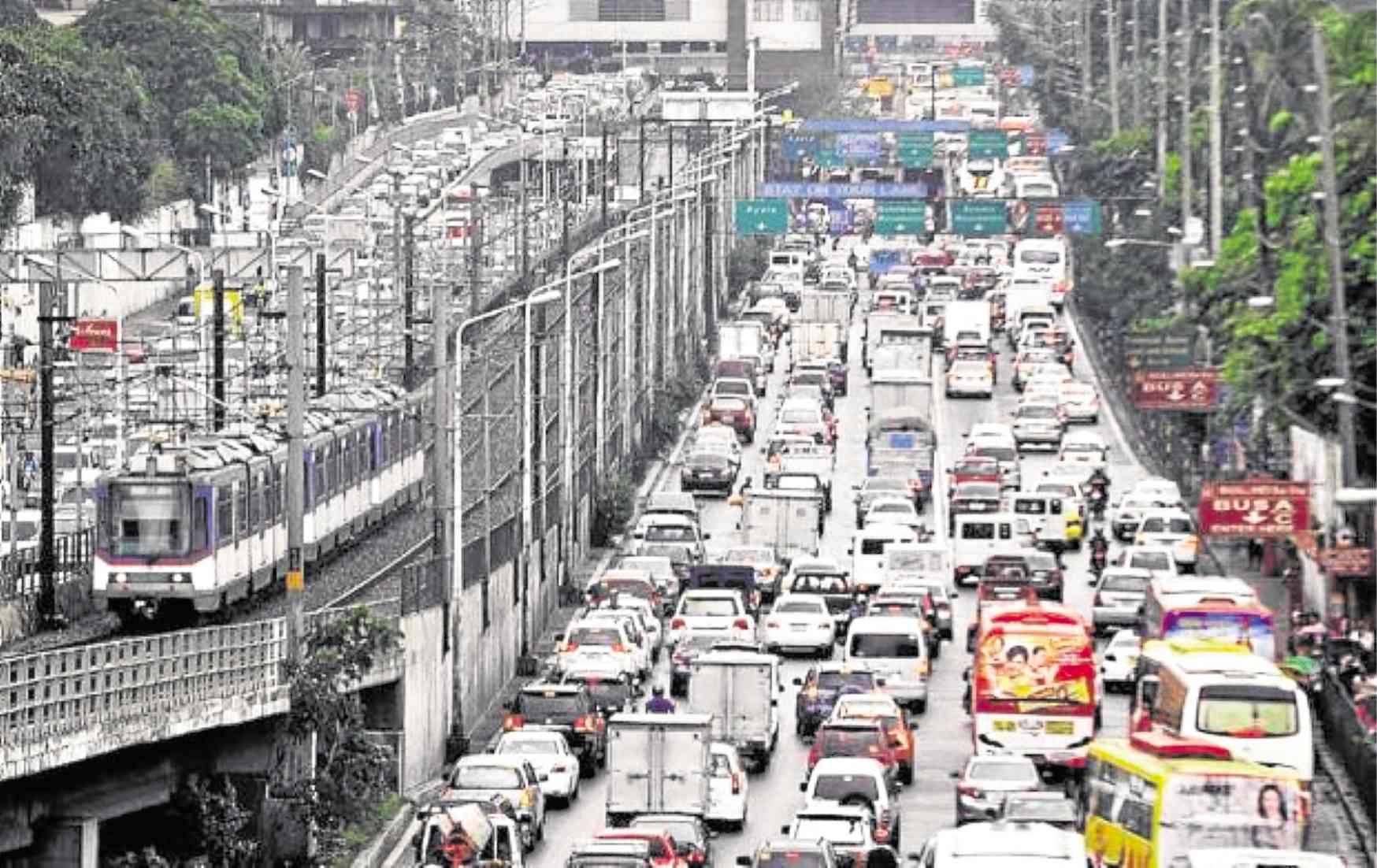 (Second of a series)

Last week’s story on the traffic woes in South Luzon Expressway (SLEx) highlighted the daily struggle of all commuters nowadays.

In fact, the snail-paced traffic in the city is no longer news to us as it is being endured with a sense of hopeless acceptance that goes with living in Metro Manila.

The story noted a common ripple effect of traffic, wherein the closure of a lane due to construction caused a queue of vehicles stretching from Alabang in Muntinlupa City to Sta. Rosa in Laguna.  The daily congestion has caused some motorists to shift to other routes (say Alabang-Zapote Road) and create congestion there in a classic butterfly effect.  The phenomenon is all too familiar: a small aberration (say a stalled vehicle on Edsa) can create chaos on other links in the network and cause a system-wide state of paralysis, now popularly known as carmageddon.

The cause behind the congestion, of course, is the surge of vehicles during specific times of the day: the daily tide of commuters and motorists who flock to the city center during the morning and reversing in the afternoon in a constant ebb and flow.

The congestion isn’t limited to road use. Public transport is not spared from this and transit users also experience horrendous congestion, shortage of rides and queues during peak hours. This pendulum movement of traffic is basically a result of spatial interactions between different activities.

In other words, accessibility is a function of land uses and their distances from one another. Distance, in the context of transportation, is the cost of moving from one place to another and can be measured in terms of length, time, economic cost or energy used. The objective of mobility, therefore, is to reduce distance, or more precisely, to reduce the friction costs of distance.

In an urban setting, travel time has become a more relevant metric of distance as this is the friction cost that is most felt (and lost) by commuters and motorists as a result of traffic congestion.

Thus, most infrastructure projects aim to reduce travel time to the city center. While well-meaning as an objective, here might lie the critical flaw in assumption that leads to dependence on certain paths and modes of travel, as this sometimes translates to adding more car lanes to the already congested route (Braess’ Paradox).

Land use is arguably the single most important factor that influences mobility. Former city planner for Vancouver Brent Toderian once said, “The best transportation plan is a good land use plan.”

Whether most people drive, use transit or walk in the city is often a result of land use decisions. Gated communities, for instance, with their restricted access, sprawl and homogeneity, encourage the use of cars for even the most basic trips.

These types of single-use enclaves such as gated villages, industrial estates and military camps separate activities from each other.  Their size and exclusivity create impenetrable barriers that prohibit public access and public transport while limiting direct and alternative pathways to other areas, funneling traffic to the edges. This thus limits connectivity to a few specific routes, and thereby also planting the seeds for “path dependency.”

The dependency on specific paths and travel modes are often not a result of poor transport planning, but rather and more fundamentally, due to poor land use planning.

The idea of exclusivity—whether in terms of land utilization, road use or vehicular use—has far reaching implications on transport and has eliminated various opportunities of shared use and access.

Interestingly, despite the view that there are too many cars in the metropolis and not enough public transport, 68 percent of motorized trips in Metro Manila are made by public transit. Only 30 percent of these motorized trips are only for a distance of less than 2 kilometers: the so-called, first and last mile connection.

Metro Manila has over 15 different forms of public transportation, some of which are small-scale, informal systems. These modes address the demand for mobility in places that are not reached by formal transit. While mass transport routes tend to mirror vehicular routes (path dependency), small-scale transport addresses the gaps, moving people and goods along feeder routes, handling the start and end legs of the commute.

If travel time is considered a friction cost of mobility and if traffic congestion results in actual economic and productivity losses, then why is the use of congested roads free? And what if instead of asking “how can we move people faster from A to B?”, we reframe the urban mobility question to, “how can we provide ease of movement for people?”

After all, travel time is not the sole measure of the friction cost of distance. Length, or the actual kilometers traveled, can be shortened by bringing destinations closer to each other, to a point where walking becomes a real choice for mobility.

This again, is a function of land use planning.

The author is founder and principal of Joel Luna Planning and Design, a masterplanning and property development consultancy practice with extensive experience in mixed use developments and townships. www.jlpdstudio.com