Coaching Leaders: What’s in it for organizations?

Leaders define and power their organizations forward.  They set the standards and model the way. People look to them for direction, for the drive to excel, the courage to innovate, and the inspiration to go the distance.  They are expected to champion the culture, strategies, systems, and practices that keep an organization strong, and performing above par.

But who champions the champ?  When business operations reach crunching levels and old solutions do not seem to work;   when he is confronted by new conditions that demand new skills and new perspectives; when his confidence is shaken; when he wants to push his limits but some fear or doubt keeps getting in the way; or when perhaps he simply wishes to explore potentials and opportunities–then what, or who can possibly help?

“Executive Coaching is sure to make a difference,” says Alma Horn, ACC, incumbent president of the International Coach Federation (ICF) Philippines Charter Chapter, and the force behind the hosting of the international Coaching Summit at the Conrad Hotel, Manila, on November 8, 2019.   BY ICF definition, Coaching is partnering with clients in a thought-provoking and creative process that inspires them to maximize their personal and professional potential. “Leaders occupy a special place in the Coaching field,” Horn points out.

ICF Philippines founder, Julius Ordonez, the only Filipino, thus far, to have earned the highest ICF credential of Master Certified Coach (MCC) explains, “Leaders have unique needs that cover diverse grounds, given their responsibilities.  The choices they make have far-reaching implications. They deal with pressures from all fronts – customers, business owners, regulators, even their own people. Time, health and happiness can become extraordinarily pressing issues, especially when they are pushed to the sidelines of the daily grind.” 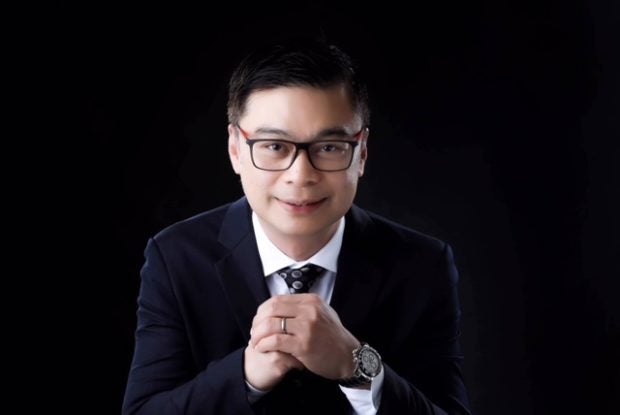 Executive Coaching gets them to rise above what is urgent and to evaluate what’s important. “And especially,” Horn says, “to take action towards achieving the goal they have decided on, or becoming how they truly believe they should be.”

Atty. Paul Roderick A. Ysmael, an accomplished lawyer and banker who currently serves as legal counsel of the Bank of the Philippine Islands (BPI) talks enthusiastically about the Executive Coaching program he completed in the summer of this year.  It was, he said, “a transformative learning experience that every corporate leader should undertake.”

In an effusive testimonial, Atty. Ysmael wrote, “Coaching is an aided self-discovery or self-rediscovery. The guidance of the coach through a series of conversations and interactions is aimed to help the person in his exploration of himself.”   His observation highlights the principle that the Coachee’s most valuable resource is himself — that he can find the answers to his questions, and in the end, nothing can be more empowering than taking responsibility for what one wants of life.

A leader who discovers or regains a foothold in this zone will benefit greatly, not just from acquiring a new and more positive point of view, but often from realizing profoundly that he has, after all, what he needs to bring about his desired outcomes.  With deeper confidence in his ability to achieve compelling goals, and to enable others to do the same, his capacity to contribute to the organization expands exponentially.

Ordonez considers it a privilege to have worked as Executive Coach to so many leaders both within and outside the country.  The joy, he says, lies in seeing your Coachee rise to higher standards he has set for himself, or to witness him reclaim, and lead from a more solid sense of self- worth, ultimately attaining more than he originally thought he would.

Gary de Ocampo was a new CEO of TNS (now Kantar Consulting) when he opted to go through Executive Coaching.   At that time, he was facing what he perceived was an enormous and critical handicap, even as he had just been promoted to the highest position in the Company.   “I needed to fill shoes that I thought were too large,” he said.

He was taking over the seat of a widely-admired and respected CEO.  The prospect of being compared unfavorably to his predecessor weighed him down.  He turned to Executive Coaching hoping it will strengthen his credibility and help him measure up.   The results amazed him.

“The best benefit I got was discovering myself again,” he shared during a Panel Discussion on the last International Coaching Summit in the Philippines a few years back. “I found a new confidence from knowing myself better and living it. I realized that I did not need to copy anyone’s style.” Valuing and putting his own distinct capabilities to work gave Gary the credibility he so wanted.  He was able to negotiate the transition successfully and to ultimately establish his own leadership brand. Surprisingly, he noted, the more he chose to be himself, the better he was able to focus on others.

Because leaders wield enormous influence, the gains from Executive Coaching have multiplied a hundredfold and impact practically all segments of the workplace.  The intervention is particularly valuable when viewed through the lens of culture-building. The new definition of culture, many people say, is simply, “what the leaders do.”   A leader who has benefited from the energizing and expansive results of coaching inevitably becomes the most persuasive advocate of positive organizational change.

Chandra Anamirtham, President & General Manager of Western Digital Philippines who sponsored a massive Coaching Program for his people after decisively overcoming a stubborn personal challenge through Executive Coaching, once said, “When we talk about results, what’s important is the culture.  That’s what we are measuring – how the culture is changing. Our performance measure is employee morale. “ The journey was not easy, he reported, but the goal was ultimately achieved and the outcome was phenomenal.

There has been a marked increase in the demand for Executive Coaching, as more organizations see the value of strongly supporting their C-Suite, as well as developing the management ranks for leadership succession.  Happily, ICF Philippines has built a strong corps of professional coaches with credentials and appropriate training to respond to the call. “Still, there is room to build a bigger, more vibrant community,” ICF Philippines Chapter President Alma Horn stresses.  “And we want to be able to provide the opportunity for those interested to learn or further sharpen their coaching competencies.” The International Coaching Summit in November which brings to the country a formidable line up of Speakers and Resource Persons on the various dimensions of Coaching is not to be missed.  To register and find out more about the Summit, visit the website at icfphilippinescoachingsummit.com or call 8127177.

Read Next
Ayala Land most awarded company of the past decade in Asiamoney polls
EDITORS' PICK
Robredo spox thanks Duterte for defending VP’s efforts vs COVID-19
Diokno to Duterte: OK to make fun of buck tooth, but focus on people’s needs first
10 Filipinos positive for COVID-19 in UK, 7 in Ireland — envoy
Nograles: Cabinet members to donate 75% of monthly salary to aid COVID-19 fight
IATF to LGUs: Issue ordinances vs attacks on frontliners, COVID-19 patients
Quick chat with Nicole Andersson: ‘You really don’t need much to be happy’
MOST READ
Coronavirus hotbed Rizal to shut borders on April 6
Sotto on Isko Moreno’s call: We do our job without the media following our every move
Gov’t mulling quarantine period extension of 15-20 more days
ADB warns PH against prolonged lockdown
Don't miss out on the latest news and information.