ADB president to step down 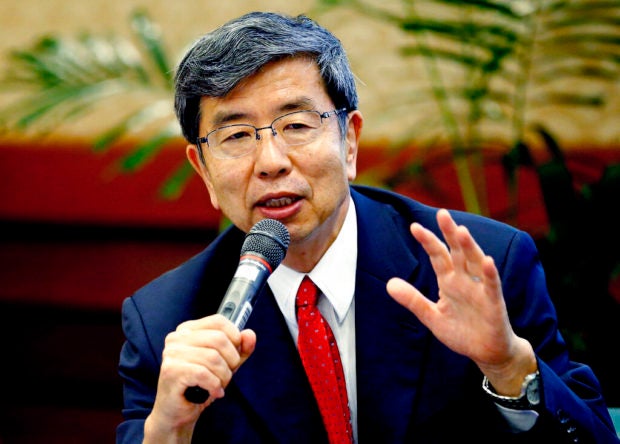 TOKYO — The president of the Asia Development Bank, Takehiko Nakao, plans to step down early next year, the regional lender said Tuesday.

Japan has usually headed the ADB as a top donor. Finance Minister Taro Aso said in a statement that Tokyo would soon nominate a “high-caliber candidate” as Nakao’s successor.

Aso said the government planned to recommend Masatsugu Asakawa, a former vice finance minister, as Tokyo’s choice as “best qualified” for the job.

He said he was leaving to make way for someone with “fresh ideas.”

Asakawa, 61, was Japan’s top currency official for four years before becoming a government adviser in July.

The Japanese financial newspaper Nikkei cited officials expressing concern China might challenge Tokyo’s hold over the Manila, Philippines-based bank, which it has headed since its 1966 founding.

The bank said in a statement that “The election for the new president will be in accordance with the open, transparent and merit-based procedure.”