BANGKOK – Shares were mostly lower in Asia on Tuesday after an attack on Saudi Arabia’s biggest oil processing plant caused crude prices to soar, prompting selling of airlines and other fuel-dependent industries. 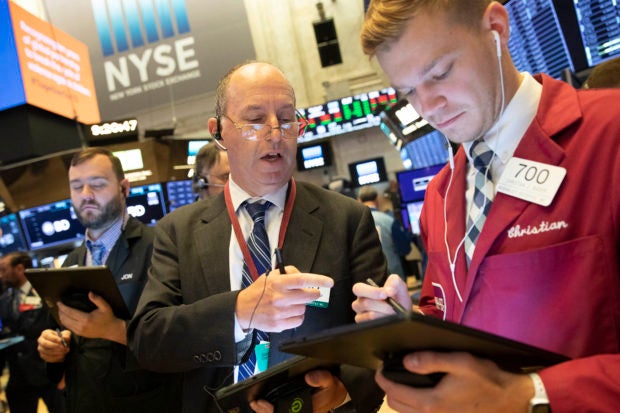 The U.S. and international benchmarks for crude fell back slightly after vaulting more than 14% overnight, that’s comparable to the 14.5% spike in oil on Aug. 6, 1990, following Iraq’s invasion of Kuwait.

Moody’s said in a statement that the change in its outlook to “negative reflects the rising risk that the ongoing protests reveal an erosion in the strength of Hong Kong’s institutions, with lower government and policy effectiveness than Moody’s had previously assessed.”

The turmoil was “damaging its attractiveness as a trade and financial hub,” it said.

Elsewhere in Asia, shares fell in India, Taiwan and Singapore but rose in Indonesia and Thailand.

Shares of oil producers jumped, while prices for Treasurys, gold and other investments seen as less risky rose.

The weekend attack on the Saudi Aramco plant halted production of 5.7 million barrels of crude a day, more than half of Saudi Arabia’s global daily exports and more than 5% of the world’s daily crude oil production.

The attack raised worries about the risk of more disruptions in the supply of oil at a time when the global economic outlook is clouded by uncertainty.

Still, analysts expressed doubts that the disruption in Saudi Arabia’s oil production would have much of an impact on the U.S. economy, at least in the short term.

The bigger concern is over whether there might be more attacks.

“At a time when oil markets have been in the shadows of a weak global macroeconomic backdrop, the attack on critical Saudi oil infrastructure calls into question the reliability of supplies from not just one of the largest net exporters of crude oil and petroleum products but also the country that holds most of the world’s spare production capacity,” Barclays analyst Amarpreet Singh wrote in a report.

The spike in oil prices weighed on shares in airlines, whose operations can be hurt by any rise in the price of fuel.

American Airlines Group, which spent $3.7 billion on fuel and taxes in the first half of the year, dropped 7.3%. United Airlines slid 2.8%, and Delta Air Lines dropped 1.6%.

Prices for U.S. government bonds rose as investors moved into safer investments. Yields for bonds fall when their prices rise, and the yield on the 10-year Treasury dropped to 1.85% from 1.90% late Friday.

Meanwhile, General Motors slumped 4.3% after more than 49,000 members of the United Auto Workers went on strike. It wasn’t clear how long the walkout would last.

The week’s headline event is the Federal Reserve’s meeting on interest rates. Investors are confident the central bank will cut short-term rates by a quarter of a percentage point to a range of 1.75% to 2%. It would be the second such cut in two months, as the Fed tries to protect the economy from a global slowdown and the effects of the U.S.-China trade war.