South Korea set to exclude Japan from whitelist this week 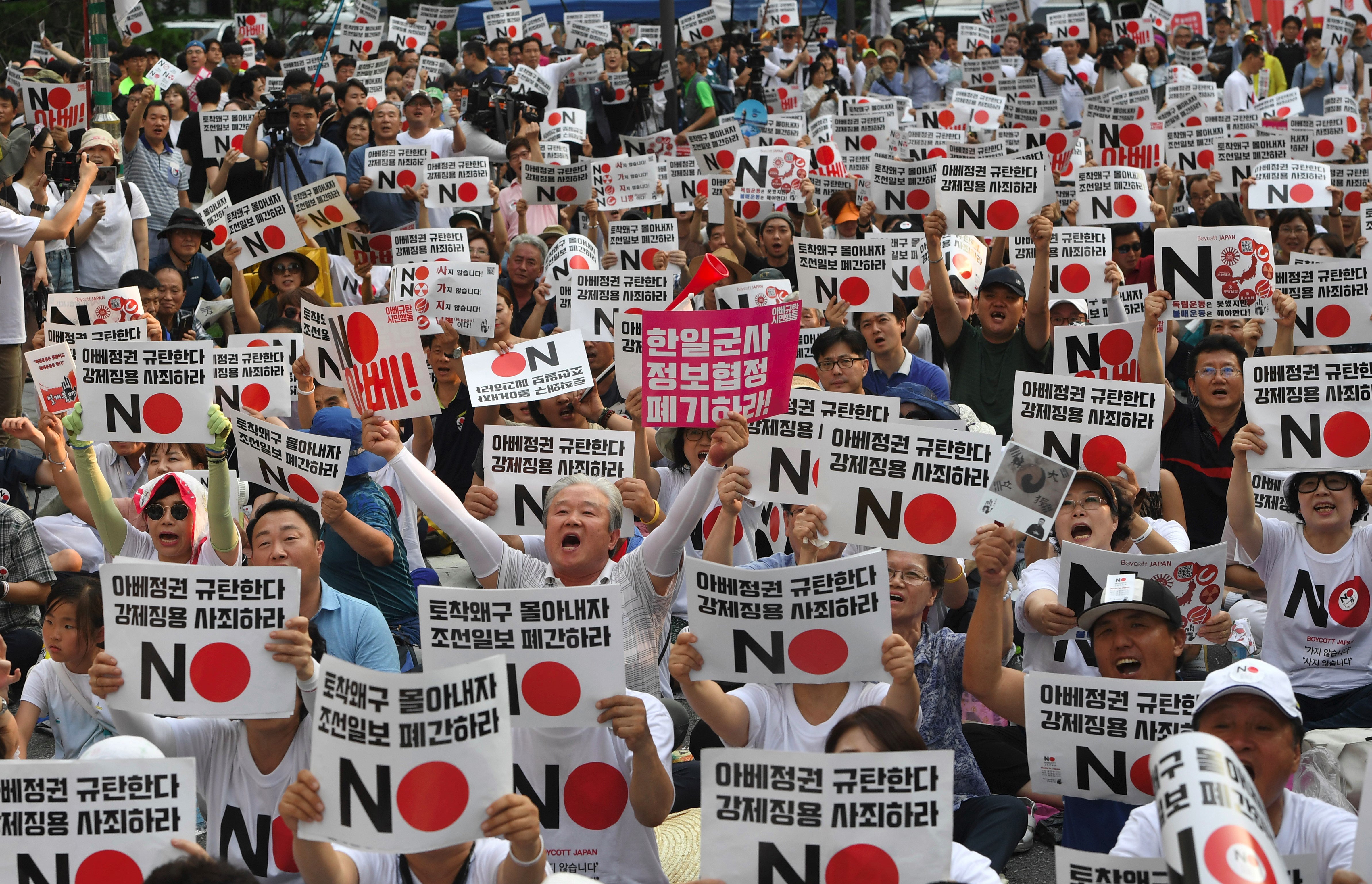 Protesters hold up placards reading “No (Japan)” during a rally against Japan’s decision to remove South Korea from a so-called “white list” of favoured export partners, near the Japanese embassy in Seoul on August 3, 2019. – Japan and South Korea rescinded each other’s favoured export partner status on August 2, and Seoul said it would review a military information agreement, as a long-running row between the US allies hit a new low. (Photo by Jung Yeon-je / AFP)

SEOUL — South Korea is set to exclude Japan from its export control whitelist this week in response to Tokyo’s earlier decision to remove Seoul as a preferred trading partner and impose tighter controls on exports.

Since the Aug. 12 announcement by Industry Minister Sung Yun-mo that Korea would drop Japan as a preferred trading partner, the ministry has completed the necessary administrative steps, such as soliciting opinions from the public and submitting the revised rules to the Office of Legislation for review. It is set to publish an official gazette as early as this week, officially excluding Japan from the whitelist, officials said.

At present, Korea divides countries into two groups under its export control system: group A and group B. When the change takes effect, Japan will fall into the newly established group A-2.

Nations in group A-2 will be treated the same as countries in group B with respect to the level of export controls, with some exceptions.

At the time of the announcement, Industry Minister Sung said the Korean government was “ready to respond anytime and anywhere if the Japanese government asks for consultations during this period to (offer its) opinion.” But Korea has received no response, according to officials.

The WTO complaint concerned Japan’s restrictions on exports to Korea of three high-tech materials crucial to the production of chips and display panels. Japan took the action July 4, after Korea’s Supreme Court decided to hold Japanese companies liable for having taken advantage of forced labor during World War II.

“As the Japanese Cabinet-level officials have mentioned multiple times, Japan’s export control is a politically motivated step related to our court’s ruling on forced labor and aimed at our country directly,” said Yoo.