China to lift punitive tariffs on US soybeans, pork 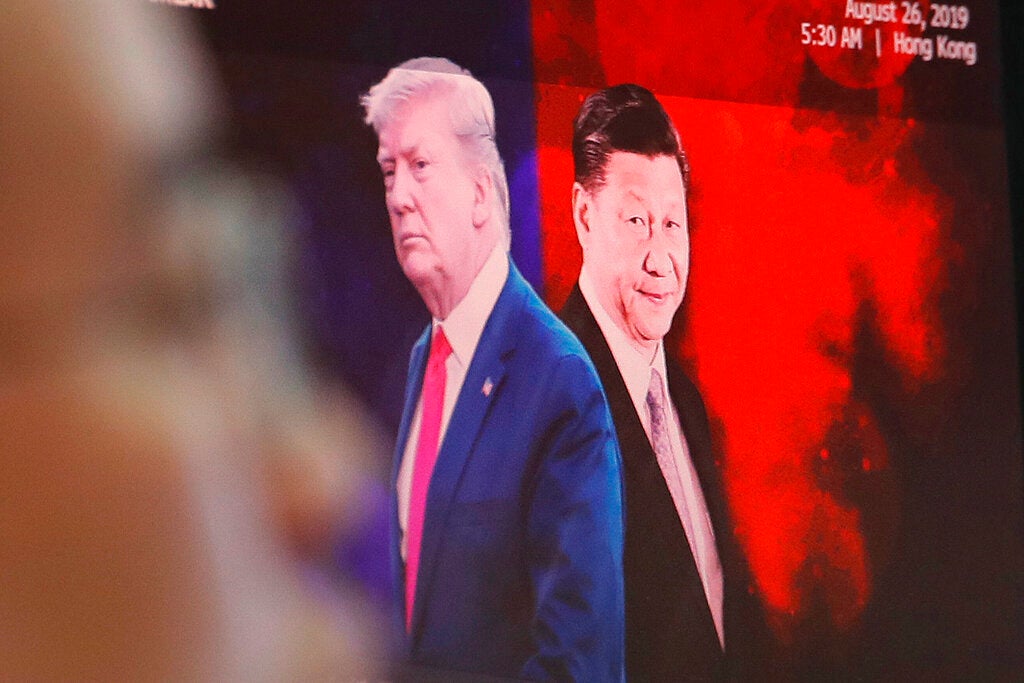 BEIJING — China will lift punitive tariffs imposed on U.S. soybeans and pork in a trade war with Washington, a state news agency said Friday, adding to conciliatory gestures by the two sides ahead of negotiations.

China will suspend tariff hikes on soybeans, pork and some other farm goods, the Xinhua News Agency said, citing the Cabinet planning agency and the Commerce Ministry. Beijing “supports domestic companies in purchasing a certain amount of U.S. farm produce,” it said, but it gave no details.

Hopes are growing that the two sides might defuse the prolonged dispute that is threatening global economic growth. But there has been no sign of progress on the main issues in their sprawling conflict over trade and technology.

Beijing’s decision to restore access to low-cost U.S. soybeans also would help Chinese pig farmers who use soy as animal feed. They are reeling from an epidemic of African swine fever that has caused pork prices to soar.

Phone calls to the commerce and finance ministries weren’t answered on Friday, a national holiday in China.

“China has a huge market, and the prospects for importing high-quality U.S. farm produce are broad,” Xinhua said. “China hopes the United States will be true to its word, make progress on its commitments and create favorable conditions for bilateral agricultural cooperation.”

The Commerce Ministry said Thursday importers were asking American suppliers for prices of soybeans and pork. It gave no indication whether they planned to place orders.

Washington wants Beijing to roll back plans for state-led development of leaders in robotics and other technologies. The United States, Europe and other trading partners argue those violate China’s free-trade commitments.

Some American officials worry they will erode U.S. industrial leadership.

Negotiations broke down in May over how to enforce any deal. Beijing says Trump’s tariff hikes must be lifted as soon as an agreement takes effect. Washington wants to keep some in place to ensure Chinese compliance.

Trump and Chinese President Xi Jinping agreed in June to resume talks but the last round in Shanghai in July produced no progress.

Chinese negotiators are due to fly to Washington in early October to meet with Mnuchin and U.S. Trade Representative Robert Lighthizer, according to the treasury secretary. He said mid-level U.S. and Chinese officials were due to meet next week or the following week to prepare.

By delaying his tariff hike, Trump allowed for the possibility the talks might make enough progress to avert the increase indefinitely. However, economists say a final agreement is unlikely this year.

Tariff hikes by both sides on billions of dollars of goods have disrupted business for farms and factories in both countries, weighing on global economic growth.

China’s announcement Friday also fine-tunes trade penalties to reduce damage to its own economy at a time of slowing growth.

Loss of access to American soybeans pushed up costs for Chinese pig farmers after African swine fever caused the loss of more than 1 million pigs and disrupted supplies of China’s staple meat, causing prices to soar.

Authorities have told soybean importers to find new sources but the United States is the biggest and lowest-cost exporter. Buyers are looking to Brazil and Argentina but their output cannot fill the whole gap and their prices are higher.

On Wednesday, Beijing announced exemptions from punitive duties for 16 categories of American products.

The Chinese exemptions apply to raw materials needed by farmers and factories and some medicines.

The Commerce Ministry said Thursday that exemptions were granted if no alternative suppliers could be found or the increase would hurt Chinese industry or the economy.

Coronavirus can still be brought under control—WHO