Investors drew encouragement from China’s decision to exempt some U.S. products from a recent round of tariffs. Tokyo, Shanghai and Sydney advanced while Hong Kong slipped. 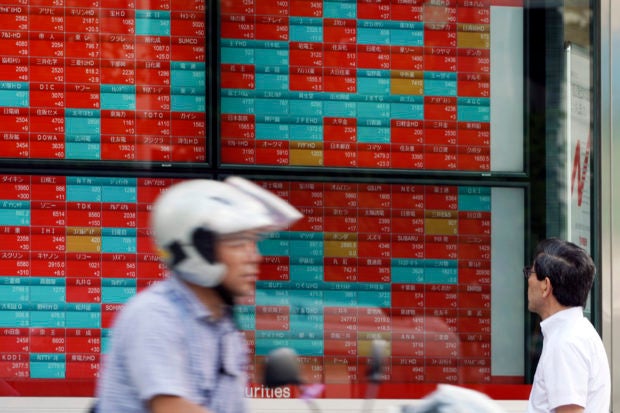 In New York, the benchmark S&P 500 index, which had been essentially flat since Friday, is on track for its third straight weekly gain.

Wednesday’s push into technology companies marked a reversal from the first couple of days of the week, when traders bid up energy, financials and other sectors that had sold off in recent weeks. The tech sector is particularly sensitive to fallout from the trade war between Washington and Beijing because many big companies, such as Apple, manufacture products in China.

An escalation in the trade war roiled financial markets this summer as investors fretted that higher tariffs and a slowing global economy could tip the U.S. into a recession. The economic uncertainty has also become a drag on companies.

Some of those trade concerns appeared to ease Wednesday after China said it will exempt American industrial grease and some other imports from tariff increases, though it kept in place penalties on soybeans and other major U.S. exports ahead of negotiations next month.

As a gesture of “goodwill,” President Donald Trump said on Twitter on Wednesday that the United States agreed to a two-week delay in a planned increase in tariffs on some Chinese imports.

The moves could indicate that both sides are settling in for an extended conflict even as they prepare for talks in Washington aimed at ending the dispute that threatens global economic growth.

The uncertainties appear likely to persist.

“Just as the presidential tweet on tariffs this morning has injected more momentum into stocks and most likely emerging-market assets, what one hand gives, the other can take away. We are only one social media posting away from a thoroughly unpredictable President turning sentiment on its head,” Jeffrey Halley of Oanda said in a commentary.

Investors continue to expect the Federal Reserve will cut interest rates at its meeting next week in another bid by the central bank to help maintain U.S. economic growth. The Fed raised its benchmark interest rate in July by a quarter point. That was its first hike in a decade.