Duterte to investor: Stay out of Western Mindanao, invest in Visayas instead 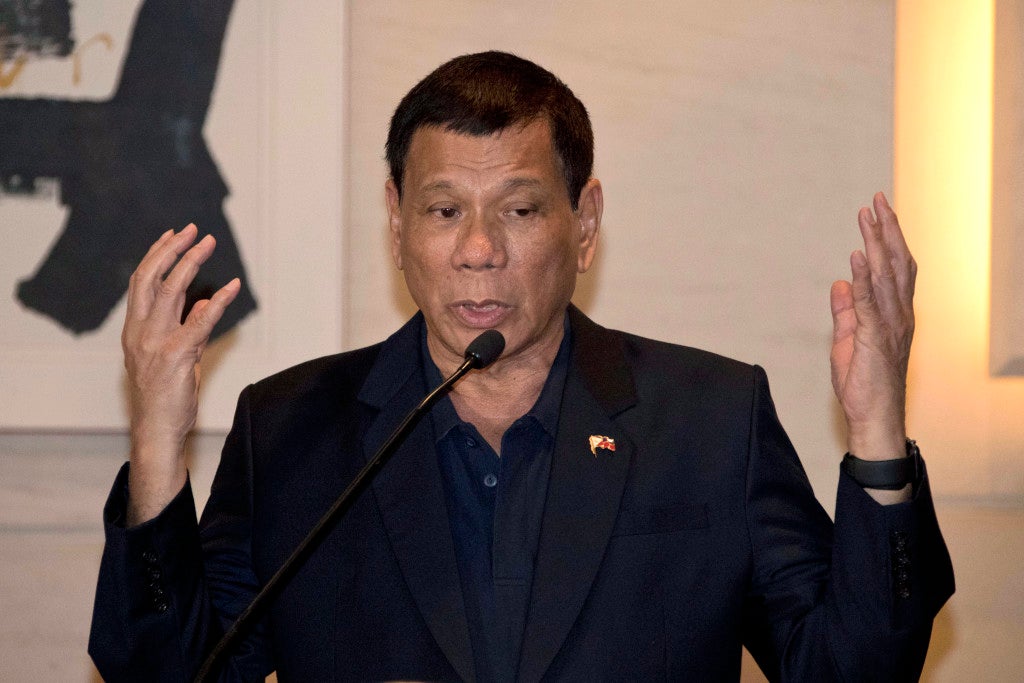 DAVAO CITY, Philippines–President Rodrigo Duterte told a gathering of tourism and business players here he would not recommend any new investment and economic activities in Western Mindanao. Instead, he urged investors to put their money in the Visayas, particularly in Cebu and Bohol.

“You have to consider the law and order in Mindanao,” he said in a speech during the grand opening of the Dusit D2 Davao hotel here Friday night.

“I will not recommend any new economic activity or investments on the Western side, especially on the islands there. I don’t think it’s prudent for you to consider,” he said. “But upwards toward the north, the Visayas would be a good place to look and think of things that you can do. Cebu and Bohol are really good places to consider,” the President said.

“We’ve been able to strike a solution (to the conflict) in Central Mindanao, there’s less fighting now because of BOL and I’d like to congratulate my brother Muslims because there’s almost no incident (of fighting)in Central Mindanao,” the President said.

But he admitted the communist New People’s Army (NPA) remained to be a problem of his administration.

“I just hope we can do something about it before my term ends,” Duterte said.

The President, who arrived at the Dusit Thani ballroom at 10:13, or three hours late of the 7 p.m. schedule, also apologized to have kept hotel guests waiting.

“Again, I’m sorry for being late,” he said towards the end of his relatively short speech, “I thought you were all gone because I only saw one car parked outside.”

He reiterated what he said earlier in his speech that he had attended an event of an old friend.

During the ceremony, the Torre Lorenzo Development Corporation (TLDC) announced a P10 million assistance to the Armed Forces of the Philippines (AFP) in the next 10 years to help send to school the son and daughters of soldiers wounded in action.