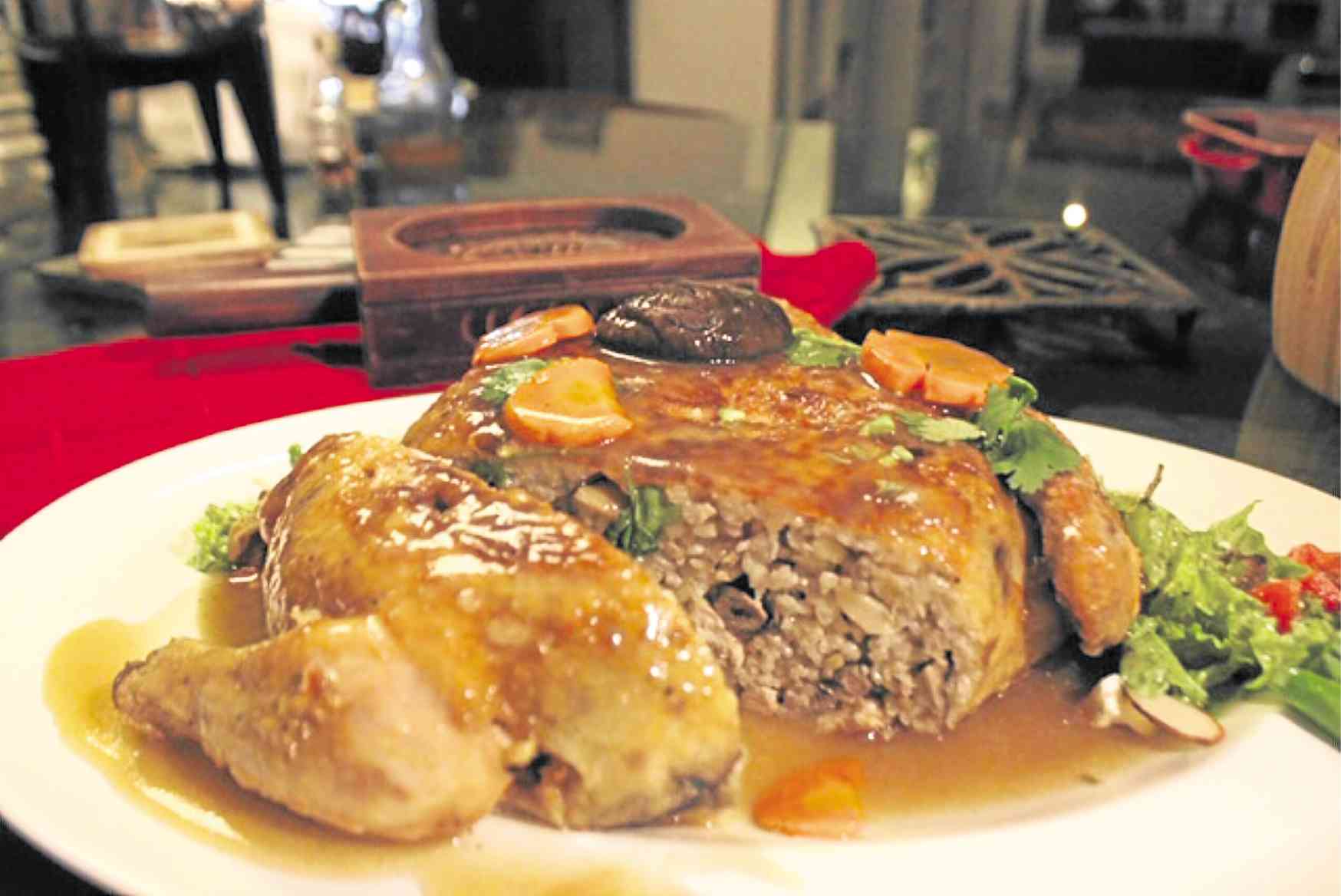 It was the chicken that did it. Specifically, the Pat Po Kwe or eight-treasure chicken, the star of many celebrations of Chinese families that used to be hard to come by. That is, until Wok With Mom came along.

Wok With Mom is a catering and delivery service established by Oi Lim last year to celebrate her mother’s cooking and to mark her own transition from a high-ranking corporate executive into a full-time entrepreneur.

For 20 years, Lim was the head of the night shift operations of a leading business process outsourcing company, one of the pioneers in the field that now employs millions of Filipinos and contributes to its foreign reserves.

It took immense grief due to the death of her beloved grandmother to point her in a new direction.

“I was physically exhausted from work shifting (I sleep at sunrise). Experiencing intense grief was a good wake-up call to assess that I should be a risk taker now versus risking things at 60,” Lim says.

She did not have to go far to get her business idea as it was just there at home, waiting to be tapped.

Lim shares that her mom, fondly called Mommy Gemma, was a cooking teacher and restaurant owner during the 1970s and 1980s. Her mother would always ask her what she wanted to eat. From simple dishes, she gradually upped the ante, with her mom preparing more complicated dishes.

Fortunately, her mom knew how to make it. So she took a photo of the sumptuous dish and posted it on Facebook. The next day, she got three orders and that marked the beginning of her journey to becoming a full-fledged entrepreneur. 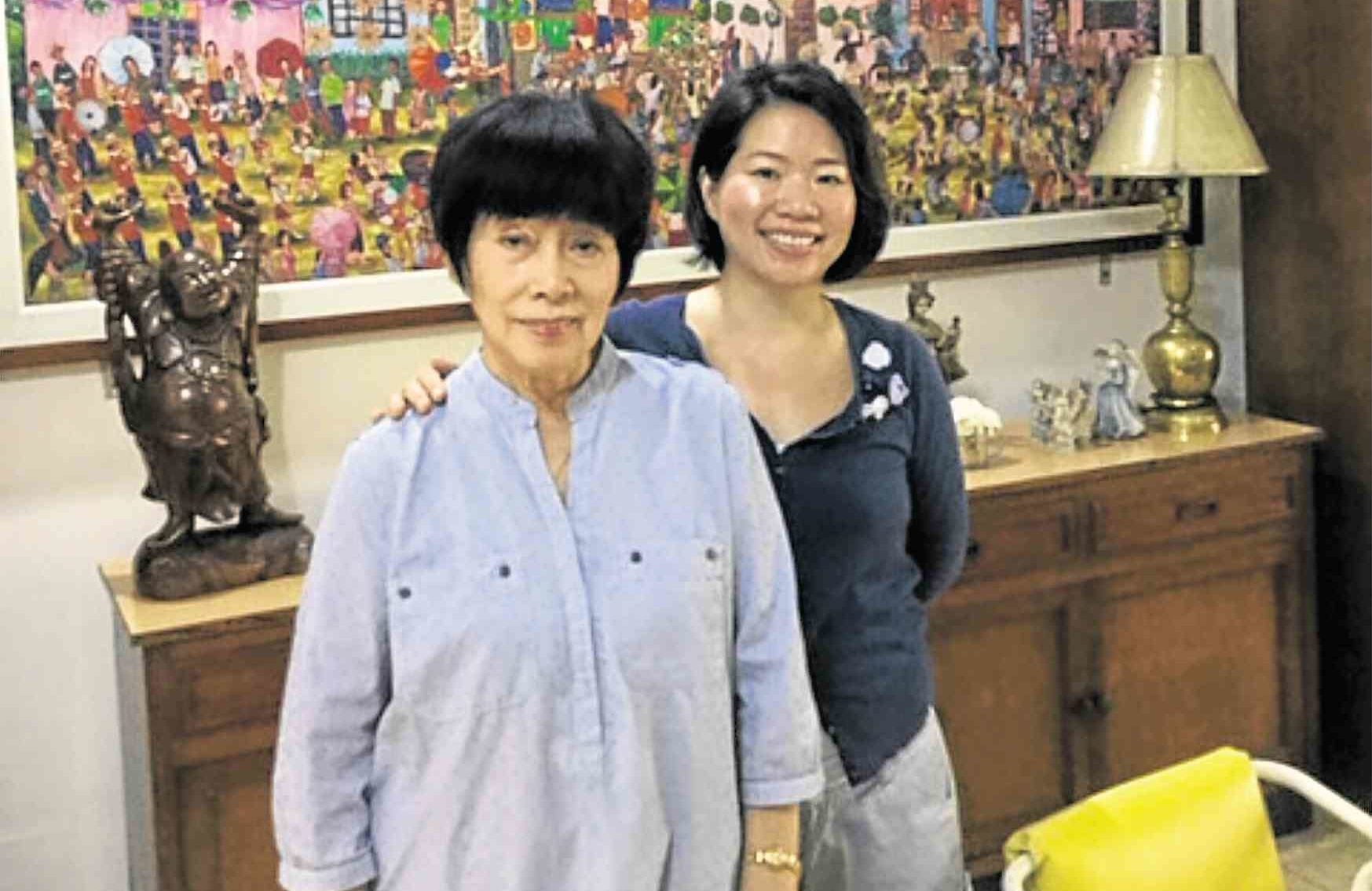 She actually started tinkering with the idea of going into entrepreneurship years prior to setting up Wok With Mom, when she was taking up her Master in Business Administration at Asian Institute of Management (AIM). All of her close friends at AIM were entrepreneurs who started from the ground up.

It did take a while but she was able to apply what she learned at AIM in the building of Wok With Mom, everything from value chain analysis to feasibility studies, pricing comparisons, brand marketing to establishment of a strong company culture, which is built around her mom’s love for cooking, for creating traditional Chinese dishes for gatherings of friends and families.

March 8, 2018, was the official first day of business, with Lim propelled by the prayers from January, when her Church had its annual prayer and fasting.

“By the end of that month, I had mom and her team test and retest the eight-treasure chicken (we tested six times). My favorite was when one of my friends [brought her] teenager who has Down Syndrome. [Her son] said it’s his favorite and started calling me the chicken girl. That gave me the courage to just go ahead and try it out to the public,” she says.

After more than a year, Lim says she has been gaining much ground. She is determined to carry on but she is the first to admit that going into entrepreneurship is quite a leap and sometimes more challenging than being in the corporate world with a guaranteed paycheck.

In the beginning, she also had many nerve-racking moments, in the search for new customers and reliable suppliers. She also had to deal with drivers delivering food trays to the wrong customers.

“One of the deliveries was for a lola who did not eat her morning snack so she can have a good lunch feast. The driver did not read the address carefully and gave it to her neighbor who ate it! I made sure to visit the very cute lola within that week with a complimentary tray and she was indeed the sweetest. It was really cool as well to get repeat orders after meeting lola and her grandkid,” Lim says.

While the work hours tend to be longer and the challenges daunting, Lim says there is also time for a lot of celebrations that are absent in the 9-to-5 milieu.

“The best feedback received was, ‘I remember my grandma/mom/dad’s cooking when I tasted your dish … brought back good memories,’” she says.

It was during her fourth month when she said to herself that she was on to a good thing and that she was ready to pursue the venture full time. That was when she got orders from people who were not among her circle of family or friends, meaning that her mom’s dishes were reaching people outside her sphere of influence, people who wanted to have their own taste of home and family.

Wok with Mom has a limited menu of just 10 dishes including Cha Misua Birthday Noodles, Pork knuckles braised for four hours, Summer Vegetable Lettuce Wrap and Baked Citrus Spareribs, and Lim says she does not apply normal business practices like maximizing all orders and productivity because her mother is already 79 years old and because she values God and her family’s wellness.

Given the fulfillment she now derives from the business she shares with her mother, Lim has pieces of advice for those who are looking to also leave their corporate jobs for a chance at entrepreneurship.

“Be prepared—savings for two years will be helpful including emergency expenses. Have faith always that God has a good plan for you. And work hard—don’t just sit there and think this is your only focus during the startup. You will still need to hustle with consulting jobs/part-time projects to make ends meet,” she says.

“But always make business decisions based on a scenario of ‘If you are not lacking in funds, what would you do?’ The extra mile, the extra quality, really goes a long long way to creating bigger customer goodwill,” Lim says.

Read Next
Goings-on
EDITORS' PICK
Wilder says costume wore him down before Fury did
Robredo: Edsa is proof that strongman rule will not succeed
Here’s How Protein and Calcium Deficiency Can Affect Your Kid’s Health
Mallorca City: Home of Cavite’s finest industrial hub
Duterte: Set aside petty political differences to ensure Edsa legacy lives on
LOOK: Veterans of 1986 People Power remember bloodless revolution
MOST READ
Dominguez: ABS-CBN account on unaired ads ‘does not tally’ with Duterte campaign experience
‘May asawa po si sir Carlo Katigbak’: Vice Ganda to fans curious about ABS-CBN CEO
Jordan: ‘When Kobe Bryant died, a piece of me died’
Kirk Douglas leaves most of $61 million fortune for charity, nothing for son Michael — report
Don't miss out on the latest news and information.

Robredo: Edsa is proof that strongman rule will not succeed