Restroom for all: a gender neutral design | Inquirer Business

Restroom for all: a gender neutral design 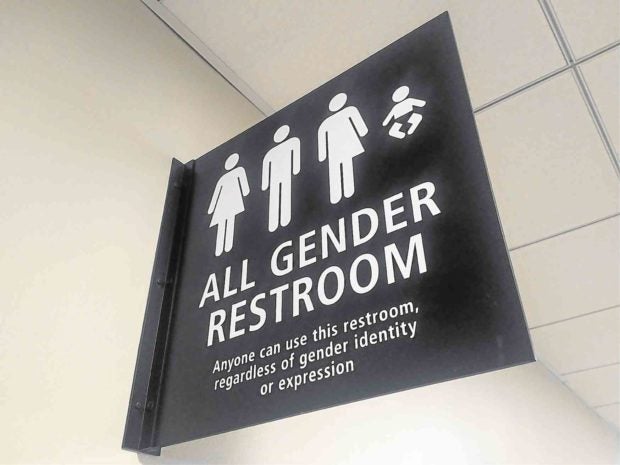 Boys wear blue and girls wear pink. This has been the general expectation on how the society wants to see people dressed. But times are changing and the societal and cultural views are evolving.

People are becoming more aware of the seemingly subtle gender-biased comments and roles assigned by society. The blurring of lines between what should be his and hers is causing the rise of what we call gender neutrality. One aspect of this is the concept which involves the importance of gender neutral spaces and designs.

The restroom as focus

When one thinks of gender neutral space or design, the public restroom would often come to mind. The notion of gendered bathrooms is not an issue in the retreat of our own homes.

But for non-gender conforming users, the uncomfortable prospect of choosing which public restroom to enter can be an especially sensitive matter.

The restroom in general is often perceived as an intimate space which shall be treated with utmost privacy and even sometimes, personalization.

However, when one looks at its proxemics, the individual toilet stalls are the only intimate areas, where only one person could be using it at a time. The sink and counter areas meanwhile are considered to be under the personal to social radius under the proxemic radar.

Benefits of having a restroom for all

Having a gender neutral restroom in public places answers a number of concerns regarding health, safety, people with special needs as well as the real estate space and utilities. Below are the benefits according to interiorandsources.com:

It answers certain issues on public health and safety

In the survey conducted by the National Center for Transgender Equality in the United States, 12 percent of transgender people was found out to have been verbally harassed in public restrooms, 1 percent were physically attacked and same percentage was sexually assaulted while 9 percent said they were denied access to a bathroom.

This, in turn, forces these respondents to not use public restrooms in fear of being discriminated and assaulted. But over time, the lack of access to a toilet can lead to negative health conditions especially when one really needs to use it.

It accommodates people with special needs

Aside from people who are gender nonconforming, parents with children whose gender are different from them must choose whether they will take their child into the restroom that matches the child’s gender or the one which matches theirs.

More often than not, the choice becomes the latter. However, this may become uneasy when the child reaches their early childhood stage as they become aware of the other restroom users.

Adults with caregivers or personal attendants of a different gender shares a similar problem because not all establishments provide a PWD restroom. At times, the PWD stall is inside the gender-specific restroom. By having a gender neutral one, it eliminates this type of problem.

A single-user restroom is characterized by a single stall having its own toilet and sink. However, this may only be applicable to light traffic and small time developments but it will not work on larger scales or projects. A series of single restrooms will eat up more real estate space than providing a multi-user or the gender neutral one. 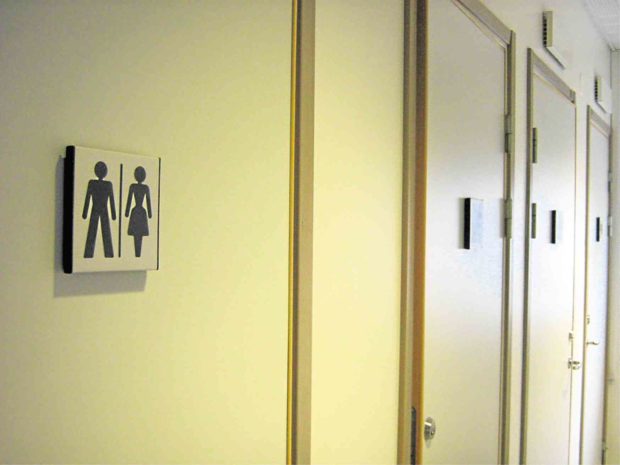 It decreases the waiting time in restrooms

This is primely evident especially in the Filipino mall culture as female restrooms hold up a longer queue while the adjacent male restroom is almost empty. Allowing anyone to use a gender neutral restroom cuts down on the waiting time by allowing people use whichever restroom has an available stall.

Architects, designers, and the national codes

Our national codes do not specify a certain gender neutral restroom for public places. It states the total number of required toilet fixture for two types of restrooms: the male and the female. In addition to that, a minimum number of accessible toilets for differently-abled people should be followed.

But as architects and designers, our main goal is to serve the needs of everyone through proper space planning and design. We can work around the code to meet the standard requirements and then provide a gender neutral restroom, as what is done in the Parañaque Integrated Terminal Exchange or PITX. As several countries try to amend their local codes like the US to promote inclusiveness, we can also revisit ours given the changing needs of the society.

Hostels are one of the establishments where this is currently being done. Majority of the shower and toilet rooms provided are gender neutral while the remaining is female gender-specific.

In universities and colleges in the United States, gender-neutral housing is already being practiced. But it is in MIT where the restrooms and the showers are also gender-neutral. In India, the Tata Institute of Social Sciences in Mumbai was the first in the country to have a gender neutral hostel in its campus.

It suggested that retrofitting current restrooms by swapping the signages for a gender neutral one may work, but this may create a drawback like having urinals out in the open or having a longer queue for a stall. The problem with a urinal is the risk of exposure, thus, it is not recommended to have one in a gender-neutral restroom.

New buildings, however, have the most flexible options. Design strategies can include fully enclosed stalls of standard size and PWD size, providing rooms or alcoves for private needs like caregiving, insulin injections or breastfeeding, as well as separate zones for washing and grooming for a quick and easy restroom access.

Design as a catalyst for change

Design plays an active role in social change. As we move away from the defined norms of gender and age towards a more open, blended and fluid culture, gender neutral design promotes inclusivity therefore eliminating gender biases and discrimination.

As a catalyst for change, architecture and design can influence human behavior in such a way that it directs people of different groups, race and beliefs, on how to use and experience a certain space. In an ideal society, everyone is treated equally.

Architects and designers are in this movement to provide the public with places and spaces they can truly enjoy.

We are part of the movement to make our cities green and sustainable as well as inclusive and empowering—by rethinking not only what the public restrooms should be, but also the overall spatial synergy of our built environment. That’s because design should be a catalyst and an enabler of societal change.

Read Next
First-class shopping experience at Wilcon Sto. Tomas
EDITORS' PICK
House energy committee chair Arroyo bats for cheap electricity
Karding damage to infrastructure at P23M
Reignite your passion with the vivo Y35
Newbie gamers are in for a treat with the power-packed feature of vivo Y16
Bongbong Marcos says PH ‘open for business’ with new Clark Airport terminal
Individuals affected by ‘Karding’ now over 157,000
MOST READ
Angelica Panganiban ‘duguan, sugatang mom’ one week into breastfeeding
LPA enters PAR, may develop into tropical depression
Badoy not with Office of the President, NTF-Elcac, under Marcos admin — solon
Charges readied vs gov’t guard with P290-M deposits
Don't miss out on the latest news and information.