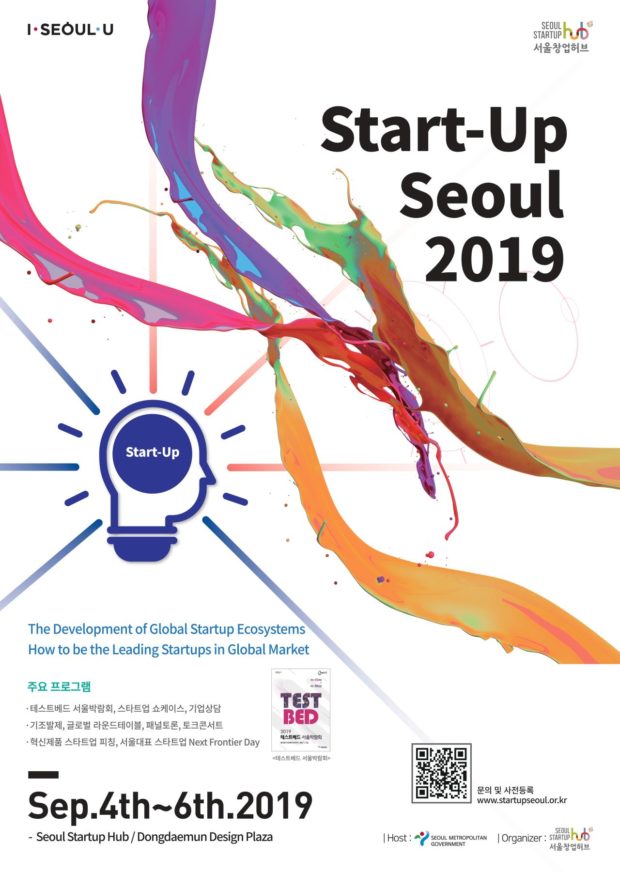 SEOUL — South Korea’s capital city plans to host a tech event from Sept. 4-6 in a bid to redefine itself as an innovation launchpad for foreign entrepreneurs, the Seoul Metropolitan Government said Aug. 27.

Dubbed “Start-Up Seoul: Tech-Rise 2019,” the three-day event will feature keynote speeches and panel sessions by global startup ecosystem experts, as well as a pitching competition, a demo day and seminars. These will take place at four locations in South Korea’s capital city, including Dongdaemun Design Plaza and Seoul Startup Hub.

During the event, the Seoul Metropolitan Government will highlight its pledge to support foreign talent by announcing its vision “Global Open Platform Startup City.”

Seoul expects the event to attract representatives of some 200 startups from 20 countries, including China, the United Kingdom and the United States, as well as 300 participants from Korea and abroad.

“The event this year will allow participants to explore every corner of a startup ecosystem here,” the Seoul Metropolitan Government said in a statement.

In the meantime, on Sept. 5, Seoul will announce plans to reposition itself as home to a startup ecosystem under the motto of being a “Global Open Platform Startup City.” The new ecosystem will be made up of foreign entrepreneurs, test beds for innovative products and information- and resource-sharing platforms.

The announcement is part of Seoul’s effort to invite foreign human talent and foster resources and tech capacities.

The metropolitan government is moving to create a tech visa — a targeted special visa scheme for foreign talent. It is also looking to extend policy aid for foreign startup founders to settle in Seoul.

In the meantime, Seoul is expected to come up with opportunities for foreign entrepreneurs to pitch tech ideas and create 1,000 incubating spaces for tech startups near business clusters in the city.

Seoul also plans to establish a platform where foreign investors and startups come together, as well as a membership program comprising a network of entrepreneurs and startup-supporting entities in the public and private sectors.