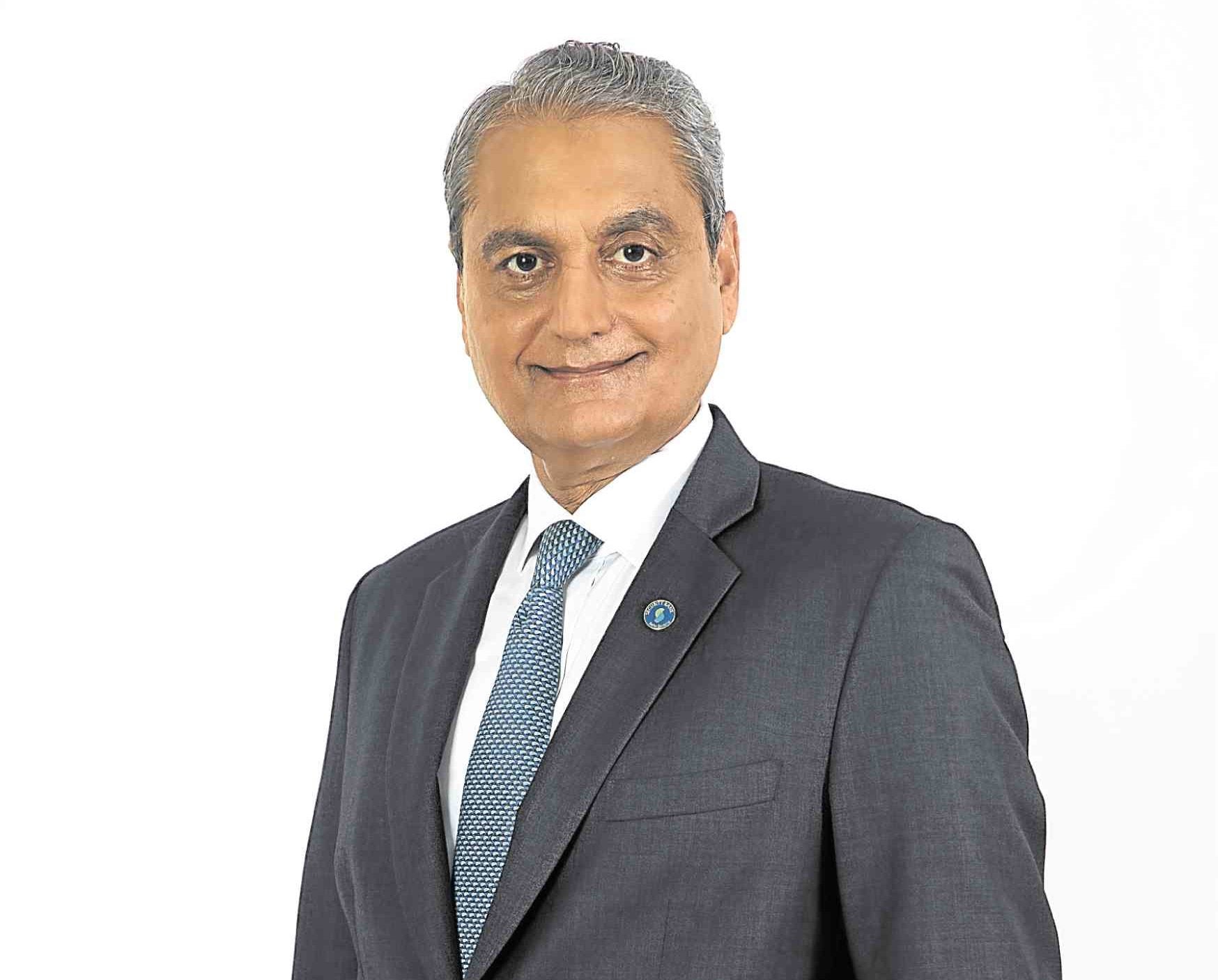 He is the first expat to become the chief executive of a Philippine bank.  But Sanjiv Vohra, who now helms Security Bank, is probably more indigenous at heart than many other locals in this part of the world.

Having spent eight years of his professional life as country chief of Citibank from 2005 to 2013, Vohra has rubbed elbows with many of the country’s movers and shakers.  His daughters have gone to school here, and even met top tycoons like John Gokongwei and the late Henry Sy Sr. who inspired them to become entrepreneurs themselves.

His return to the country to become the new chief of Security Bank—which is 20-percent owned by Japanese banking giant MUFG—also represents this local bank’s positioning into a “hybrid” enterprise.  Simply put, it’s a local bank with access to MUFG’s international network and Vohra’s job is to “connect the dots” and build on what Security Bank has already achieved during its 68-year history.

Before accepting the CEO post, this is exactly what Vohra has been doing for MUFG— building the business where the group could optimize such hybrid presence.

“So I can be as local as I want and yet get the entire network and international presence of MUFG,” he says.

Vohra also previously held a number of senior leadership positions in Asia at Citibank, ABN AMRO Bank, the Royal Bank of Scotland and Deutsche Bank.  It was a leap of faith when he joined MUFG, but what attracted him to this banking group was its commitment to Asia.  At a time when other banks are pulling out of the region, MUFG sees Asia, particularly Southeast Asia, as a gold mine.

The directive is to keep digging deeper and deeper to extract the gold out of the mine.

“It’s already happening and hopefully we will increase connectivity and linkages,” he says.

First and foremost, this strategy helps Security Bank form and deepen relationships with Japanese businesses that are already here.

“We have a Japanese alliance team that works closely with the MUFG branch. There is no other global bank which can provide the soup to nuts to their international clients the way we can,” he says.  Whether it’s payroll, employee insurance, group-life insurance, credit cards, corporate travel and entertainment cards, this group can do the entire supply chain for the clients, alongside its capabilities in the debt and capital markets.

Growing the retail and small and medium enterprise (SME) footprint as what Security Bank has done in recent years to complement the wholesale business, Vohra says, is also the right strategy for any bank as competition for top-tier clients becomes tougher and tougher.

A lot has changed in the Philippine banking arena in the last six years since Vohra was stationed here, and for him, it’s mostly for the better. Local banks have grown much bigger since then, including Security Bank.

The Bangko Sentral ng Pilipinas—reminiscent of what was done by its counterpart in India, has catalyzed the creation of a national payments system that mandates better interbank connectivity. Also, a centralized credit bureau that helps banks better sift through borrowers is now in place whereas Vohra can still remember the time when this was just a mere advocacy.

He says the banking reforms, combined with the rise of digital banking, will level the playing field for all banks because it takes away the advantage of entities with much larger banking network.

For a firm like Security Bank—now the fourth most valuable local bank albeit behind the top three in terms of branch network—Vohra says this is an opportunity.

“We are in the sweet spot—not too big, not too small, so infrastructure will benefit us,” he says.

Security Bank is also keeping an eye on what’s happening in the digitalization space. “You don’t want to be expanding so fast and finding that all that branch structure is not going be relevant in the future,” he says, noting that in Japan for instance, all banks are streamlining branches.

However, Vohra says a lot can still be done with the traditional channels. “Clearly, banks are going to be relevant and the physicality of the bank is going to remain relevant at least in the near future,” he says.

“The big shift is going to happen with the change in the generation. There will be two aspects to it. There’s the retail aspect of it, [or] the current segment which makes the revenues. These are the people who have the wealth. These are the guys who will be most targeted and sought after and that generation is still the late babyboomers and the generation after that,” he says. Before the wealth moves on to the hands of the millennials, he says that’s where the retail banking and wealth management business will still come in the next three to five years.

Digital-only clients are more value-seeking, thus their loyalty may be questioned, he says. “For them to move [to another institution] it’s much easier. It’s like having a telecom player with number portability, you can just switch because there’s very little cost to switch. So … it has to be hybrid, which is to bring the value both for the client and the bank.”

And as banks track macroeconomic performance, a strong Philippine economy can only benefit banks.

Vohra sees this as a good time to bounce back as the country sustains its favorable trajectory.