A call to explore Muslim cuisine 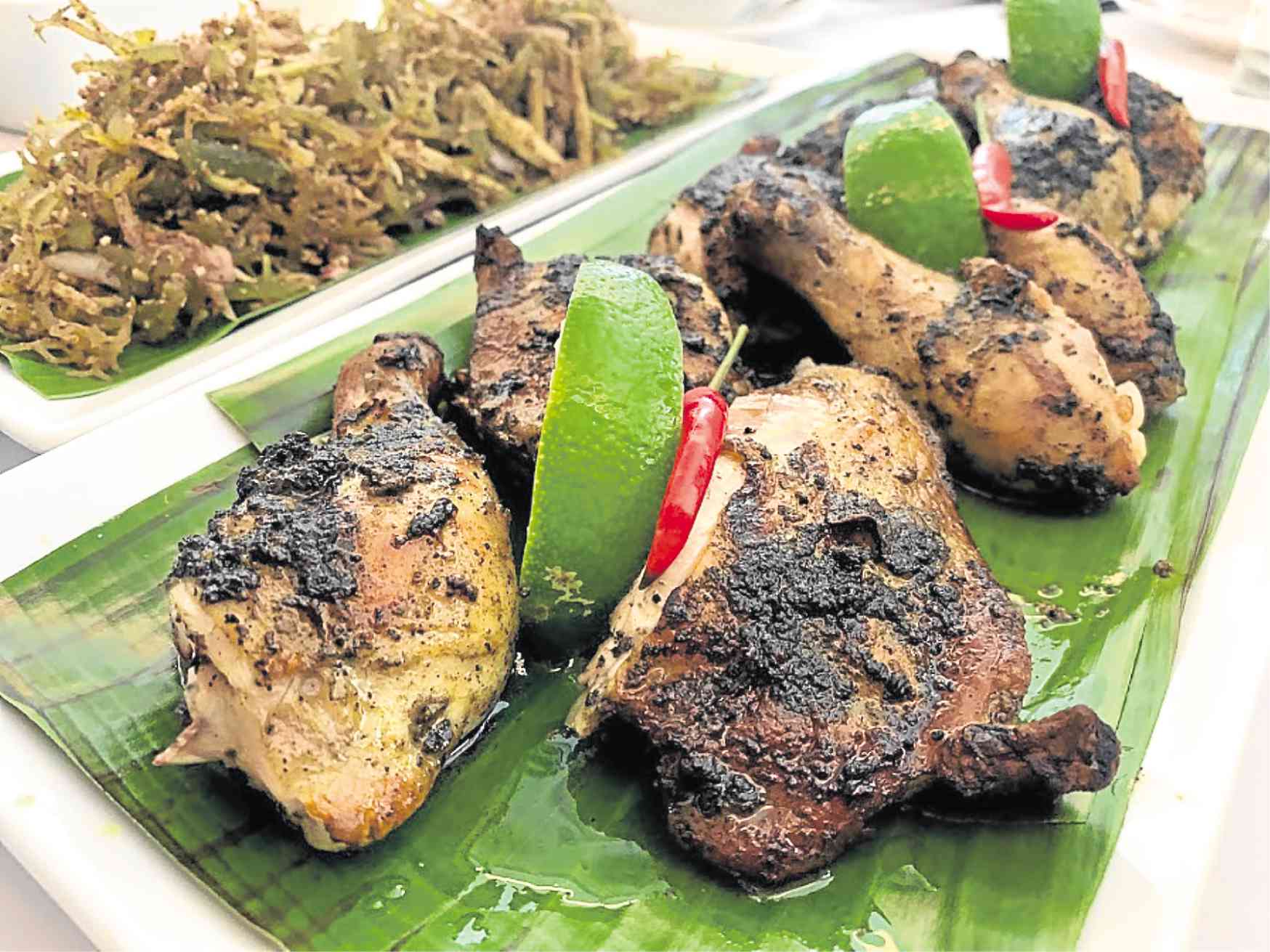 Just this past week, I was reminded of my Muslim heritage when Domini Torrevillas, good friend of our beloved late editor in chief Letty Magsanoc, wrote so eloquently in her column in another paper about “Cuadra, First Muslim Turned Christian Bishop.” She was referring to Bishop Matias Cuadra, my great grandfather, after whom my father, Ephraim Matias, was named.

Bishop Cuadra was a Muslim from Siasi, Sulu, who converted to Christianity, made evangelization his life’s purpose, preached to Muslims in Mindanao, and joined the founders of the United Church of Christ in the Philippines (UCCP) in their mission to spread Christianity around the Philippines.

Recalling my Muslim heritage made me crave Mindanaoan food. It made me remember a sumptuous all-Moro menu whipped up by chef Datu Shariff Pendatun III at Chef Jessie’s Place a while back.

I had the pleasure of enjoying Muslim food at an event of the Culinary Historians of the Philippines (CHOP) organized by Clang Garcia, featuring Muslim chef Datu.

Chef Datu has been corporate chef of a multinational company but today he is known in the culinary world for enlightening us on Muslim cuisine.

During the event, he served Maranao, Maguindanaoan and Tausug dishes and gave a lecture on the history of each dish.

It was an enlightening lunch since we learned not only about Muslim cuisine but also about geography and culture.

For instance, Maranao is not a place. It refers to a tribe— “people of the lake”—who are predominantly found in Lanao del Norte and Lanao del Sur. The symbol of the legendary bird  Sarimanok is associated with them. Meanwhile, the Tausugs are another ethnic group who are  part of the Sulu Sultanate (Bishop Cuadra was Tausug), which used to exercise sovereignty over not just Sulu but also Basilan, Tawi-Tawi, Palawan as well as Sabah and North Kalimantan.

For starters, chef Datu served Inaluban a Haruan, or snakehead in coconut milk and sweet potato leaves. The centerpiece of the dish was the actual head of the dalag. The chef simmered the dalag in coconut milk before adding ginger, turmeric, kamote tops and leeks to break the richness of the dish. 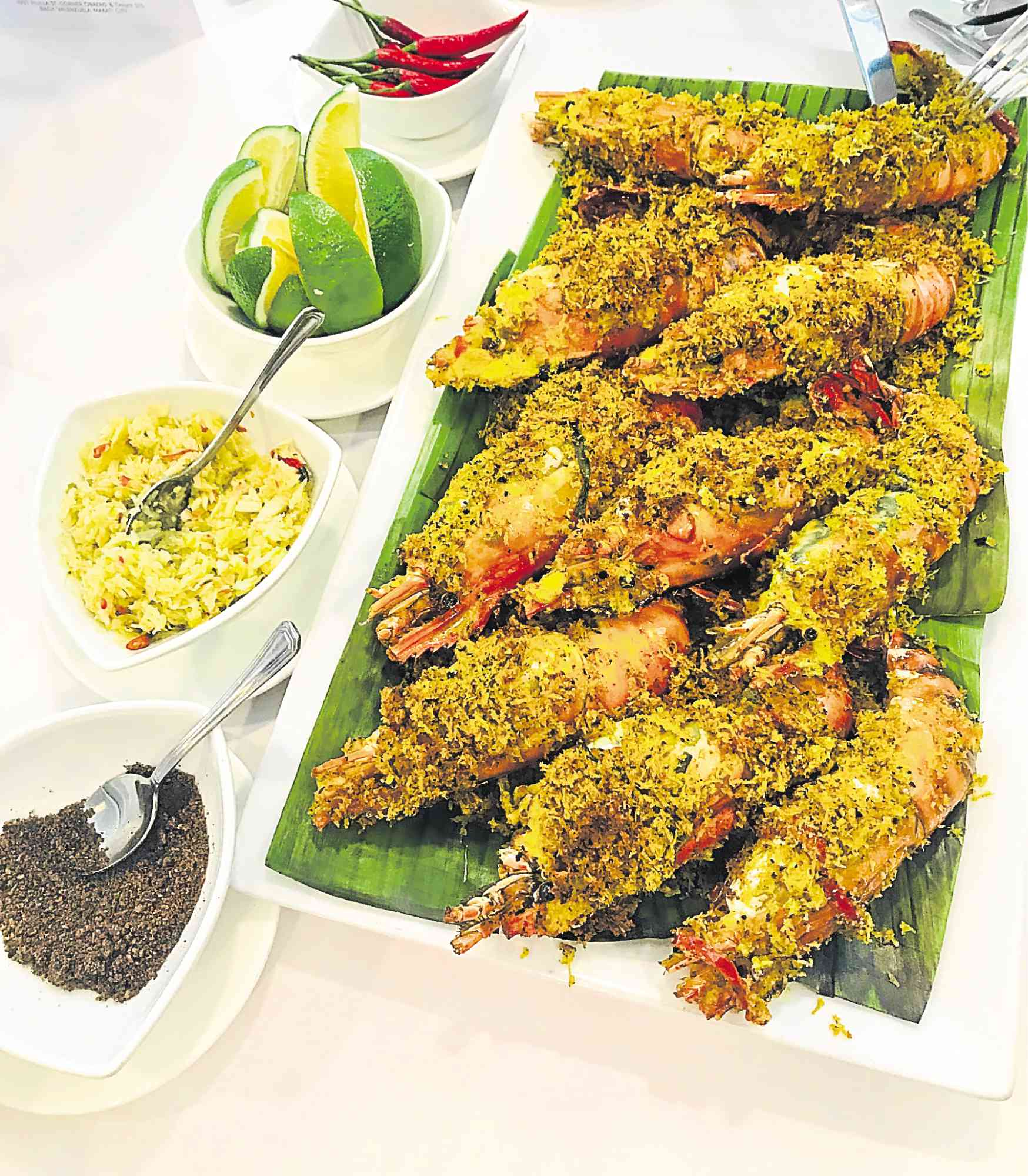 This was followed by another Maranao specialty: Urang Piyaren. What they call Urang, we know as ulang or crawfish. Chef Datu dried out coconut meat then sauteed this with turmeric and chili to create a “dry sauce” that he sprinkled over the ulang.

From Maranao specialties, chef Datu moved to a Maguindanaoan dish: Lininggil a Kambing. Chef Datu hails from Maguindanao and explained that traditionally, this dish is offered when a baby is born. He described it as a kind of rendang, although not as elaborate in terms of spices. He did not use dry spices; instead he used Palapa, a traditional sauce of sakurab (stewed scallion bulbs), ginger and chili.

Asked how he cooked the dish, the chef explained he simply braised the goat in coconut milk until almost dried out, then added the Palapa, which he poured over the goat meat.

This was followed by two Tausug specialties: Agal-agal, which is made of seaweed, green mango and toasted coconut; and Piyanggang Manuk, my favorite because of its sauce of burnt coconut milk.

For dessert, the chef went back to another Maguindanaoan specialty: Sangkerat, which is saba (plantains) in coconut cream.

Guests were in awe of the wide-range of the coconut. Chef Datu himself noted how coconut could lend a dish strong or smokey flavors just by playing with it: by burning it, using the milk, or making it into a cream.  He loves how people react to the play of coconuts with delight.

The delight about Moro flavors is not confined to Filipino foodies. Bon Apetit magazine has featured the Palapa in a 2017 online issue (https://www.bonappetit.com/ story/this-condiment-is-sweet-spicy-garlicky-and-just-ridiculously-good). Its writer, Chris Morocco, discovered Palapa at Bad Saint in Washington D.C. and wrote, “… that Palapa was straight-up beguiling—the word I use when I taste something delicious but have no idea what it is. Spicy, sweet, earthy, and garlicky; we knew there was coconut, garlic, and chiles in it but not much … It went with everything, like a sprinkle-able hot sauce, but one with texture and a range of aromas and tastes that went far beyond just heat.”

There are truly so many overlooked flavors to explore in Mindanao. I am sure these dishes by Chef Datu are just tip of the iceberg. Let’s hope more chefs pick up these flavors.

Maybe we can make Muslim cuisine the next trend in the Filipino food scene.