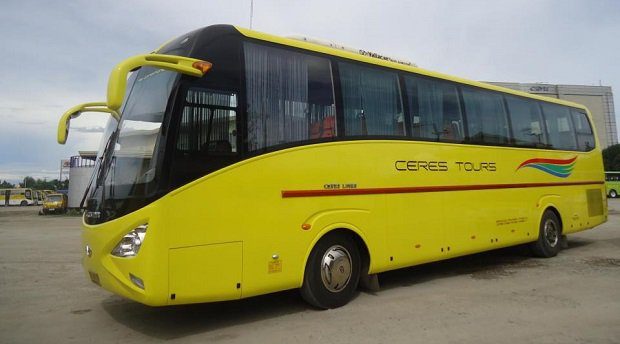 MANILA, Philippines–The majority stockholders of Bacolod-based Vallacar Transit Inc. have reorganized the board of the country’s largest bus transport company a few days after retaking control of the firm from a rival faction of Yanson family siblings.

In a statement, the group led by family matriarch Olivia Yanson also elected a new set of directors who, in turn reelected Leo Rey Yanson — the youngest of the brood — as the firm’s president, six weeks after he was ousted by four older siblings in a surprise boardroom coup.

The special stockholders meeting was held at the company’s main office in Barangay Mansilingan, Bacolod City. Apart from Olivia and Leo Rey, the new board also included Ginnette Yanson-Dumancas and Charles Dumancas as members.

Apart from their board seats, they also assumed dual roles in the firm. Olivia — who co-founded the bus network with a single jeepney in the 1960s — was named corporate secretary, Charles as vice president, and Ginette as treasurer.

“The board of directors also passed resolutions tasking the company’s legal team to recommend possible legal actions against Ma. Lourdes Celina Yanson-Lopez over her P380-million outstanding obligation to the company in accordance with the audit report from SGV, and on the results of the cash, property and asset inventory audit including documents at the Main Office and South Terminal,” the statement said.

SGV was appointed as the corporation’s external auditors for the year 2019.

Vallacar Transit Inc. is the largest subsidiary of the Yanson Group of Bus Companies and is the company behind Ceres Liner and Sugbo Transit.

The Yanson Group, the parent company, is one of the largest bus conglomerates in Southeast Asia which operates more than 4,000 buses nationwide. Established in 1968, the 52-year-old conglomerate founded by the late family patriarch Ricardo Yanson Sr. now has a total of 18,000 employees who provide transport services to 700,000 passengers daily.

A boardroom battle ensued on July 7, 2019 when four Yanson siblings, in a purported special board meeting, unseated Leo Rey Yanson as the president of Vallacar Transit Inc. Leo Rey was subsequently replaced by his eldest brother Roy Yanson.