TOKYO – Asian shares were higher Monday, as investors continue to rejigger their read on President Donald Trump’s trade war and growing worries about slowing economies around the world. 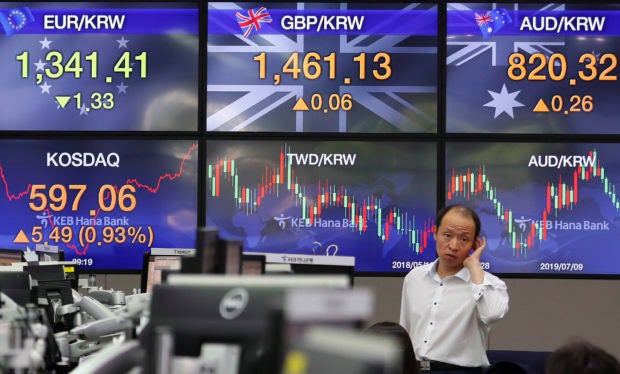 Wall Street stocks and other investments had heaved and dropped all week, hitting a crescendo on Wednesday when a fairly reliable warning signal of recession flipped on in the U.S. Treasury market.

Investors are hoping that the Federal Reserve will continue to cut interest rates to shore up economic growth. The central bank lowered interest rates by a quarter-point at its last meeting. It was the first time it lowered rates in a decade.

Investors are also worried about Trump’s shocking announcement on Aug. 1 that he planned to extend tariffs across virtually all Chinese imports, many of them consumer products that were exempt from early rounds of tariffs. The tariffs have been delayed, but ultimately will raise costs for U.S. companies bringing goods in from China.