All eyes up north on this Pampanga address 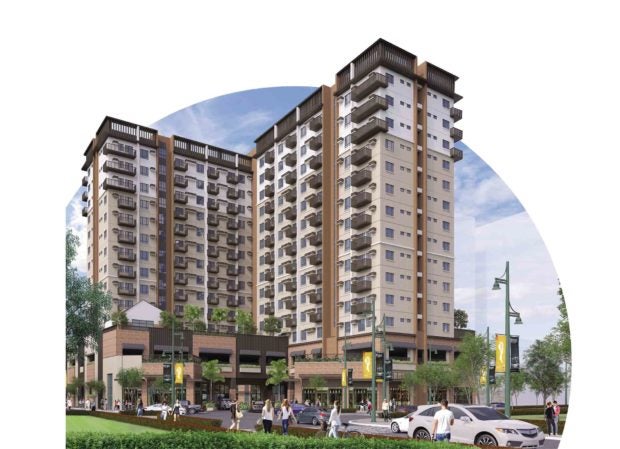 Bryant Parklane boasts of one-of-a-kind amenities in condo living, which include functional shared spaces in its lobby that allow residents to interact and collaborate.

If there’s one place north of Metro Manila that’s enjoying its fair share of attention as it transforms itself into a smart progressive city, it’s none other than the City of San Fernando in Pampanga.

For one, San Fernando is poised to benefit significantly from all the “Build, Build, Build” infrastructure developments that are currently in progress up north. Tagged as the gateway to the North, the city is conveniently linked to the rest of Metro Manila via the North Luzon Expressway (NLEx), the emerging Clark City in Subic, Zambales, and other neighboring tourist destinations and economic hubs in Northern Luzon. Just recently, San Fernando was also named as one of the country’s “Most Competitive Cities”—a strong proof of how this cultural, heritage, and tourism hub is finally reaching the pinnacle of economic success.

As San Fernando lives up to its billing as a prime example of how capital cities outside Metro Manila should pursue progress, a slew of more vibrant opportunities also come into play, and this includes the chance call the city’s growing landscape as home. Now, homebuyers looking to take part in San Fernando’s dynamic transformation can do just that by claiming their own corner of the city via Bryant Parklane, property giant Megaworld’s new residential condominium development and its second one inside the 35.6-hectare Capital Town Pampanga township.

Derived from New York City’s famous Bryant Park, the 16-storey residential tower offers 463 units ranging from Studio (up to 28.5 square meters) and One-Bedroom (up to 41 square meters). Select units have their own balcony and lanai.

The key highlight of this new residential project is its first-of-its-kind lobby concept, which features bi-level functional shared spaces and receiving area. Indoor bike racks also form part of the lobby’s unique design. The lobby will also be featuring some of the development’s amenities such as a Daycare center with hammock area, Turf Lounge, Pingpong Café, and the Library.

“In Bryant Parklane, we want to encourage interaction among residents, and at the same time, foster a sense of community. The lobby will become a venue for residents to hang out and interact with each other at any given time of the day and night. This makes this new residential project unique and one-of-a-kind, never been seen before in any of our developments,” explains Eugene Em Lozano, first vice president for sales and marketing, Megaworld Pampanga. 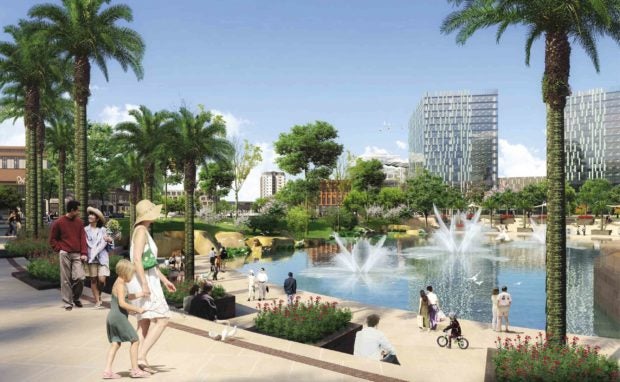 Designed to be a catchment basin during the rainy season, residents can also walk around the Rainwater Park, a two-hectare open space featuring recreational amenities, including a children’s play area,

The residential tower will also host some retail areas at the ground level.

Bryant Parklane is due for completion by 2024.

Capital Town is Megaworld’s first township development in Central and Northern Luzon. Formerly the site of the Pampanga Sugar Development Company (PASUDECO), the township is located near the Pampanga Provincial Capitol.

Pampanga Capital’s Rising CBD
Megaworld’s Capital Town is rising in the heart of the City of San Fernando, Pampanga

Aside from residential towers, the township will also be home to a Shophouse District featuring neo-classical architecture, a lifestyle mall, office towers, museum, leisure parks and green spaces, as well as wide avenues and boulevards that would connect them to the major highways in the city that lead to NLEX and the Clark International Airport.