By the middle of next year, the Philippines may very well have its first and only LEED Gold-certified airport with the expected opening of an iconic new terminal in Clark.

Potentially securing this renowned certification from the US Green Building Council will perhaps serve as the most concrete proof that the new terminal of Clark International Airport will be nothing less than a modern, sustainable architectural marvel, a showcase of cutting edge infrastructure, and a legacy project that will boost the country’s competitiveness in the global investment community.

Without a doubt, the completion of the new terminal sometime in July next year is poised to become a massive gamechanger for a country that has long been reeling from the congestion woes in its main gateway, the Ninoy Aquino International Airport (NAIA).

An added bonus would be the stunning, sweeping views of nature that the terminal can offer to passengers and the well-wishers: the Sacobia mountain ranges, Mt. Arayat, and lush open spaces, said Vivencio B. Dizon, president and CEO of state-run Bases Conversion and Development Authority (BCDA). 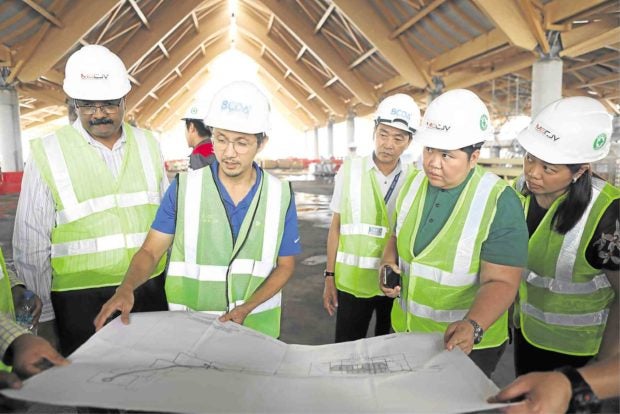 BCDA president and CEO Vivencio B. Dizon (second from left) explains the plans for the new terminal.

“(This terminal) is so important not just for Clark and New Clark City, but also for the entire country because we desperately need a new international gateway that is world-class. We all know that NAIA is running at way above its capacity, that’s why we need this new hub for both entry into the Philippines and exit to other tourist destinations in the country and rest of the world,” Dizon explained while he toured Inquirer Property inside the new terminal.

A consortium led by Megawide Construction Corp. and India’s GMR Infrastructure is constructing the new terminal, which has an area of 110,000 sqm. It will have a total of 18 passenger board bridges and 23 gates. Should passenger volume increase over time, the terminal can be readily expanded.

This new facility is said to be the fastest infrastructure project to be implemented by the national government, setting the template for all other projects under the “Build Build Build” program. It is also the first hybrid PPP project implemented under the Duterte administration. 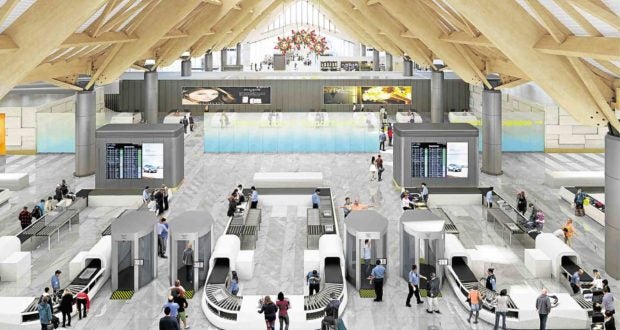 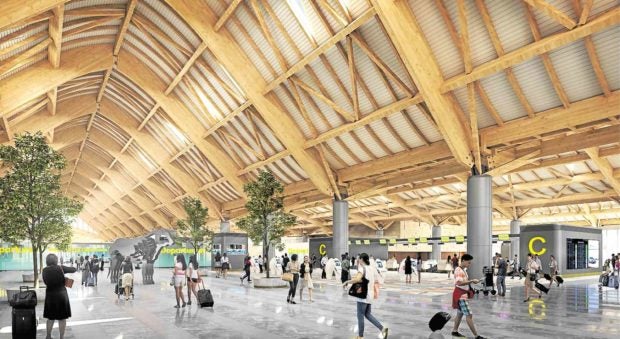 The new terminal’s design takes inspiration from the mountain ranges of Luzon as seen in its undulating roof. Inside, passengers will be able to wait for their flights with much comfort and ease.

As it is, one cannot ignore the significant contributions this new terminal can offer to the country in terms of boosting competitiveness, driving industries and economic growth, generating fresh quality jobs and uplifting communities. So why was there a need to go for LEED?

Dizon admitted that getting such a certification will be challenging, but a good challenge nevertheless—more so for New Clark City since BCDA is also eyeing to secure a LEED certification for the first phase of development comprising 40 ha.

The main idea behind this, the BCDA chief explained, is for the Clark Airport and New Clark City to be green, sustainable and resilient. But the problem there is, how do you sustain that? How do you protect it moving into the future?

“So it’s another way for us to push the sustainability of the project, to protect it. That’s why it’s worthwhile for us to do this now, to get this airport and the New Clark City to be certified,” he further explained.

What is also good about LEED, he continued, is that it will not only assess the building, which means it will consider a number of factors including energy efficiency, natural lighting, water recycling, emissions, airconditioning, among others. It also measures the socio-economic impact of the project.

Dizon pointed out that the economic impact of the new terminal is clear. With this, you can immediately increase the potential of businesses not just within Clark or Region III, but up to Northern Luzon, thus providing more opportunities.

The key, he added, is inclusivity because this new airport terminal will not only benefit the foreign investors but more so, the whole country. With this facility, you’ll have businesses coming in, generating additional employment, spurring livelihood, encouraging corporate social responsibility projects that will benefit surrounding communities. And all these will not be possible without a modern, sustainable infrastructure like this airport and its new terminal, Dizon further said.

Indeed, this new terminal at the Clark International Airport offers a wealth of prospects and opportunities, as well as a promising future that may help prepare the Philippines to ride that next wave of economic growth. And it’s good that the BCDA is pulling out all stops to turn such a dream into a reality. 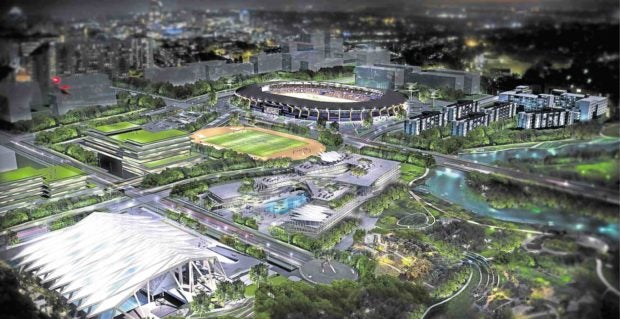 BCDA is also looking to secure a LEED certification for New Clark City.