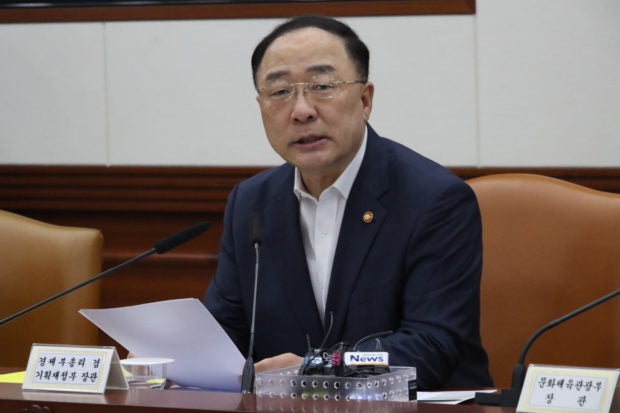 (Yonhap) via The Korea Herald

SEOUL — South Korea’s finance minister said Wednesday the government plans to spend a whopping 16.5 trillion won ($13.5 billion) on social infrastructure projects this year, in a bid to revitalize the economy, which has been losing steam due to falling exports.

Government infrastructure spending over the July-Dec. period is to include 5.1 trillion won on public housing projects and 5.2 trillion won on railroads, according to Hong Nam-ki, minister of economy and finance.

The announcement came amid rising concern that the South Korean economy is suffering a slowdown in the face of a sharp drop in exports.

Outbound shipments decreased 11 percent in July from a year earlier, extending their on-year fall to an eighth consecutive month.

Hong said the government will also invest around 100 billion won annually on research and development in areas such as the non-memory chip and next-generation automobile industries.

Such measures will help South Korea ease its technology dependency on Japan, which recently removed Seoul from its list of trusted trade partners. Yonhap